If you have been waiting for your Steam Deck reservation, we have good news for you. Valve's Lawrence Yang has confirmed that they are now producing Steam Deck systems at a faster than expected rate, and as a result some Q4 customers should now receive their units on Q3 2022.

Below is what Valve's Lawrence Yang had to say about the company's boosted Steam Deck production rate. 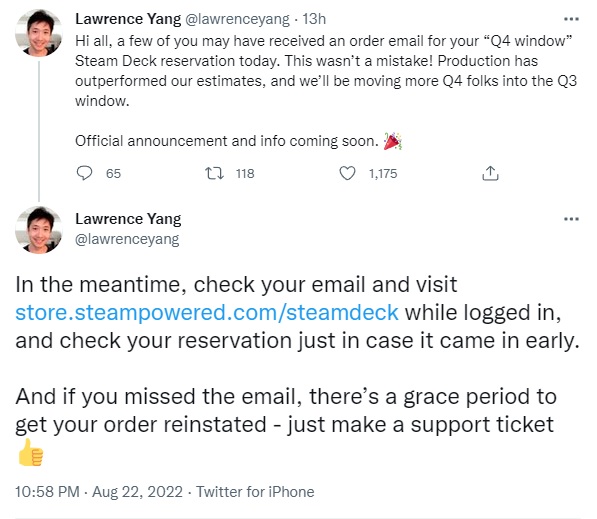 With Valve's Steam Deck being a portable gaming PC, the system has also proven to be popular for game emulation, offering users the CPU and graphics horsepower to play classic games from older consoles. Some gamers have even emulated Xbox 360 games using the system, as can be seen here.

You can join the discussion on Valve's Steam Deck production outperforming Valve's expectations on the OC3D Forums.