Already got a GPU? These systems may be for you

The UK systems builder Fierce PC has just launched a new range of gaming-oriented systems, none of which feature a GPU. This is Fierce PC's "No GPU" range of systems, and they "will not boot up" without a graphics card.

The PC market currently faces a GPU shortage, with GPU demand being sky-high from gamers and cryptocurrency miners alike. While Fierce PC has not revealed why they have created a GPU-less range of gaming PCs, today's GPU shortage has probably prompted the creation of this new product lineup.

In today's PC market, one of the primary draws of pre-built PCs is that they typically ship with a graphics card. When standalone graphics cards are often selling for 2x their MSRP on eBay, pre-built PCs have quickly become a valuable option for PC upgraders.

Fierce PC has marketed its new range of "No GPU" systems at those who already own a graphics card. This marketing makes sense given the current state of the market, as gamers cannot buy a new graphics card today without paying an insane premium.

You can learn more about Fierce PC's No GPU Range of Pre-built PCs here. 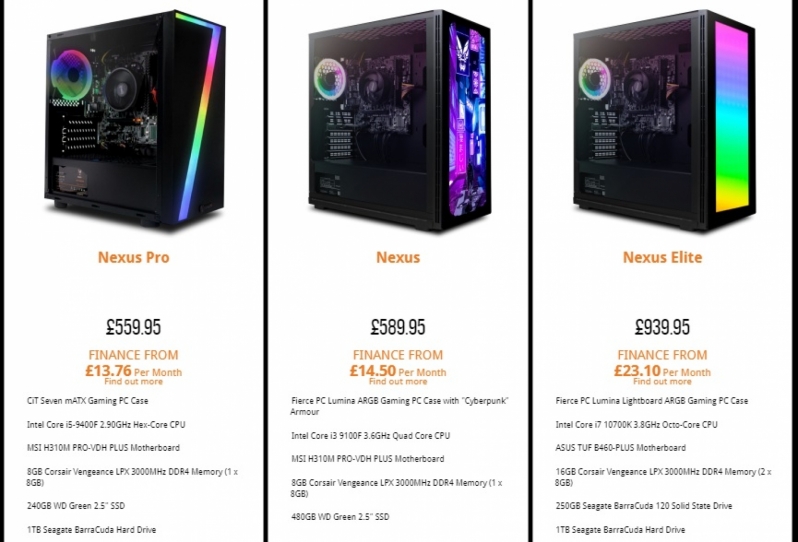 You can join the discussion on Fierce PC's "No GPU" series of pre-built systems on the OC3D Forums. 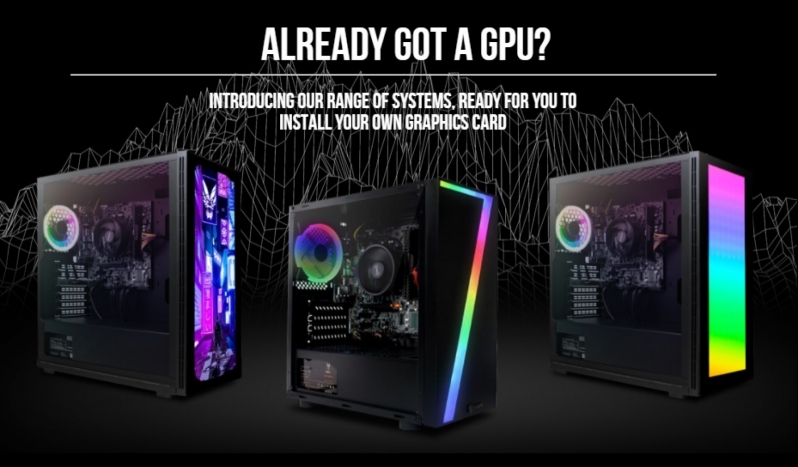