While it may be underpowered when compared to rivalling current-gen consoles, Microsoft's Xbox Series S console does have its appeals. For one, it's readily available, which is something that can't be said for Sony's PlayStation 5, and its low pricing makes the system the cheapest way to enter the current-generation console ecosystem.

For Black Friday, Microsoft's Xbox Series S console has become available for £189.99, the system's lowest ever price. This system launched for £249.99 in the UK, making today's console price a 24% discount.

If you add on the value of Microsoft's Xbox Game Pass subscription service, Microsoft's Xbox Series S system easily becomes one of the most affordable ways to game. The hardware costs are low, and Game Pass gives gamers access to a larger and everchanging game library. If affordability is something that you want from your next gaming system, it is hard to argue with what the Xbox Series S and Game Pass offers. 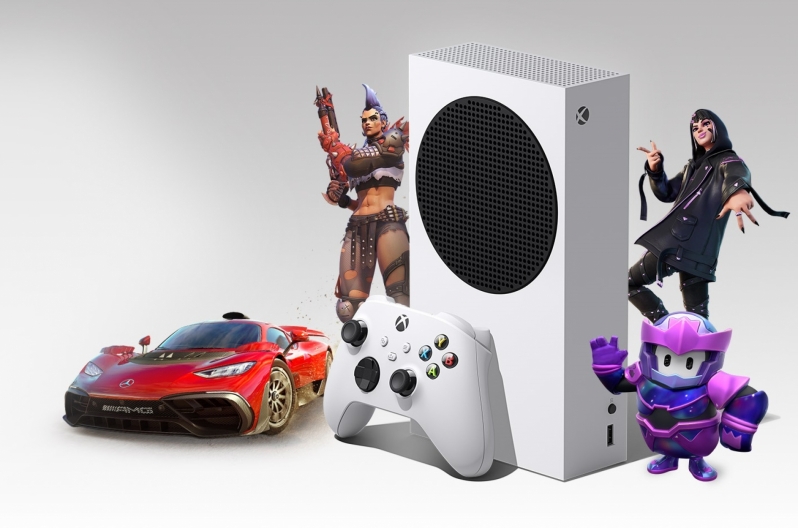 The downsides of the Series S

If you want a current-generation console with a low asking price, the Xbox Series S is basically peerless. At today's prices, the Series S is available to less than half of the price of an Xbox Series X or PlayStation 5, and while the console is less powerful, it can play all of the same games as its more powerful counterpart. In terms of its value proposition, it is hard to beat Microsoft's Xbox Series S.

You can join the discussion on Microsoft's Xbox Series S becoming more affordable this Black Friday on the OC3D Forums.

KingNosser
For young kids and parents on a tighter budget why not, it's perfect for them and the kid gets his or hers fortnite kick