Valve releases CAD files for their Steam Deck system - You can 3D Print One!

What do you think modders will create?

Valve has made it easier to modders to create their own Steam Deck mods, cases and shells

Valve's Steam Deck is due to launch in less than two weeks, and a lot of gamers are excited. Early reviews have been positive, many PC gamers are excited to take their PC gaming journeys down the ultra portable route.

On Friday, Valve made it easier for Steam Deck fans, PC modders, and accessories makers to create add-ons for their system by released CAD files for the Steam Deck's external shell. This will allow manufacturers to create protective shells for the system, custom carry cases, display stands, and other add-ons for the system. With these files being readily available, their use in limited only be the creativity of Valve's userbase.

One criticism of Valve's Steam Deck system is its size. The console is massive, any many would-be purchasers are concerned that the system is too large. The good news for these users is that these 3D files can be used to 3D print a Steam Deck shell, allowing you to hold a Steam Deck replica on your hands before the handheld's launch. While a 3D printed model will not be the same weight as the full system, it will allow you to judge if Vale's gamepad controls are comfortable in your hands.

Hello! Good news for all the tinkerers, modders, accessory manufacturers, or folks who just want to 3D print a Steam Deck to see how it feels.

Today we're making the CAD files for the external shell (surface topology) of Steam Deck available for download under a Creative Commons license. This includes an STP model, STL model, and drawings (DWG) for reference. You can find the files here.

We're looking forward to seeing what the community creates! 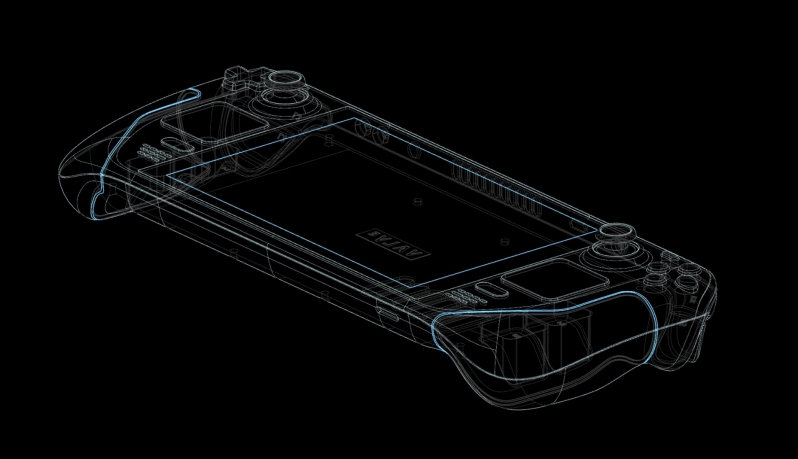 Valve has confirmed that their Steam Deck handheld PC gaming system will be launching on February 25th, when the company's first batch of order emails will be sent to those who have reserved a system.

After reservists receive their emails, they will have 72 hours to order their Steam Deck handheld, after which their deposit will be refunded if they do not order a unit. Valve's first batches of Steam Deck systems will he shipped on February 28th, three days after initial orders go live.

Following Valve's initial wave of orders, the company plans to release a new wave of reservation/order emails on a weekly basis. At this time, it is unknown how long it will take Valve to push though their backlog of Steam Deck system orders.

You can join the discussion on Valve releasing CAD files for their Steam Deck system on the OC3D Forums.