A month after Valve revealed the system...

A month has passed since Valve revealed their Steam Deck PC gaming handheld, and only now has Valve released that their YouTube channel exists, releasing a new video called "Introducing Steam Deck".

In their video, Valve calls their Steam Deck system "the most powerful gaming handheld in the world", discussing the system's myriad of control options, MicroSD storage expansion and support for "features you'd expect" like Steam cloud save support, Steam chat, and Steam in-home streaming.

Within the video, Valve's Steam Deck is shown playing Ghostrunner, Prey, Star Wars Jedi: Fallen Order, Death Stranding, Slay the Spire, and The Ascent natively. While Control is also shown, it's implied that Control was being played through on the Steam Deck through Steam in-home streaming. While Valve's video ends by saying that the Steam Deck "starts shipping December 2021", it is worth remembering that those who reserve the system now are expected to receive their handhelds in Q2 2022.

This is the first video that Valve has released on their YouTube channel for over eight months. At this time, it is unknown why Valve has waited a month before revealing their Steam Deck system on YouTube and whether or not Valve plans to release more videos about the system soon.

You can join the discussion on Valve's Steam Deck system and its new video on the OC3D Forums. 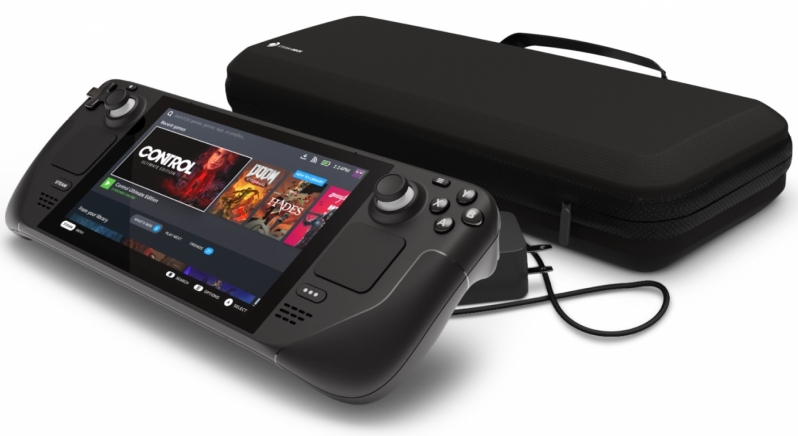 meuvoy
I don't think that's the case, announcing the Steam deck one day, then slowly inviting influencers to interviews about the steam deck throughout an entire month and only then releasing an official video on youtube, makes the Steam Deck remain on the news for the maximum amount of time!

This was premeditated exploration of free advertisement, Steam Deck will remain on the minds of the maximum amount of people now, after an entire month of Steam Deck content non stop. You can see how it has worked as you guys are still covering the product 1 month after it's announcement, while it has still to begin shipping to customers.Quote

looz
I guess it's also due to them willing to monitor what people got wrong, and as a result they underlined that it's a PC and not its own console platform.Quote
Reply