Current laptops not yet affected by price increases

China is reacting to new outbreaks of the Omicron variant of the Coronavirus with partial lockdowns. This could further delay the availability of laptops with 12th Gen Intel Core processors and NVIDIA’s Ti graphics cards, which debuted at the beginning of the year. The first factories have already been closed in Suzhou in the east of the country. Supply chain and logistics bottlenecks, a shortage of certain chip types and price increases are already on the horizon.

Partial closure of factories in Suzhou

While component and chip shortages primarily affected the desktop PC market last year, the situation now threatens to become more serious for laptop manufacturers following recent developments in China. According to a Forbes report, local authorities responded to an Omicron outbreak in the Suzhou Industrial Park in eastern China with a partial shutdown on Tuesday, to break the infection chains. The current measures affect factories such as those of Bosch, the semiconductor manufacturer United Microelectronics Corporation (UMC) and Samsung. Other production plants have already been ordered by the authorities to temporarily shut down and called for regular testing and manpower re-organisation. Suzhou is one of the country’s high-tech development centres and is also home to the factories of XMG’s ODM partners Uniwill and Clevo, among others.

New challenges also lie ahead in the area of logistics, because even components and laptops that have already been produced often only make it to the next factory or to the destination country for sale with a long delay, due to increasingly limited transport resources. The logistics companies are already running at full capacity, which further fuels the increase of transport costs and makes the new laptop generations noticeably more expensive. These increases are in addition to higher purchase prices for individual components, base materials and raw materials.

The lockdowns in some areas of Suzhou are further accelerating these issues: according to local XMG partners, the DHL hub in the city has now also been affected by the shutdowns. 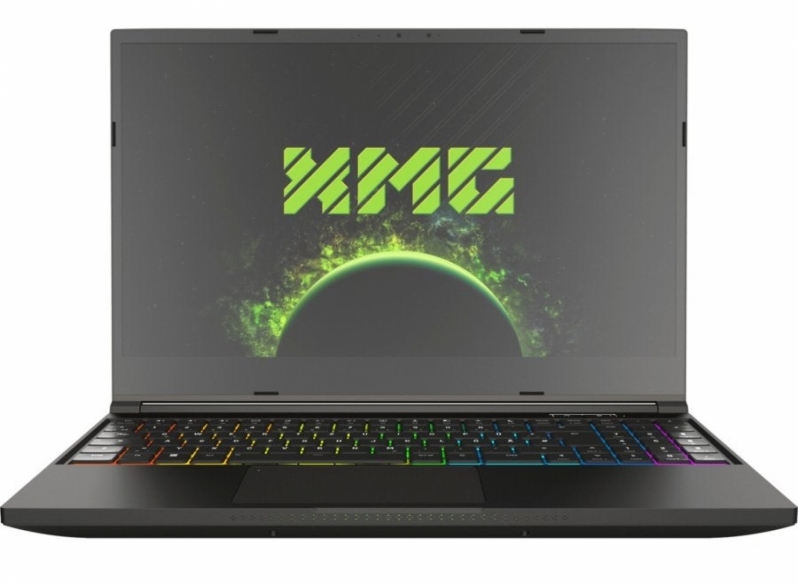 Key components are in short supply

Special key components for laptop production, such as power ICs, are still in very short supply and, if available at all, can only be obtained in a roundabout way and at a much higher purchase price than usual – another aspect that could potentially stall the production of entire model series. According to current media reports, the general IC shortage could continue throughout the industry until 2023.

“At the moment, we are receiving daily updates from our partners and suppliers regarding the postponement of delivery dates. Sometimes these delays amount to several weeks,” says Tom Fichtner, Senior Product Developer at XMG, who is based in Taiwan and thus close to the production artery of the laptop industry. “Although we were able to present our new XMG NEO 15 (E22) with OASIS liquid cooling at the beginning of the year and are still assuming availability from mid-March, other laptops such as the new XMG FUSION 16 or the revised XMG PRO series with Intel’s 12th Gen Core CPUs are still pending. At the moment, it is neither clear when these will be available, nor at what price – because the increasing component shortage and rising logistics costs make early costing and planning difficult.”

Meanwhile, price increases for SSDs are also threatening trouble. The use of contaminated chemicals in two joint semiconductor plants of Kioxia (formerly Toshiba) and Western Digital in Japan rendered at least 6.5 exabytes of already produced memory unusable – roughly equivalent to the capacity of around 6.5 million 1-terabyte SSDs. Together, the two companies are responsible for more than a third of global NAND flash production. As a direct consequence, the market research company TrendForce predicts a price increase of up to 10 percent for the second quarter of 2022.

Current laptops not yet affected by price increases

With this in mind, we recommend all interested parties in need of a new laptop in the near future should neither speculate on the successor models nor on further price reductions – because an easing of the situation is currently not in sight. Due to our long-term forward planning, our warehouses are currently still well stocked with the current high-end laptops. The sales prices of the 2021 models could also be calculated under different and more favourable conditions: Any successor models based on Intel’s new Alder Lake platform, on the other hand, will have to take the higher costs into account, so we expect industry-wide price increases here.

You can join the discussion on XMG expecting new laptop launches to be delayed on the OC3D Forums.