As part of Zotac's 10 year anniversary, the company has announced a new iteration of their VR Go backpack, which comes with dual hot-swappable batteries, a GTX 1070 and a lower mass than their previous VR backpack iteration.
This backpack will be compatible with both the HTC Vive and the Oculus Rift and has two easy to use VR controller holsters, right now the system's CPU choice is unknown, though it is expected to be an i7 6700 or an i5 6600 or a Kaby Lake equivalent.
The VR Go backpack offers a untethered VR experience, allowing players to experience room scale without a long wire dangling around your feet. This VR ready backpack can also be connected to external displays and be used as a fully fledged desktop, giving this PC the option to be used as a LAN PC or as a dedicated gaming desktop. 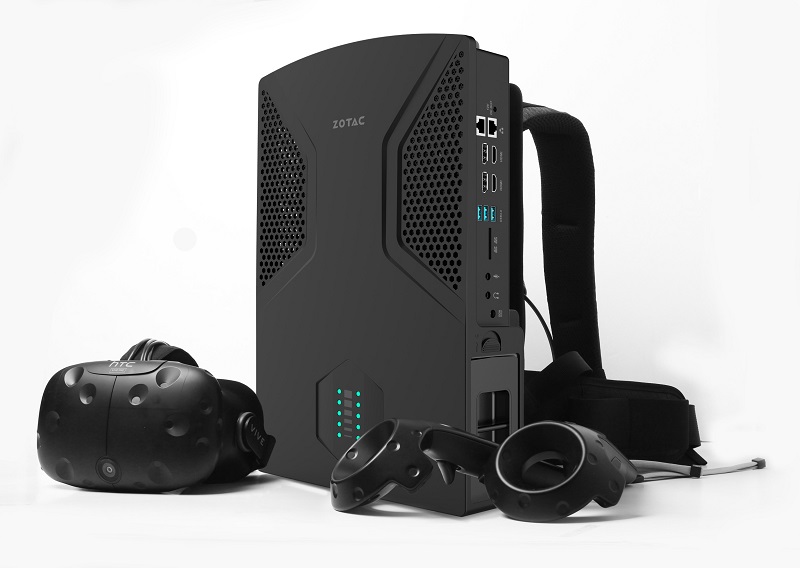 Right now Zotac has not announced the pricing of this VR ready Go series backpack, though it is expected to be available before the end of 2016.

You can join the discussion on Zotac's VR ready Go Backpack on the OC3D Forums.

SuB
I don't get how it can be completely untethered unless they've made the external cameras for Oculus / Vive wireless ? (last I checked, they are not wireless)

And if they haven't, won't that introduce latency in order to implement?Quote

WYP
Quote:
The Vive's don't need to be connected to a PC, just powered on.


The Oculus, on the other hand, needs USB connections, so it wouldn't truly be wireless. I guess this was made with the Vive in mind.Quote

SuB
Quote:
Oh i thought the vive ones were cameras not emitters, in which case, wicked ideaQuote
Reply