Over the last few years, ASUS' Strix series of products have grown and grown in popularity, expanding from GPUs to headsets and even to mice and keyboards. At OC3D, we have even built a system around ASUS' Strix brand, which proved to be exceptionally popular on both our forums and at trade shows across the UK.

Now the Strix brand has moved all the way from high-end Graphics solutions to high-end audio solutions, which will be suitable for both gamers and audiophiles alike. 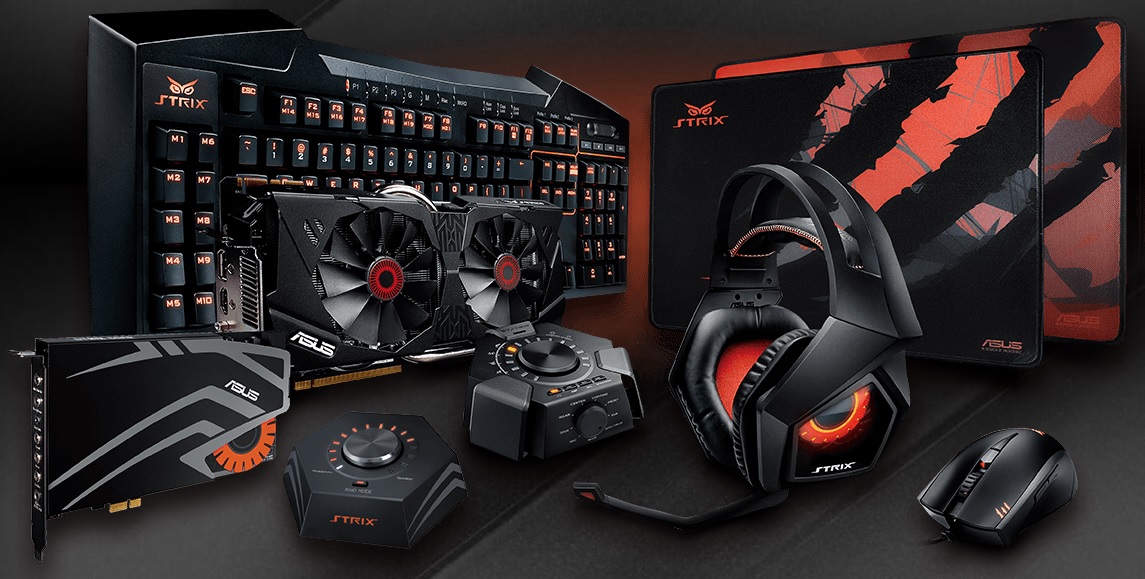 ASUS' Strix series of Audio cards will come in 3 flavours, from the more modest Strix Soar to the more feature rich Strix Raid PRO to the enthusiast grade Strix Raid DLX, which offers an industry leading Signal to noise ratio of 124dB.

The Strix Soar will be the cheapest of the Strix soundcards, offering the basic soundcard without ASUS' Raid features or the external volume control wheel. This model can still make full use of ASUS' Sonic Studio software and Sonic Radar Pro audio positioning within games.

The Strix Raid Pro soundcard will add the independent volume control dial and Raid mode capability, which will allow the user to more easily switch between headphones and speakers and be able to adjust mic volume and bass boost on the fly with Raid mode.

The Strix DLX is the Audiophile grade model which features the highest available audio fidelity within the range, offering an industry leading SNR of 124dB 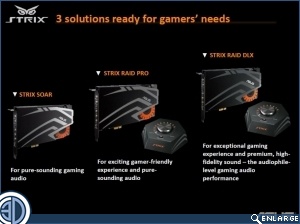 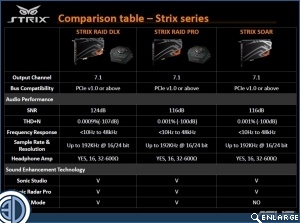 ASUS has had a long history of producing some of the most popular and well received audio cards of the past decade, from the XONAR and Essence series of products and has been redefining what enthusiasts can expect from onboard audio on their high-end motherboards in recent years.

The Strix series of Audio cards have been designed by the same team that created the XONAR and ESSENCE series of products, sharing the same passion and expertise which has been delivering premium and unadulterated audio bliss for some time now.

ASUS is committed to delivering even better high-end audio experiences, delighting both audiophiles and gamers alike. 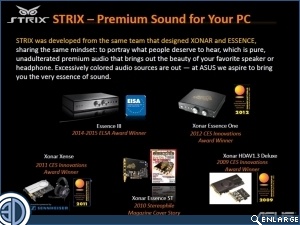 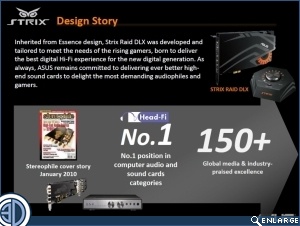 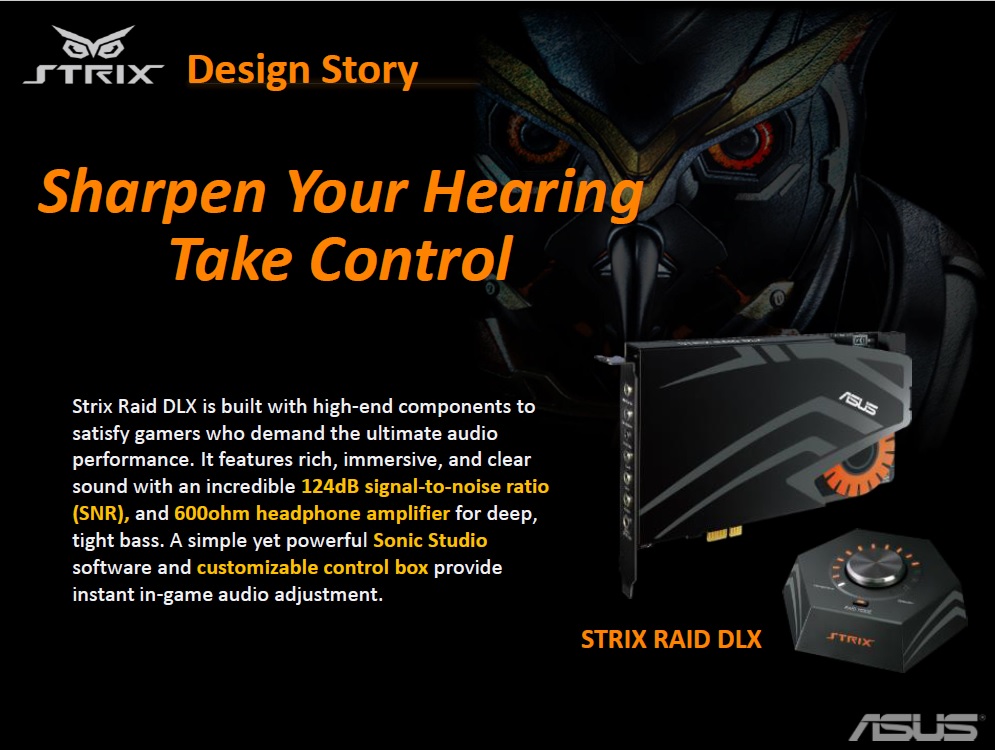 TPC
that's a lot of monies for mediocre chips and caps...Quote

WYP
Quote:
Plus One, need to be ROG. LOL

Personally, I would like to see ASUS release the Raid Deluxe without the external Raid box. That box adds quite a bit to the cost. The cards are great as a starting point, much better than having nothing to enhance your audio, be it a soundcard or external dac.Quote

TPC
Quote:
yeah but for like 50 bucks you get a Fiio e10 which will stuff 90% of someones need. Unless you want to 7.1 but then again there are better solutions.Quote
Reply