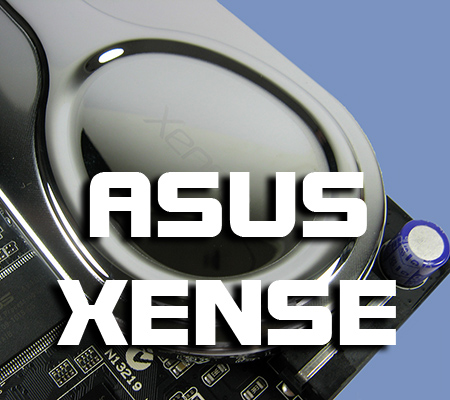 So how did this combination of Xonar and Sennheiser work?

As with any headset the primary thing is always going to be gaming. Very few audiophiles will want something with a microphone attached.

For gaming the Xense (unless otherwise stated I mean including the Sennheisers) were excellent.

The midrange, by far the most important element in gaming, was clear and with good definition throughout the aural range. Audio positioning was also very good indeed and it was easy to pick out the direction of the cars/bullets/etc. Everything from tyre squeal to voice overs were handled with aplomb. With so many games being dialogue heavy these days it is always important to have that quality to help immerse you in the game, and the Xense certainly is immersive.

At the high-end of the sonic spectrum things were also very good. Slightly glassy perhaps, but certainly nothing worse than 95% of the PC based sound systems available. Bass was perhaps the biggest issue with the low sounds being a bit muddied. Whereas the rumble of an engine consists of a lot of sounds that comprise the cacophony we expect, with the Xense it was harder to distinguish each sound. Rather you were aware of the overall effect rather than the specifics.

Unfortunately this average bass and high note performance was brought into even more stark relief once the Xense was tested with music and movies. Far more than gaming these genres seem to live at the extremes of sonic possibilities, so whilst it was merely a very minor gripe against the otherwise fantastic gaming performance, it was quite disappointingly pronounced in other entertainment types.

The Asus Xense with the Sennheiser PC350s retails for around £190. With the Xonar D2X retailing for about £90, and the Sennheisers just above £100, there appears to be very little to be gained from buying them as a pair. That isn't to say that it is by any means a bad package.

Certainly if you plan on spending nearly all your time gaming, and wish to buy a soundcard and headset that are well matched and a simple plug in solution, then you could do much worse than pick up a Asus Xense. It looks great, the microphone, although slightly prone to picking up background noise, is clear and the Sennheiser PC350s are so light comfortable you could wear them all day without trouble. Despite our qualms about the top and bottom response, the midrange performance, where the main bulk of sounds are anyway, is very good indeed.

However if you use your rig as a general purpose entertainment device and listen to music or watch films as much as you game, then you'd be better off buying the equally excellent Xonar D2X and spending the £100 you save on a more rounded pair of headphones.

Thanks to Asus for providing the Xense for today's review. Discuss in our forums.

Complex!
Would rather have a PC360 to go along with it

silenthill
This looks like a hard core headset + sound card system I'd like to hear how they sound playing Battlefield Bad Company 2.Quote
Reply