Although it's fair to say that the Game Rock font is a near clone of the old Guitar Hero font, at least since the 'plastic instrument' fad has been consigned to history it's not so obviously copying something else and has instead been owned by Palit. We like the white box and chrome lettering. It's at least unique to Palit. 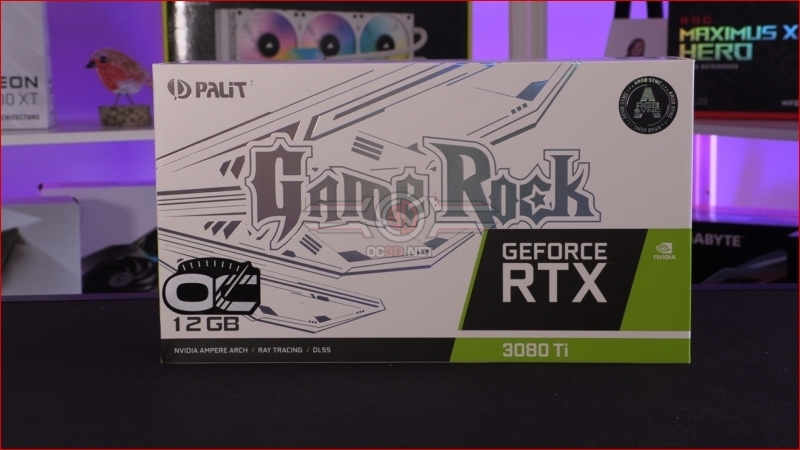 The card itself looks identical to the other Game Rock cards we've looked at, with the crystal RGB fan shroud on top of a seriously hefty cooler. This design is also perfect if you happen to have some G.Skill Royal DDR4 for that harmonious system effect. 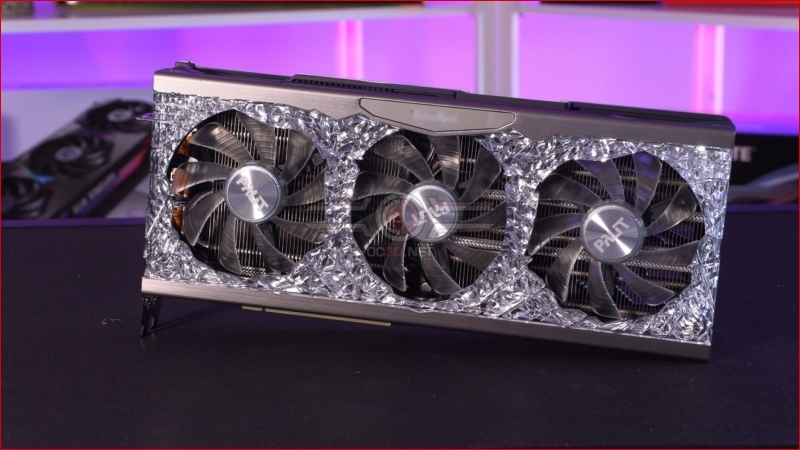 The RTX 3080 Ti is a seriously chunky monkey, with a full RGB side logo and robust build quality to ensure that GPU droop won't be an issue that effects you. Sturdy. You can also see the cutout on the pack panel which helps airflow up to your CPU area if you are running the card in regular orientation, although with such a front design it's also a card that begs to be mounted vertically. 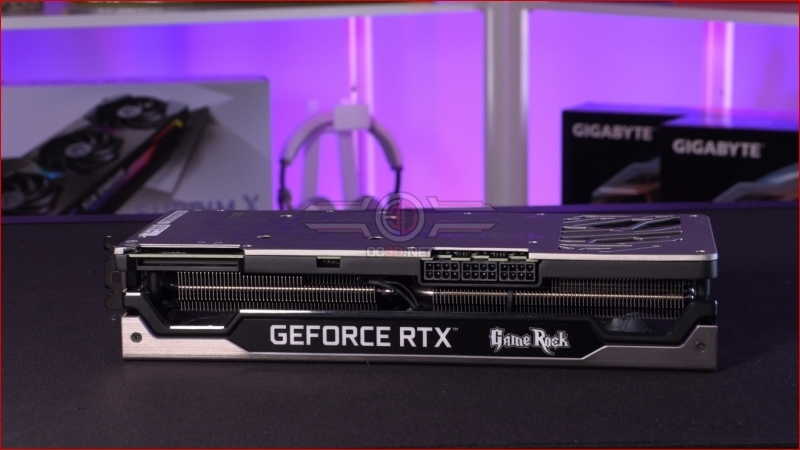 Even the underside, which you'll never see in any orientation, is branded with the Game Rock logo. It might seem pointless but we always think it indicates an attention to detail. Instead of doing the bare minimum to brand their card Palit have done everything, even unnecessary things, which bodes well for the rest of the card. 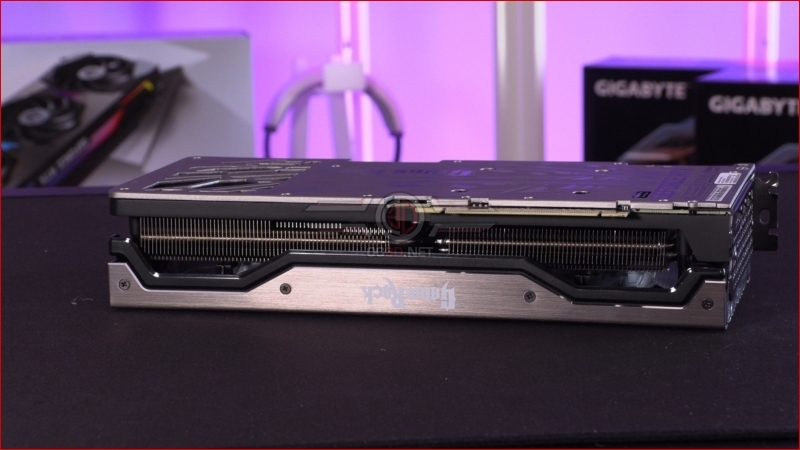 From the end on you get a clearer look at how beefy the cooler is. This is some heavyweight heatsink and heat pipe arrangement which helps ensure the zero RPM fan capabilities are utilised as often as possible. Games with low levels of detail will never see the fans spin up at all unless you force them. 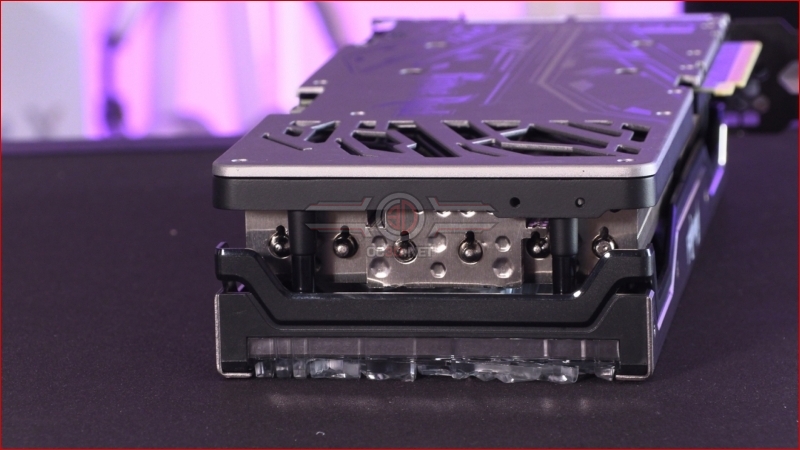 The Game Rock has the usual Nvidia selection of 8K60 HDMI and DisplayPort outputs, whilst power comes courtesy of 3 8pin PCIe power inputs. 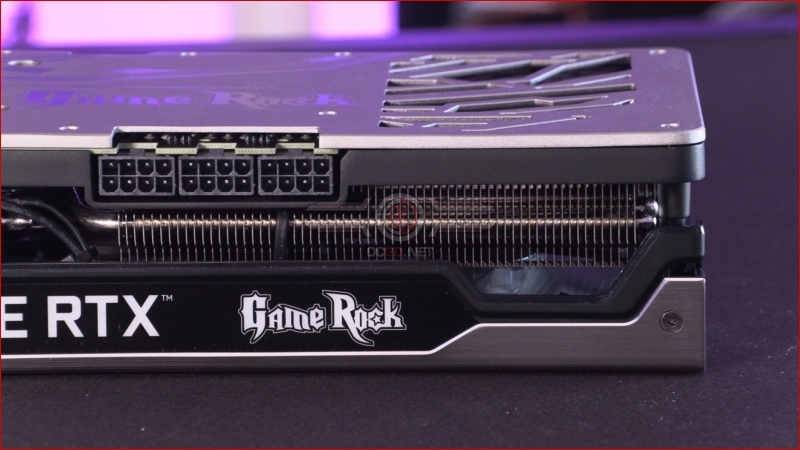