Like all Roccat packaging the Torch comes in a sturdy, eye-catching, box with enticing art. The microphone itself is further protected with an eggbox style shell. 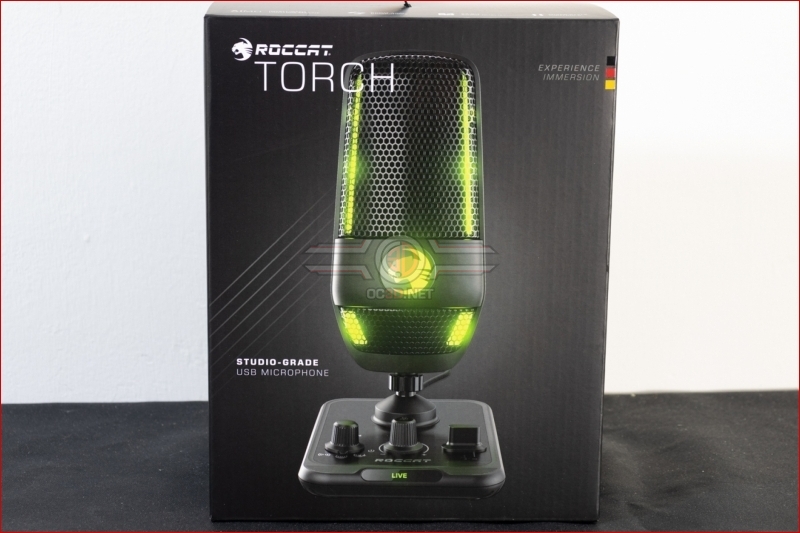 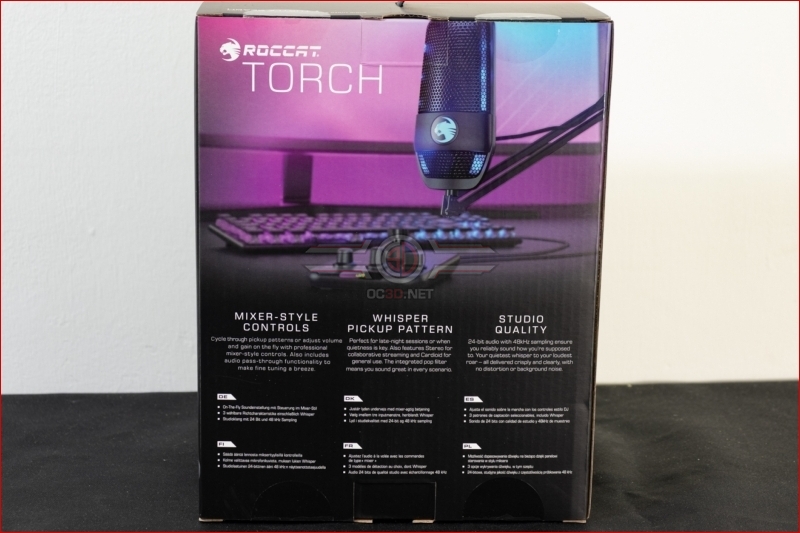 Within the box we find the microphone itself, pre-assembled on the stand and with a nice weight and feel. There are three cables. A Type-A to Type-C to connect the Torch to your computer and two different lengths of Type-C to Type-C to connect the microphone itself to the base. This is in case you want to run on a boom arm there is a very long cable to attach the mic to the base unit, and if you don't a small one keeps it all out of the way. 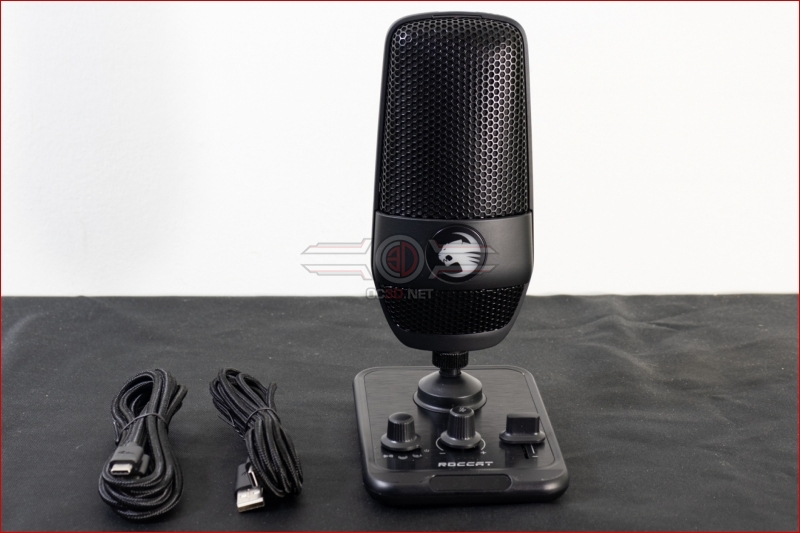 Around the back you can see the connection and control options we'll show you in the next photograph, as well as a closer look at the protective mesh on the Torch itself. 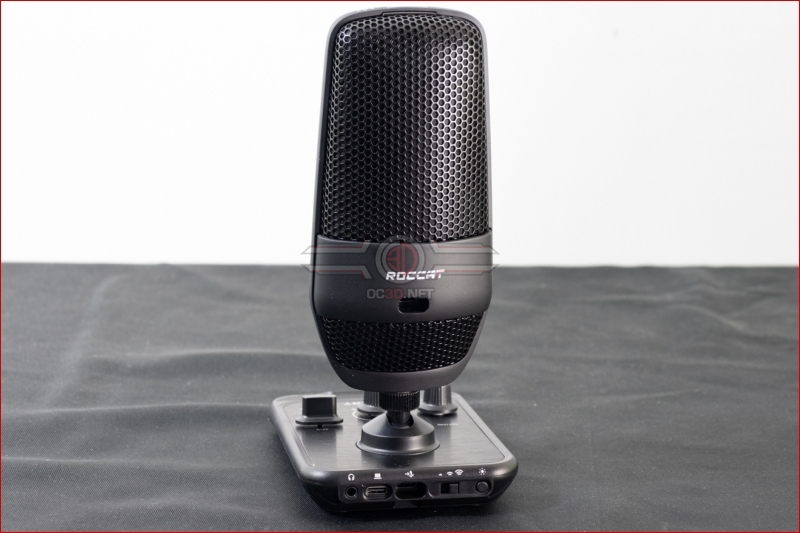 From left to right we have the 3.5mm jack for zero-latency monitoring (you can hear yourself as you speak without a delay). Next is the Type-C to PC/Mac connector, followed by the recessed Type-C which attaches the base to the microphone itself. The next switch, which looks like a Wireless icon but isn't, adjusts the mute fuctionality distance on the top of the Torch. You can wave across to mute it rather than touching it and potentially ruining your take/stream with a big thump. Lastly the lighting controls from off, through three stages of brightness. Lighting you say, why yes. On the next page. 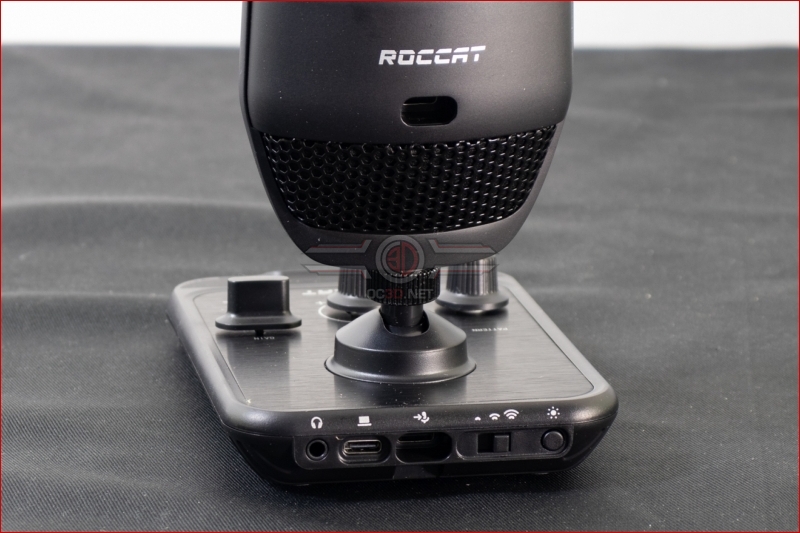 On the base unit there are the pattern selection, headphone volume and microphone gain controls. The patterns are, from left to right, stereo, regular front-facing cardioid pattern, and a more responsive pattern for whispering or ASMR. Or merely if you need to use the Torch in an environment where you can't talk at normal volume. Gain controls how sensitive the microphone is, and we'll get to how useful this is later on. You can, if you don't want to utilise the wave mute option click the central button to mute the mic too. 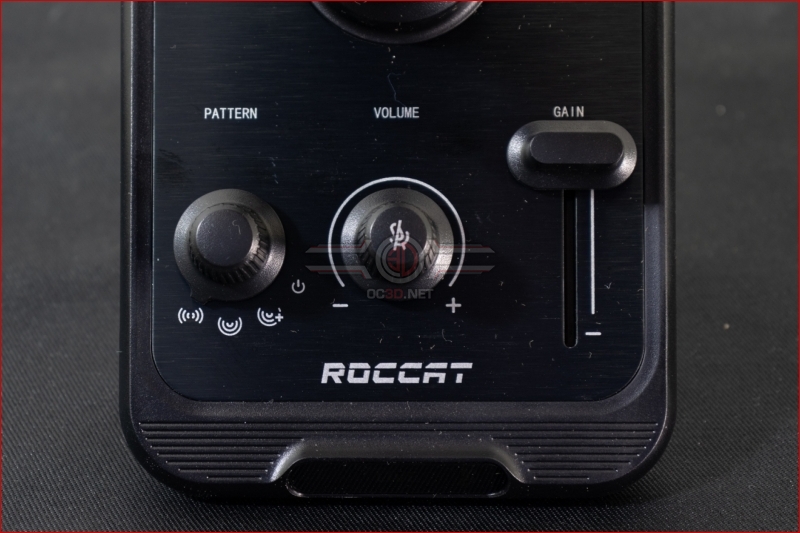 If you're without a boom the microphone can be tilted backwards as far as you can see below, as well as slightly twisting. No sideways tilt though, not that you'll need it. 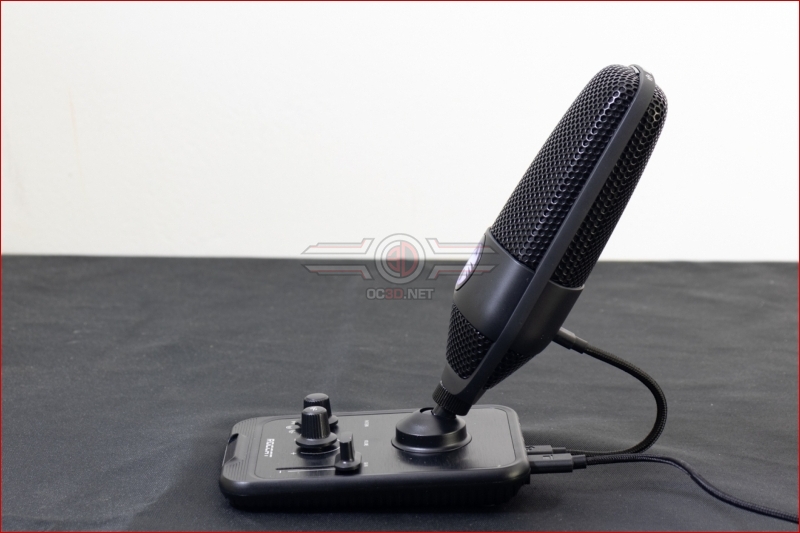 Here is the wave mute functionality which can be a little temperamental but is nice once you get used to what you can and can't do with it. Or rather should and shouldn't do. It's nice to be able to mute without having to touch the microphone though for that smooth audio. 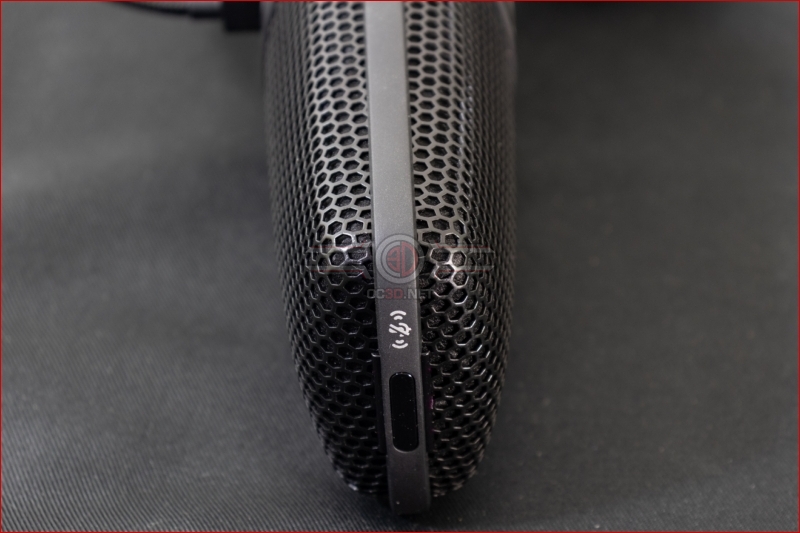