For the most part, MSI's GUNGNIR 100 is a monolithic affair whose main perks are its size, out of the box water cooling support and its integration of an 1-8 ARGB lighting controller.

As an EATX chassis, this case is designed to support huge system components, making this chassis ideal for workstation PCs using motherboard platforms like Intel X299 or AMD TRX40. If you are building a Cascade Lake-X or 3rd Generation Ryzen Threadripper system with an MSI motherboard, the GUNGNIR 100 is more than worthy of consideration. Yes, this case is also usable with other motherboard brands, but wouldn't it seem wrong to pair this case with anything aside from an MSI motherboard? 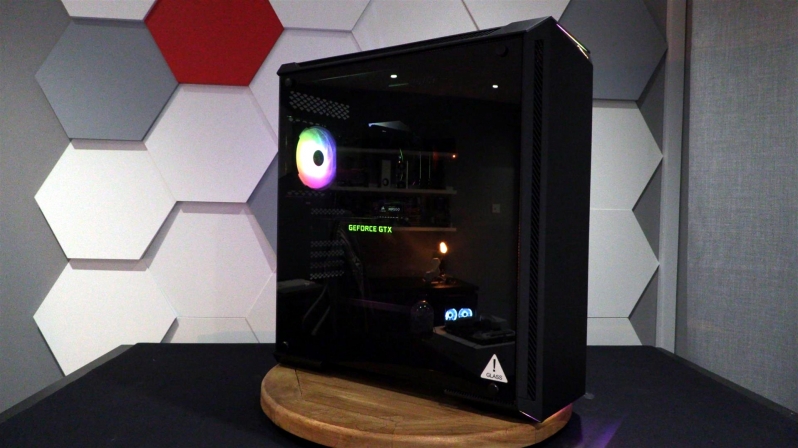 As a workstation-grade chassis, MSI's GUNGNIR 100 focuses more on quiet operation than delivering the highest levels of potential airflow. With this in mind, you will notice that this case features mostly flat front and top plates, which features venting in its sides. These vents are what allow air to intake through the front of the case and air to exhaust out the top of the enclosure, being fed by a maximum of three fans each.

The case also features a slightly tinted 4mm-thick tempered glass side panel, a side panel which is much larger than what's seen in most PC cases due to the GUNGNIR's large EATX form factor. This could be seen as a selling point for fans of tempered glass, but not for us.

One disadvantage of this case's tempered glass side panel is its mounting system, which uses four pre-drilled holes and thumbscrews for mounting. Hinged side panels are preferable due to their ability to allow PC builders to access their hardware easily. With the GUNGNIR 100, users will need to take out four screws, find a suitable location to place their large side panel window and then move their side panel away before replacing any components. If you frequently change your system components, this factor will become very annoying. 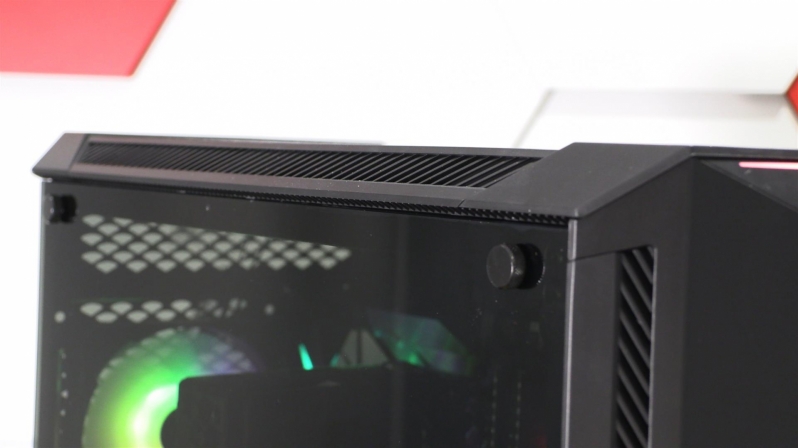 Behind the GUNGNIR 100's motherboard tray is MSI's 1-8 ARGB lighting controller, which can be controlled using MSI's mystic light software or controlled automatically by the case by pressing the enclosure's RGB button. 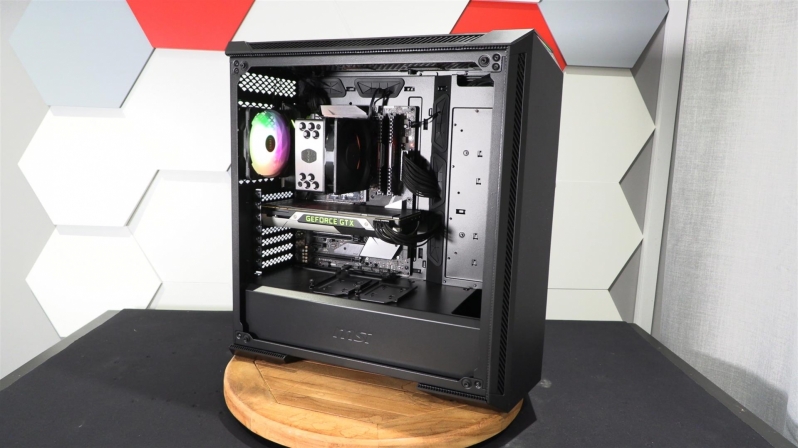 One major downside of MSI's GUNGNIR 100 is its lack of support of front-mounted radiators that are over 30mm in thickness. This oversight is due to how MSI created its PSU shroud, which only offers enough space for 30mm radiators. Yes, 30mm 420mm radiators are available, but with an enclosure this large, MSI surely could have made that cut-out 15mm longer to accommodate larger 45mm radiator sizes? 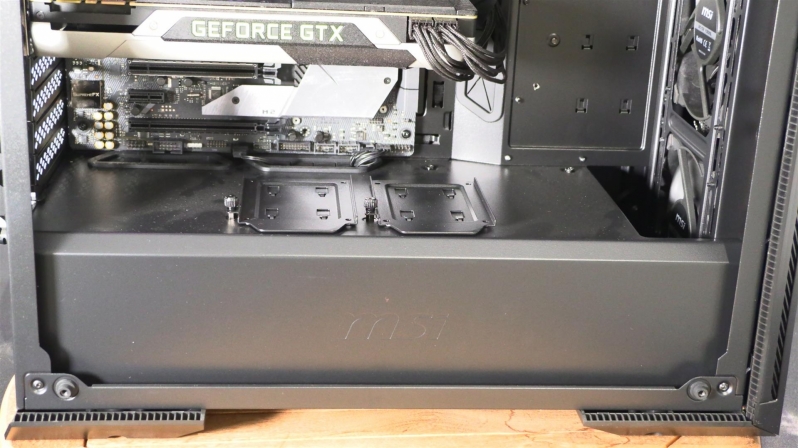 At the top of MSI's GUNGNIR 100 is enough space for a 280mm radiator (2x140mm) or a 360mm radiator (3x120mm). That said, you should be able to see that this case has mounting holes that could have fit three 140mm fans should the rest of the enclosure been designed with this in mind.

The GUNGNIR 100 is designed with a stepped motherboard tray. After offering users the width requires for EATX motherboards, the GUNGNIR 100 steps up to offer more space behind the tray, which is what allows this case to support two 2.5-inch drives and MSI's 1-8 ARGB controller between the motherboard tray and the case's right side panel.

If MSI stepped their motherboard tray slightly lower down, they could have offered users enough space for three 140mm fans on the roof of this enclosure, or a full 420mm radiator if they deemed necessary. Perhaps this would have made the GUNGNIR 100 less rigid, but as it stands the case has mounts for three 140mm fans at the top when the case can only support two. 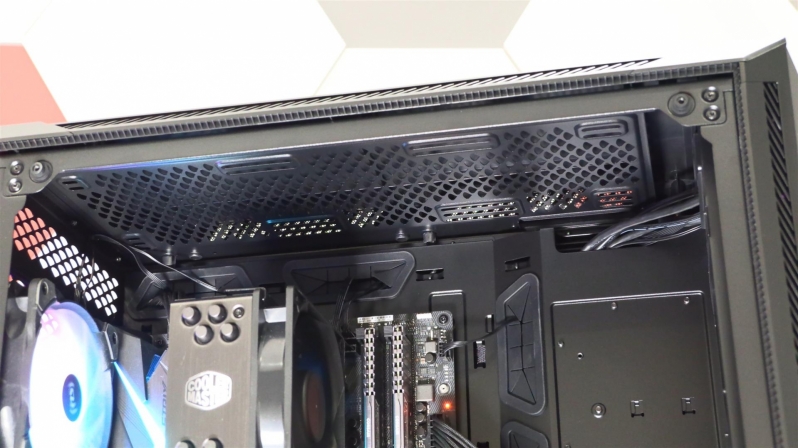