Cooler Master's HAF series has a long and storied legacy, for long-time PC enthusiasts, the HAF series is legendary, bringing about many of the innovations that are seen as PC building mainstays today. The Cooler Master HAF was the first case to offer PC builders a CPU cut-out area in its motherboard tray, and it was a case that highlighted "High Air Flow" (HAF) as a critical factor for high performance PCs.

Today, Cooler Master is launching a case that the company has called "the pinnacle of Cooler Master's HAF Legacy", a high-end PC enclosure that promises to deliver the "ultimate DIY building experience". Meet the HAF 700 EVO, Cooler Master's latest flagship.

Let's make one thing clear before we start. The HAF 700 EVO is MASSIVE. This case measures in at 666 x 291 x 626 mm. The HAF 700 EVO will dominate any desk it is placed on and makes standard ATX motherboards almost look comically small.

In terms of scale, the HAF 700 EVO is like Cooler Master's Cosmos series, offering PC builders a massive scale that can support large liquid cooling setups, loads of HDD/SSDs, large graphics cards, and a huge number of fans. Inside the HAF 700, Cooler Master's included 200mm fans look small, almost like 140mm fans in most other PC cases. This case is huge, and that's because this case is for PC builders with equally huge ambitions.

With the HAF 700 EVO, Cooler Master is introducing FineMesh V2, a new hexegon-shaped dust filter design that is optimised for airflow while retaining its dust filtering effect. This new material helps to ensure high levels of airflow without allowing huge amounts of dust to build up in the HAF 700 EVO. While this is a small change to Cooler Master's overall design, it is small changes like this that help to ensure that the HAF lives up to its "High Air Flow" name. 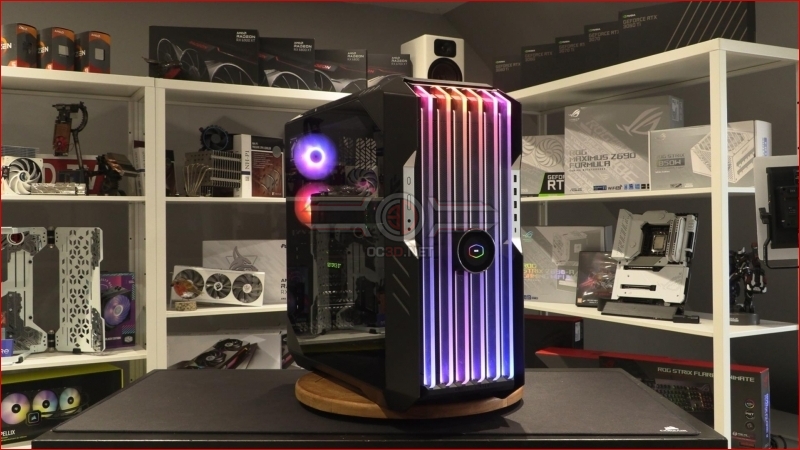 On the front of Cooler Master's new HAF 700 EVO is the company's new IRIS LCD assistant, which can be used to display a logo on your system, monitor your fan speeds, CPU/GPU thermals, act as a system clock, or as another screen. This display can be controlled using Cooler Master's MasterPLUS+ software, which can also be used to control the HAF 700 EVO's RGB lighting. 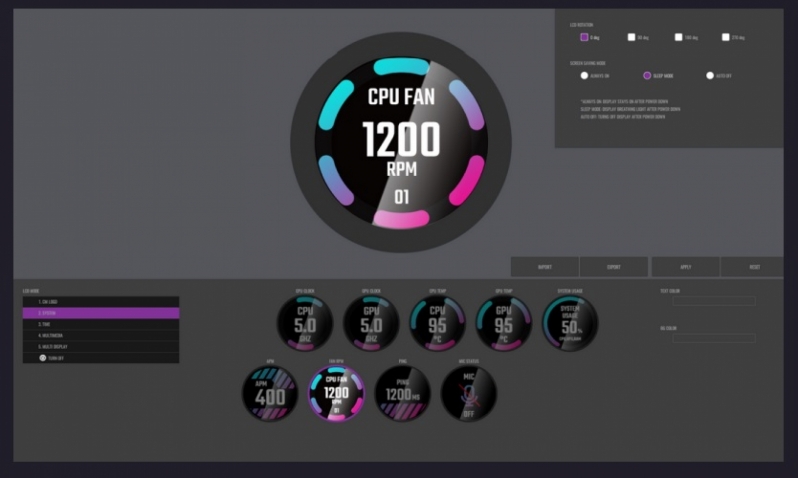 Cooler Master's HAF 700 EVO supports a huge number of fans and liquid cooling radiators out of the box. On the top of the HAF 700 EVO us support for two thick 360mm radiators, Beyond that, these top radiator mounts have space for push/pull fan setups or thicker than normal (thicker than 25mm) fans. That alone is insane. A 420mm (3x140mm) radiator can be installed at the top of the HAF 700 EVO, but this eliminates support for a second radiator. 2x360mm radiator support is better than a single 420m radiator. 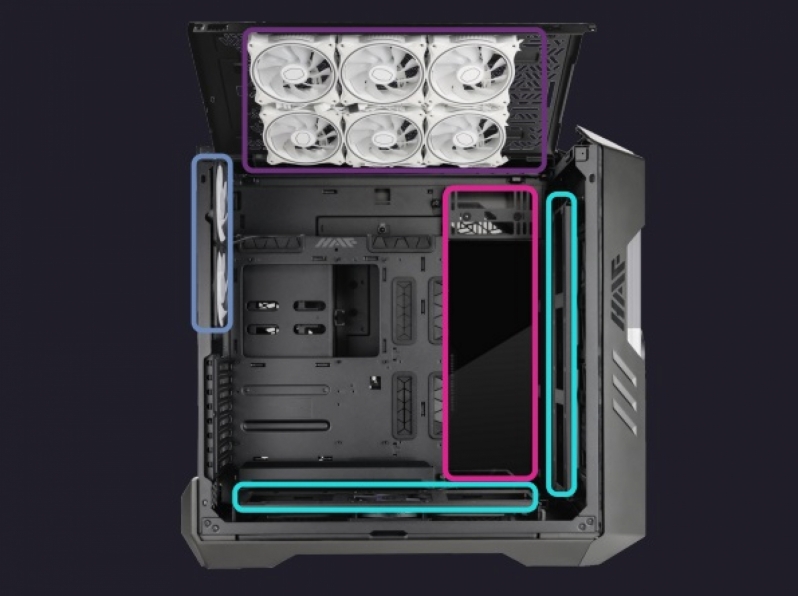 In the UK, Cooler Master has confirmed that their HAF 700 EVO will cost £449.99. While this is a lot of money, it is worth noting that a case of this size will be expensive to build and expensive to ship globally, especially after you consider this case's pre-installed add-ons. This case uses a lot of steel, tempered glass, and RGB components, none of which is cheap. For a premium product, consumers should expect to play a premium price. 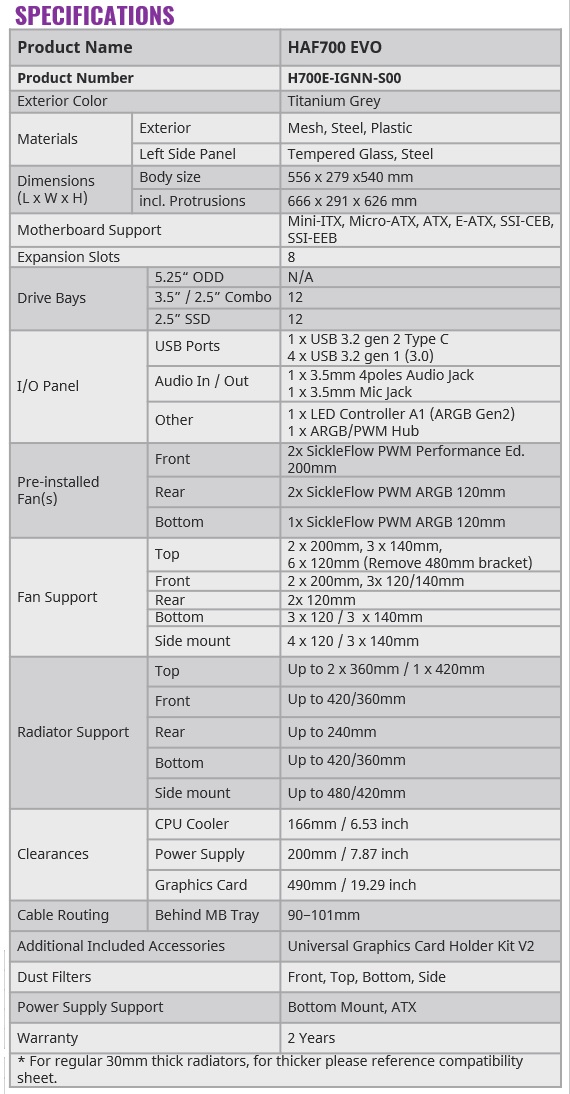