At 1000 RPM fan speeds, the HAF 700 EVO is one of the best performing cases that we have tested, at stock it provided users with plenty of airflow and at 1000 RPM the case remains quiet. 1,000 RPM is the max speed of Cooler Master's front-mounted 200mm intake fans. 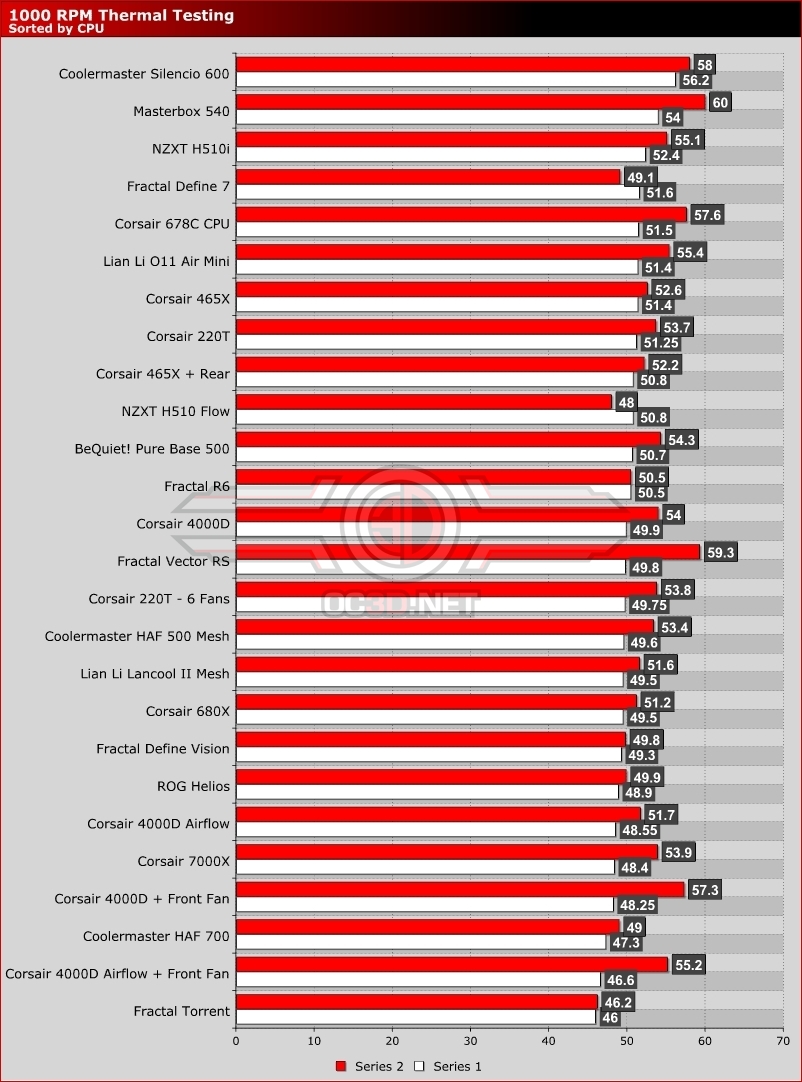 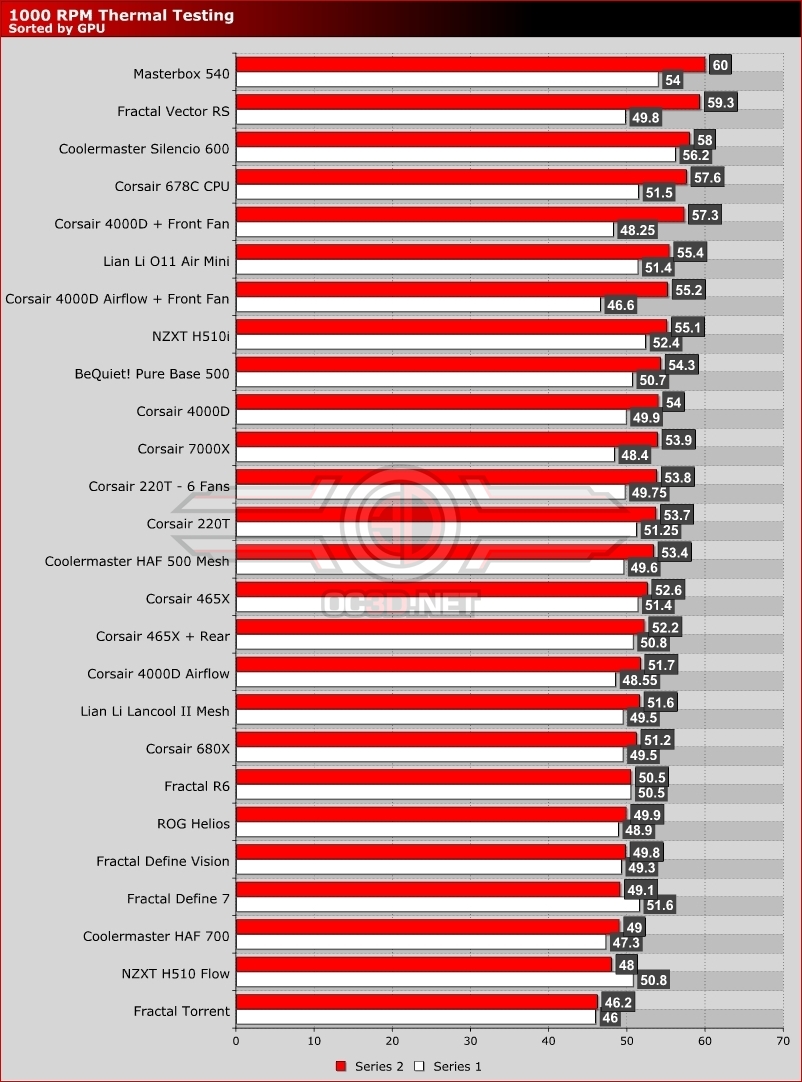 With the HAF 700 EVO, Cooler Master has delivered some of the best thermals that we have seen using our test PC, with only Fractal's Torrent managing to best Cooler Master's newest HAF. This is a great showing from Cooler Master, especially after we consider that we are using this case in its stock configuration. We aren't using all of this case's top fan mounts or most of its bottom mounted fan mounting locations. This case can do better, whereas the Fractal Torrent is already kitted out with a complete allotment of cooling fans. 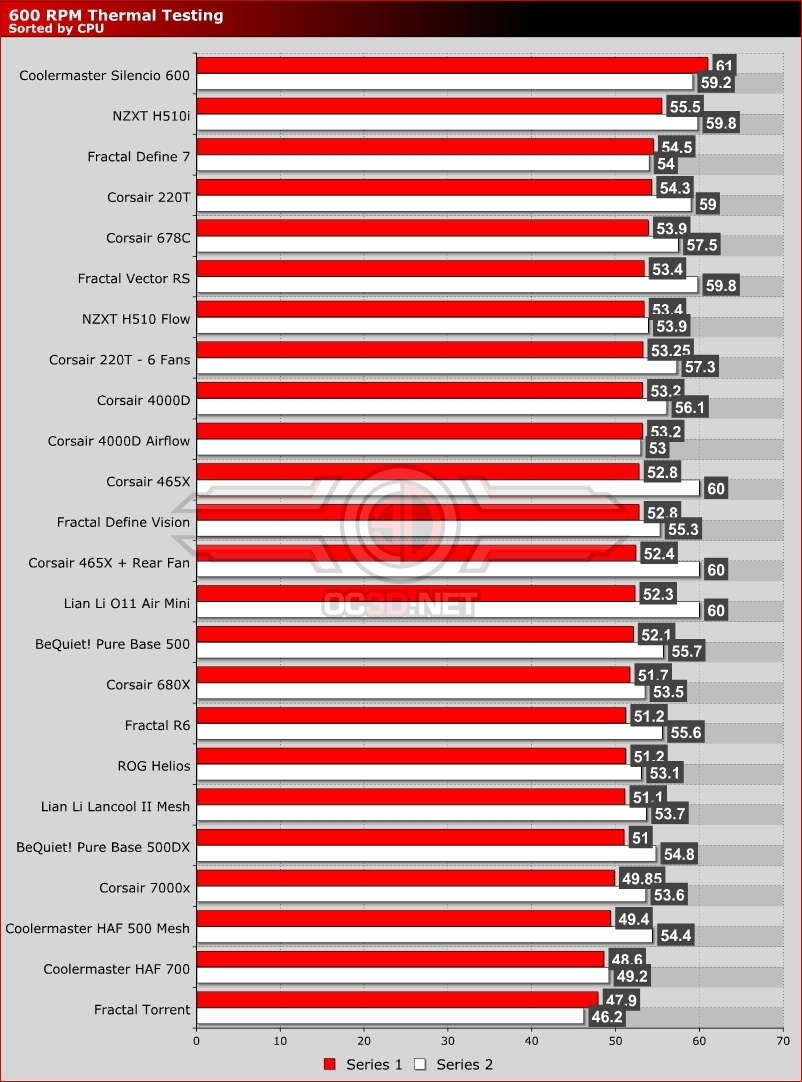 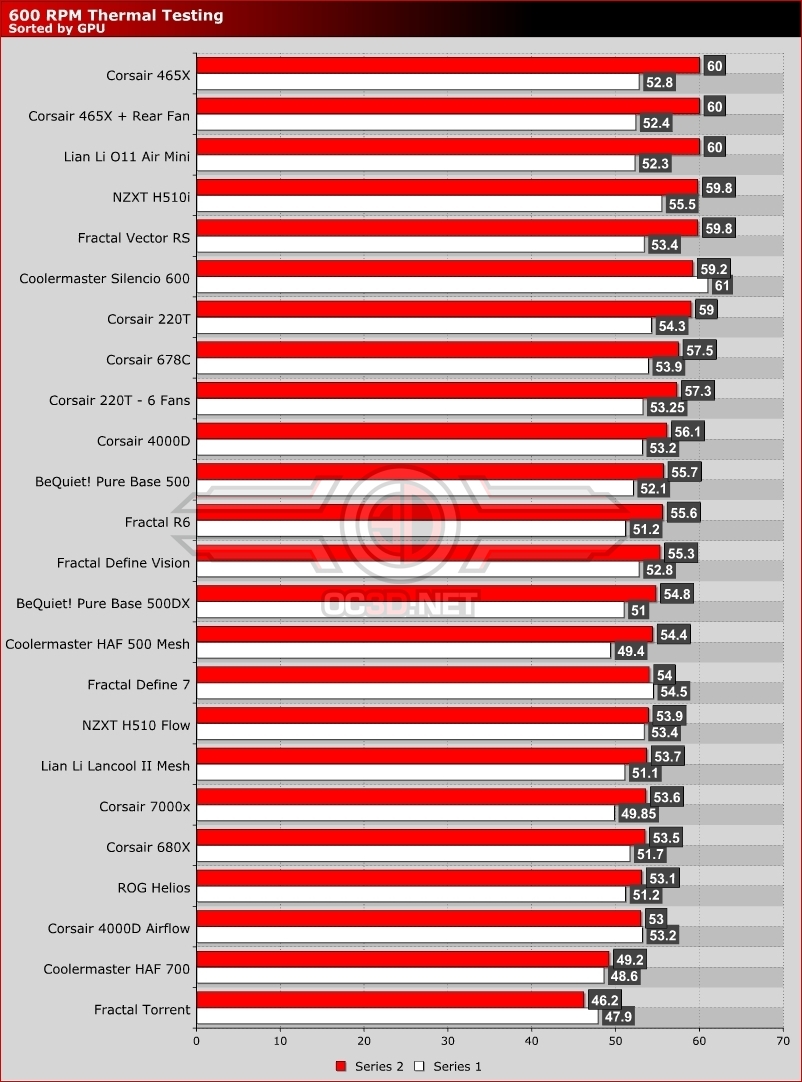