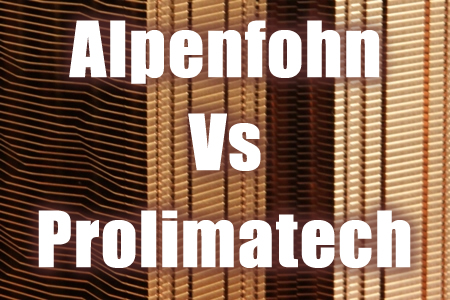 A few weeks ago we made the move to socket 2011, and having undertaken a group test of some of the more popular all in one water cooling solutions on the market we figured it was aout time we tried out a few traditional air coolers on the toasty socket 2011 chip. If you've had a gander through the water cooler round up you'll already know that the test rig we use for the air coolers is identical to that of the water cooling, so as to reproduce the exact same testing conditions. And boy are those conditions testing. With a period of no less than 45 minutes per setting, and for a cooler able to cope with the truly incinerating temps of the 4.6Ghz overclock, and perhaps with a fan speed reduction cable, that can mean up to 6 hours of testing for a single cooler. Yes, 6 hours of testing per cooler. We do this because you need to know, we do this so you don't have to, but most of all, we do this for love.

So what we have lined up for you today is a little "Friendly" between two of Germany's more well known CPU cooler Manufacturers. In the Red corner we have Prolimatech, a well established firm with some notable sucessess to their name. In the Blue corner, relative new comers Alpenfohn. Hard to pronounce and even harder to spell, but let's not underestimate them. With each manufacturer pitching a twin tower and a single tower into the arena it's time to see how they measure up.

Where would we be without the numbers? If you're a geek, and we know you are, it's top trumps time chaps so get your pad and pens out and get this lot down.

A truly huge cooler, sporting a 120mm and 140mm fans, it's 8x6mm heat pipes and huge contact plate should be enough to spirit that heat away from the CPU. 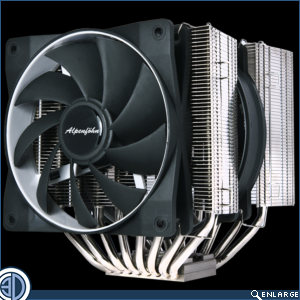 A classic Single tower design, with aluminium fins fed from a copper contact plate via 6 heatpipes the Matterhorn has some interesting fin designs which hope to enable it to maintain heat exchange even at low fan speeds. 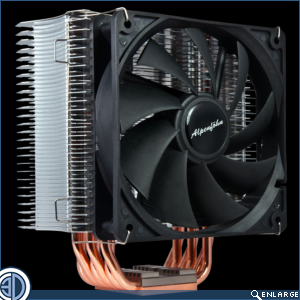 A twin stack design, but not in the classic sense. With one of the towers angled over through 90 digress the genesis not only provides CPU cooling but also benefits your RAM, Mosfet, Northbridge and VRMs. 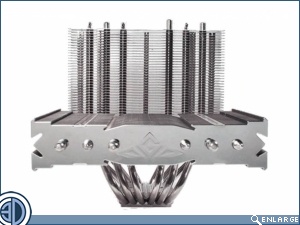 It's "Back in Black". The well regarded Megahalem with a single tower and 6x6mm heatpipes has changed its clothes and is ready to do battle. 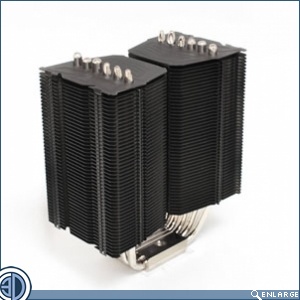 Etlar
Sounds good, after my head

tinytomlogan
Quote:
No he didnt, this was ready at the same time as the swifty, they will all be in future reviews.Quote
Reply