The P120 Crystal measures 476x234x485mm (LxWxH) and so sits firmly right smack in the middle of Mid Tower territory.  Both the front and left side panels are made from thick tempered glass, with the roof being a solid sheet of Steel, interrupted only by the front I/O.  So where's the ventilation coming from? 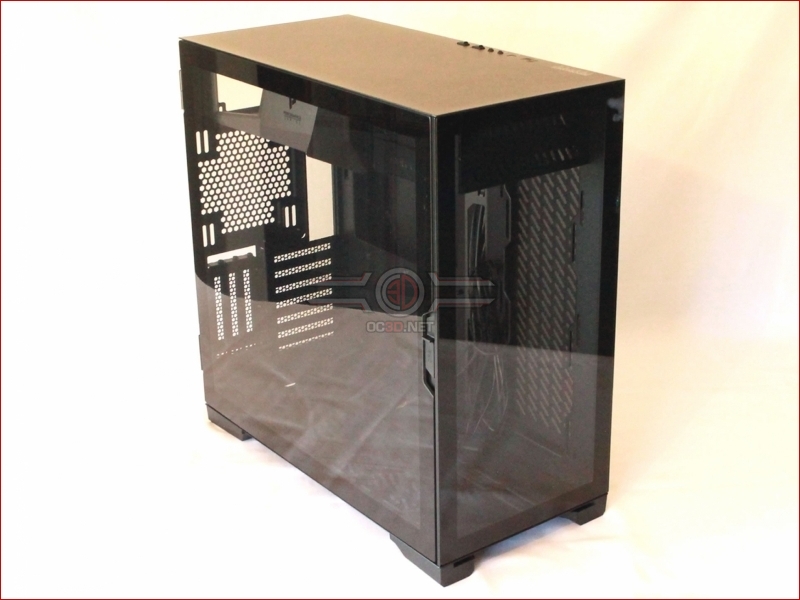 the glass side panel is hinged at the rear, and is opened by means of a sliding lock.  Closing the side panel requires hardly any force with just a gentle push being all that is needed. 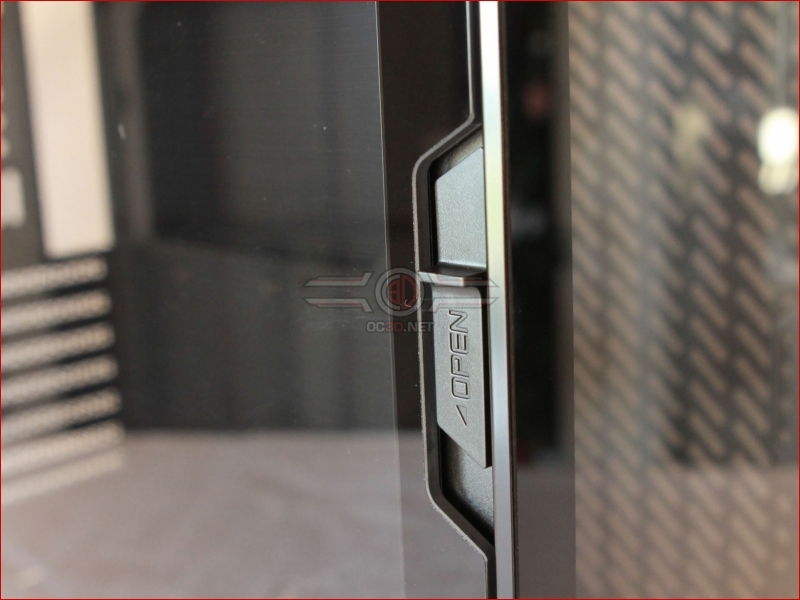 The glass doors are hinged at the rear, giving a suicide door entrance which affords great access.  If more access is required, during the initial build perhaps, the doors can be lifted free of the body without the use of tools.  Be warned though, it's quite a bit of a faff to get everything lined up when you try to get them back on, but hey, you'll most likely only be doing that once so it's no biggy. 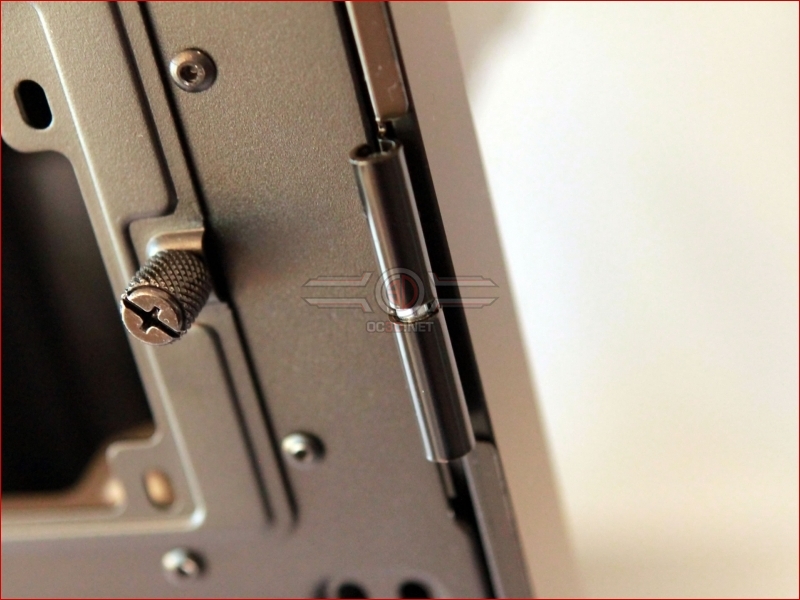 The external I/O is located on the top of the case and consists of short travel power and reset buttons, along with a pair of HD audio jacks.  There's also a set of two USB3 sockets that are white LED illuminated when the case is powered.  To keep things tidy, all the sockets listed have rubber blanks to protect them and improve the aesthetic, as seen in the pic below. 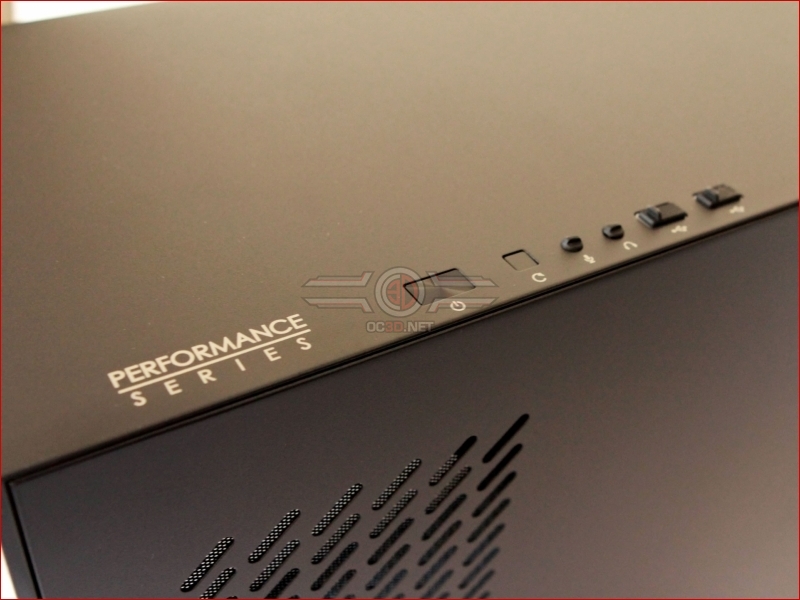 If, like us, you were wondering how the Crystal was ventilated, then worry no more, as rather than having a solid right hand panel, the Crystal does in fact have a large area of slotted ventilation.  The area also appears to be about the same size as a 360mm rad.  Funny that. 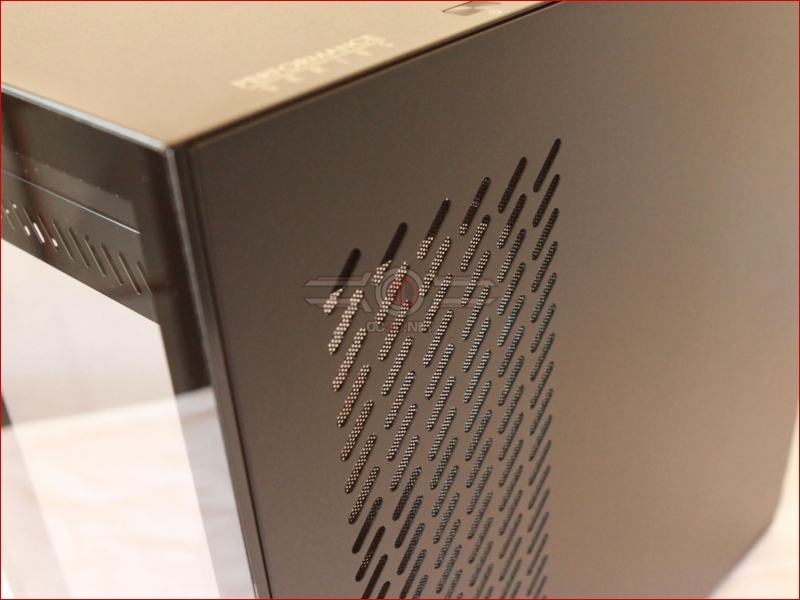 The rear of the case is the usual ATX.....Hang on a minute, this is far from 'usual ATX'  As you can see, the PSU appears to locate into the upper part of the case, but as the rear I/O appears to be positioned in the normal way, then this isn't a truly inverted case of the sort that we've seen from Silverstone over the years.  It'll be interesting to see what Antec are trying to achieve here. 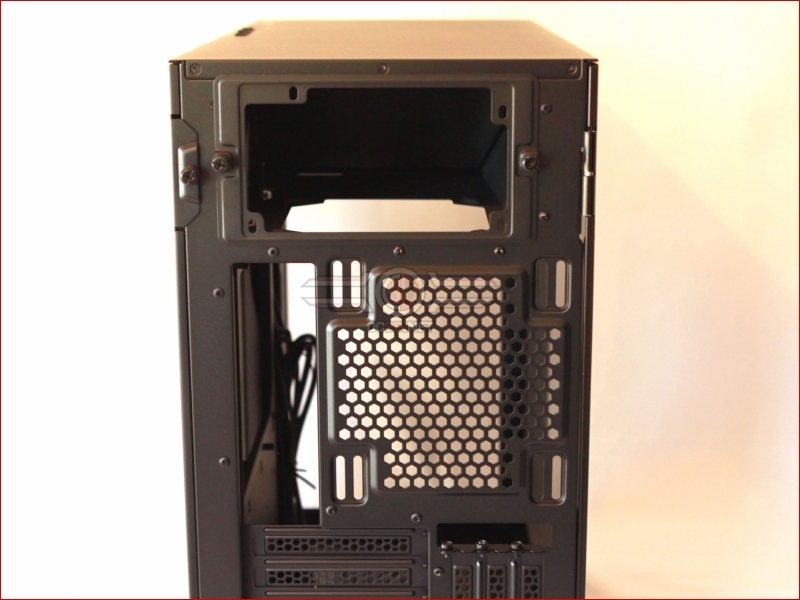 Under the PSU cut out there's a space for a 120mm or 140mm fan, but neither is provided.  If you're thinking this is a bit tight of Antec, then think on, as anyone who builds into the Crystal will invariably be installing matching sets of RGB fans from their preferred manufacturer, so the inclusion of what would have invariably been a boring Black OEM unit would have been a waste of money and an unnecessary increase in price to the consumer.  Well done Antec.  Towards the base of the case we see 7 horizontal, and no less that 3 vertical PCI slots. meaning that the Crystal should be able to show off mount some of the fattest GPUs on the market. 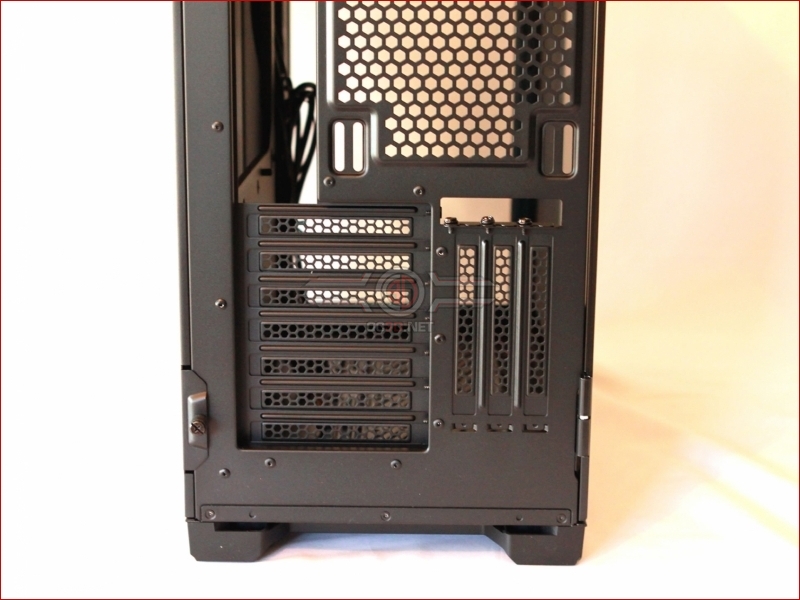 The Crystal is supported by four very sturdy rubber pad capped feet, and sports a full length dust filter, which is easily removed from the front, without the need to unscrew a single thing.  This we like a lot. 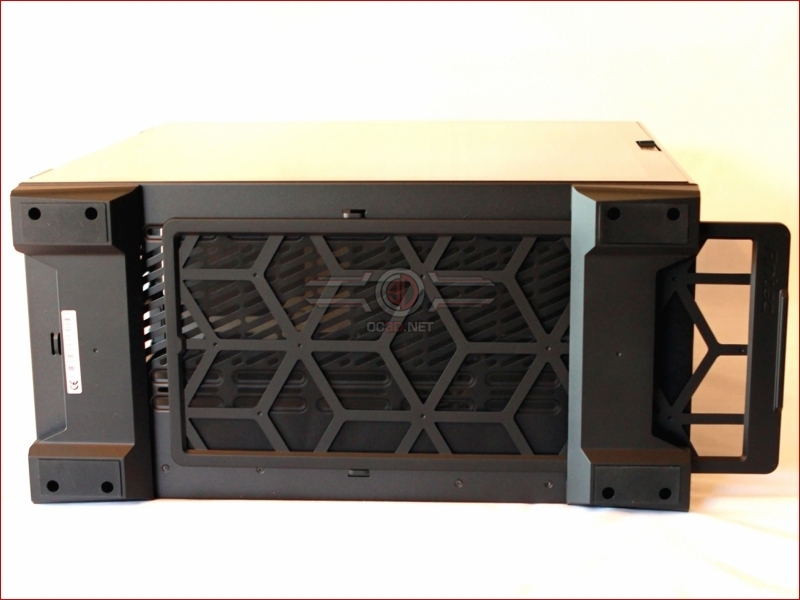 With the filter removed, the Crystal reveals another one of its secrets in the shape of what looks to be a full length fan, and radiator support.  Sneak a glimpse back to the technical specification to see exactly what can be fitted in here. 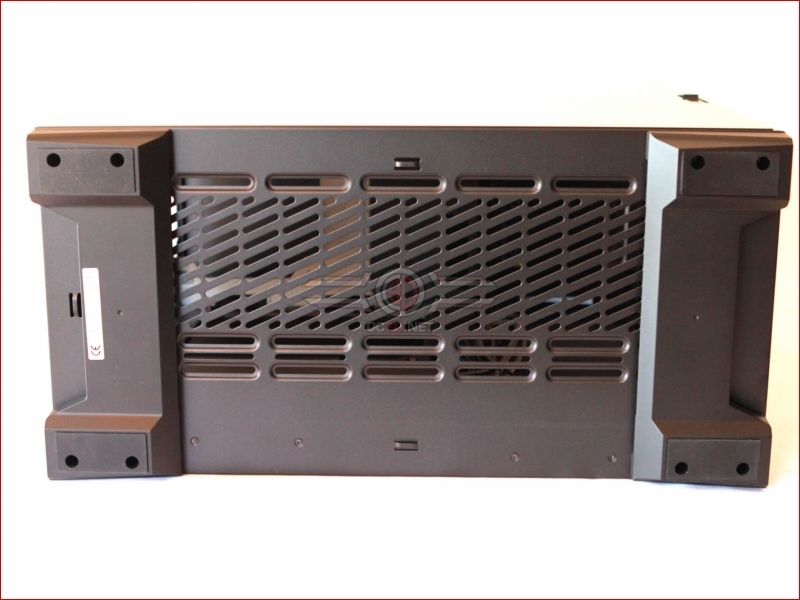