It has been a long time since we have had a proper look at any new fans, but the guys and girls over at Antec were very eager to share with us their some of their new TrueQuiet UFO fans, saying that they were exceptionally quiet while still delivering ample airflow.

One thing to note is that what we have here are the EU versions of these fans, which have Black rubber at the edges, not orange like in the picture below, which honestly makes them look much nicer. 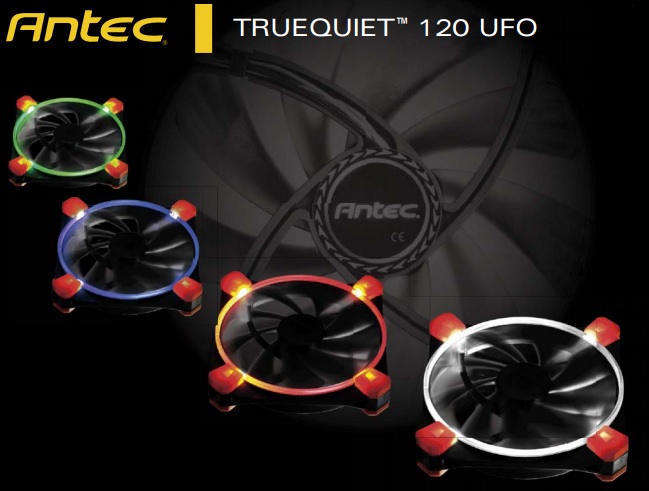 While most fans that advertise themselves as quiet rarely are, Antec say that this is quietest fans that they have ever produced, with newly designed blades to help reduce noise, silicon grommets on at each of the fans mounting points and even a built in fan speed switch for the user to reduce the fan speed if they wish too.

Unlike many other LED fans which only illuminate their fan blades, these fans from Antec have a translucent ring which will glow when the LEDs are on. this not only gives these fans a bit more brightness, but provides a nice contrast between the light from the translucent ring and the fan blades themselves.

These fans are available in 4 colours, Blue, Red, Green and White, allowing these fans to be used in most of today's common colour themes, though us fans of bright pink and purple will have to look elsewhere.

Right now these fans are only available in 120mm, so if you want to see them on 140mm feel free to ask them about it or talk about it on our forums. Remember, Corsiar originally were not going to release 140mm SP series fans and your fan feedback eventually convinced them too. 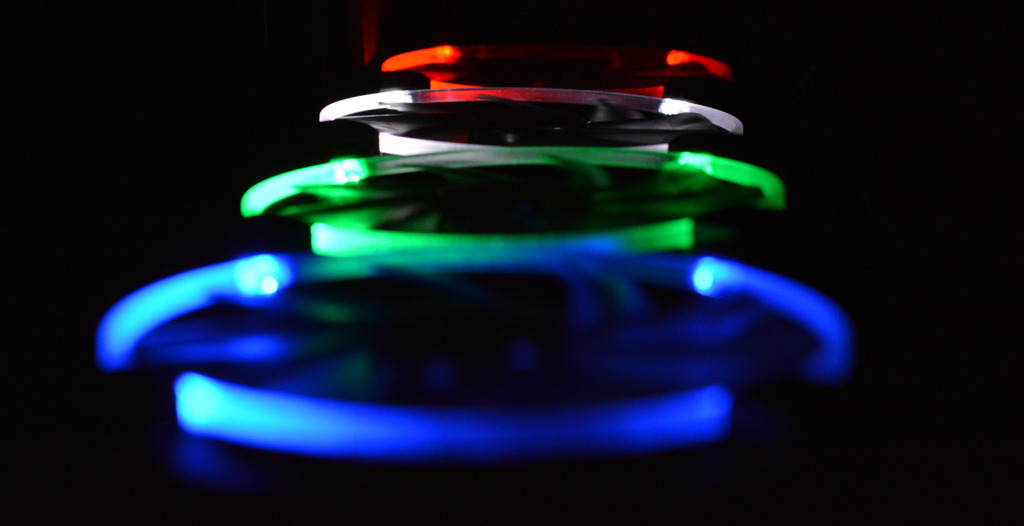 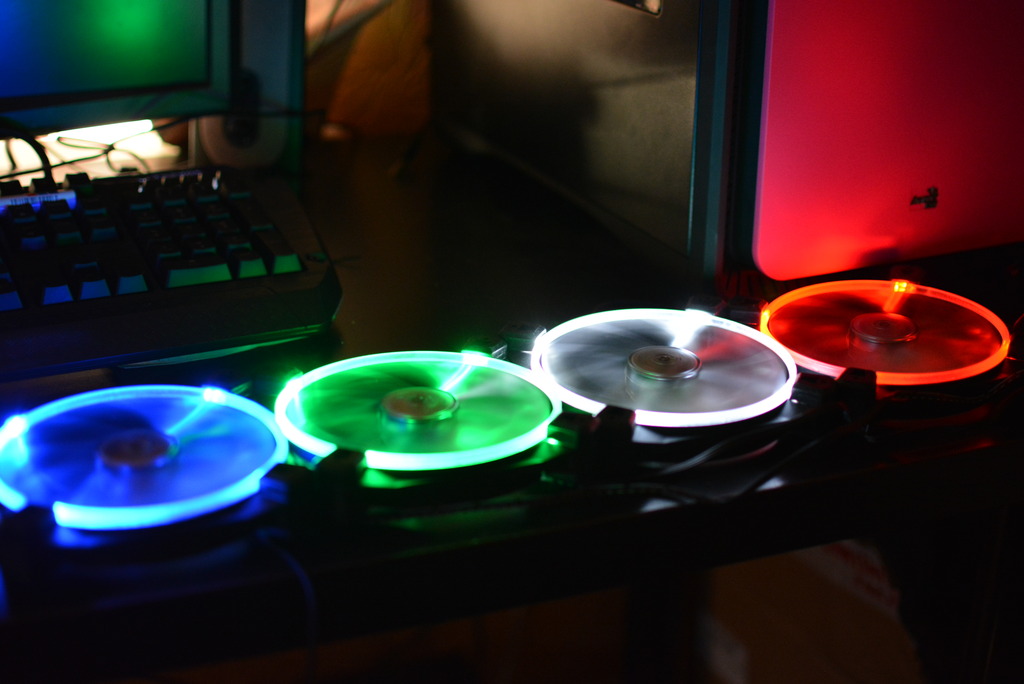 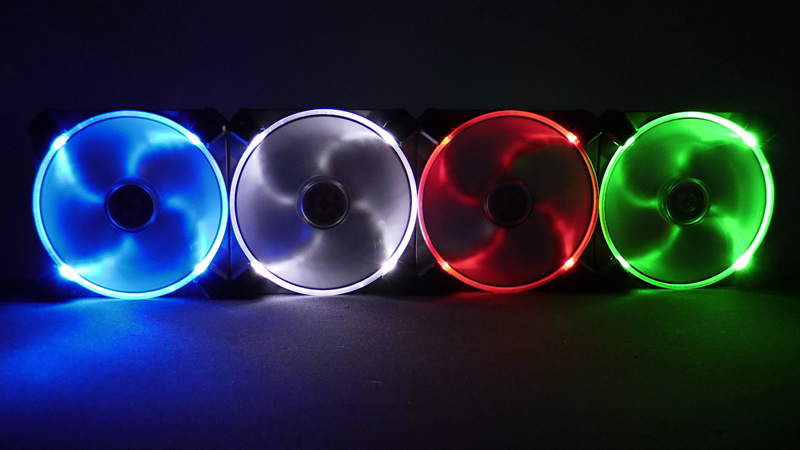 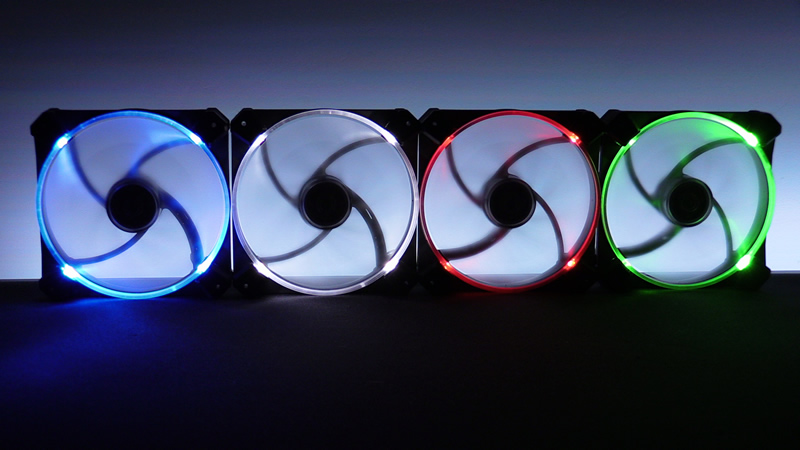 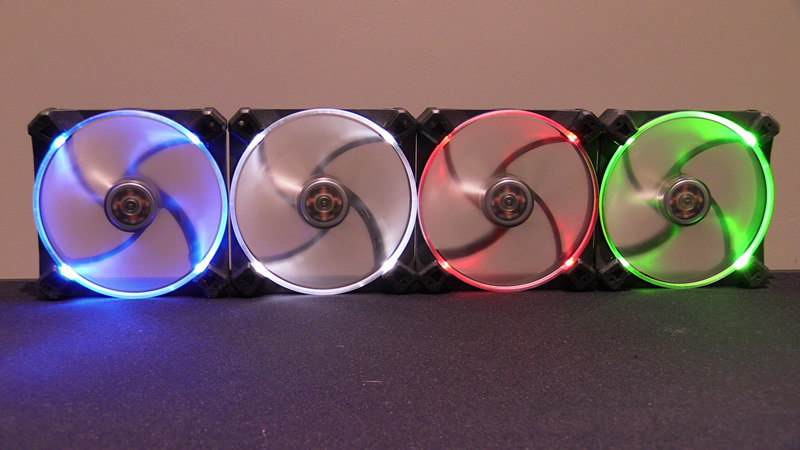 When I opened the box and powered up these fans I was pleasantly surprised by how quiet these fans were, even at the higher settings I barely noticed their presence apart from their glow and a gentle breeze.

When it comes to lighting Antec really have hit the mark, their LEDs are not overpoweringly bright like some other manufacturers and are actually very nice to look at in both day and night time settings.

When it comes to user adjustment, Antec allow you to quickly and easily change the fans speed with it's included switch, taking away the need to mess around with a 3-pin fan speed reducer entirely, making user adjustment something that can be done in seconds. One other thing to note is that the fan's speed switch will not have an affect on the brightness of the LEDs, which is another nice touch.

Compared to the other versions of these fans these EU version, with black rubber at the edges, look much better than their global equivalents. It is great to see Antec change their design here, as it does a lot to improve the look of these fans.

Antec have provided us with another great set of fans which we can easily recommend to anybody looking for some quiet illuminated fans.

You can join the discussion on Antec's TRUEQUIET UFO fans on the OC3D Forums.

Permafrost
are you making a video?

if so when is it being uploaded?Quote

AceModder
There is a video in that link Tom put up

Permafrost
yeah when i commented there was no link as youtube didn't update my sub feed, but i think i'm just impatient lol

tinytomlogan
Quote:
It was on the front page dude, takes a few minutes to add all of the linksQuote