Up Close with the ROG Ryujin 360

Up Close with the ROG Ryujin 360

With the ROG Ryujin, we can see that several factors differentiate it from the Ryuo, from its inclusion of Noctua's IndustrialPPC fans to its mainboard cooling "Micro fan". The cooler's large pump cover also allows the unit to appear more substantial inside a finished system, while also hiding the unit's mounting plate and screws from view. 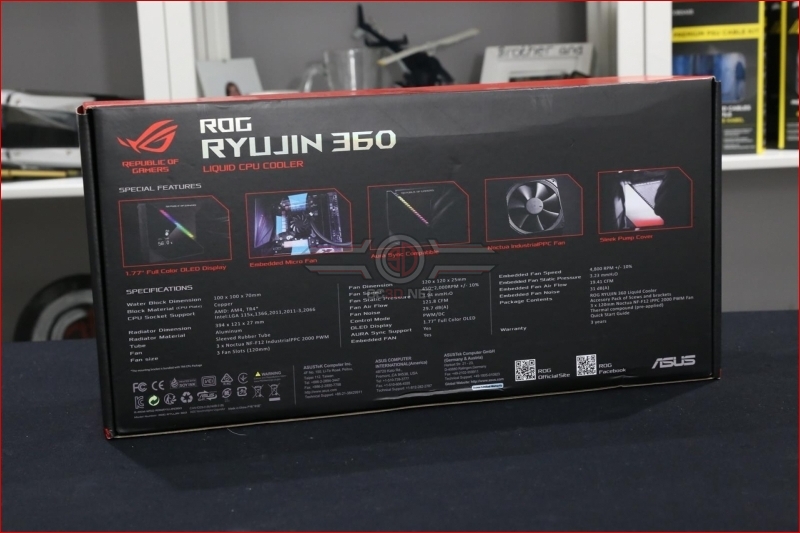 Unboxing the unit is very similar to the Ryuo, with ASUS offering the same fair to their external packaging as their ROG motherboard lineup, though this has not come at the cost of the CLC's protection. Once again you can expect your unit to arrive undamaged, even if your local postman has a clumsy streak. 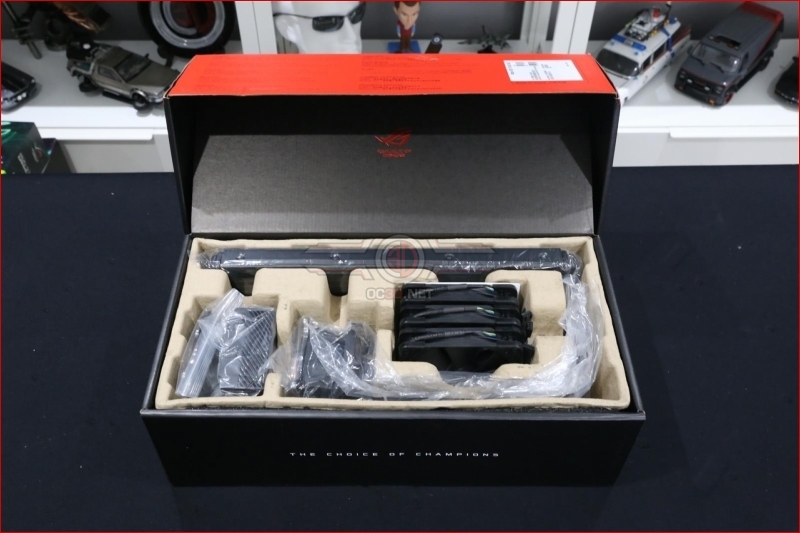 Looking at the basic block we will see a sight that is unlike what ASUS' boxart will have you believe, and for a good reason, as ASUS' block top is removable, granting users access to the mounting plate hidden underneath. Here we can see the full size of the Ryujin's screen, which looks rather small in comparison to the rest of the unit. Yes, the Ryuo's display is the same size, but the smaller size of the overall unit makes it appear larger, at least as large as it can be.

Under the polished section lies ASUS' Ryujin fan, which is designed to blow air around the user's motherboard, VRM components and nearby M.2 devices, providing some additional cooling potential for those who need it. Just like the Ryuo this unit is powered by a single SATA cable and includes fan connections for all of the unit's included fans. 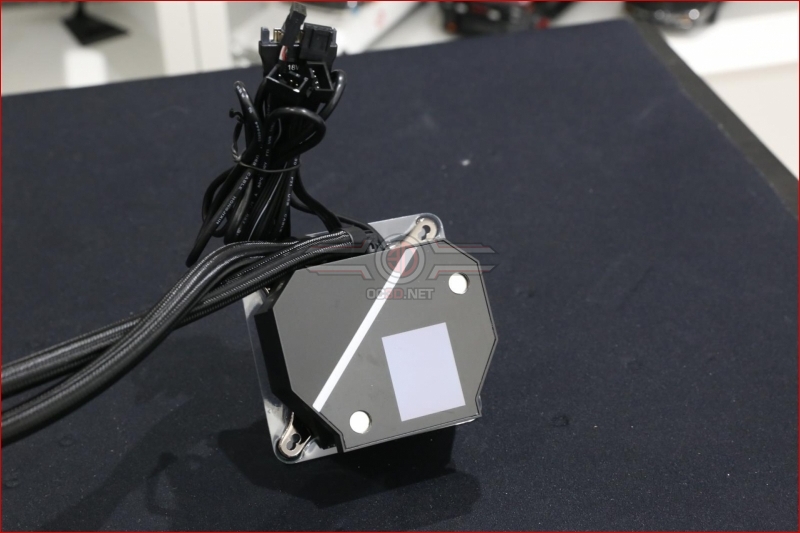 Once we add the cooler's top, we can have a glance at the final/finished unit, which supports all of Intel's consumer sockets, from LGA 1150/1/5/3 to older sockets like LGA 1366 to newer sockets like LGA 2011-3 and LGA 2066. On the AMD side, this cooler supports both AM4 and TR4 motherboards. TR4 support is provided through the Asetek mounts that are shipped with every Threadripper processor. 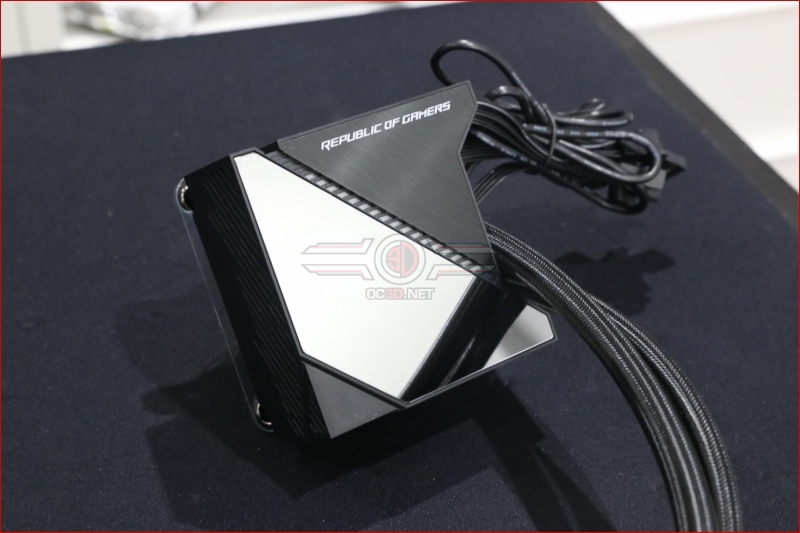 We can see below that ASUS has included three Noctua IndustrialPPC NF-F12 series fans, premium all-black fans from Noctua that are designed to offer a great balance of airflow and static pressure for use with high-end water cooling radiators, making them a match made in heaven for ASUS' Ryujin.

As industrial series fans, their maximum RPM and noise levels are extremely high, though their starting speed is a low 400 RPM, giving them an RPG/speed range that will allow them to run quietly if the user configures them correctly. 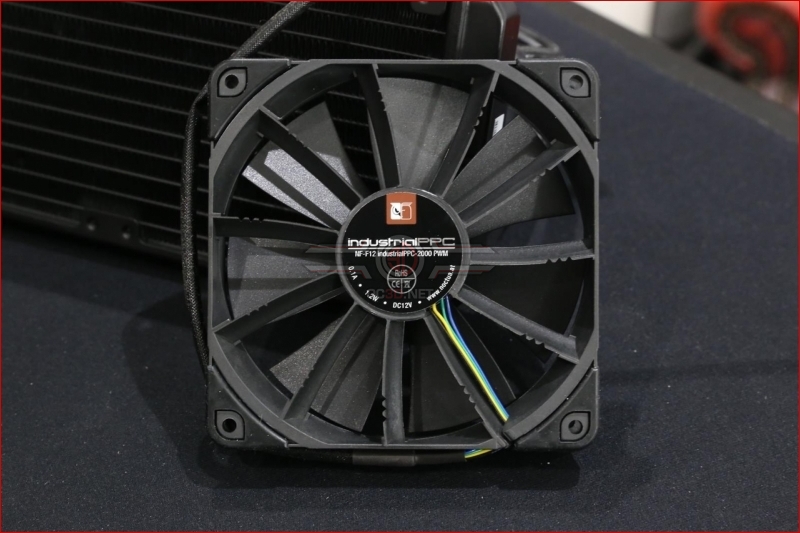