Asus are one of the big players in the motherboard industry and are also known for their graphics cards. Today, however, we have one of their top-end coolers for Intel LGA 775 and AMD Socket 939/940/AM2.

Looking a little like a Thermalright solution and marketed as a passive cooler, we take a look and see what the performance is like and whether it's worth your money or not.

The packaging on the Triton 75 looks a little different to the normal plain, simple and modern feel of Asus's packaging. The cooler is shown on the box, along with a raft of features and information. 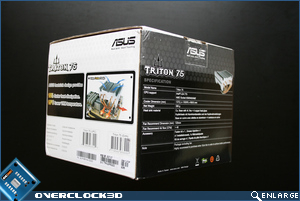 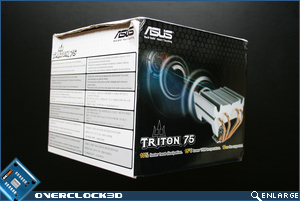 As you can see, my package got a little battered in the post. I was a little concerned before opening up... 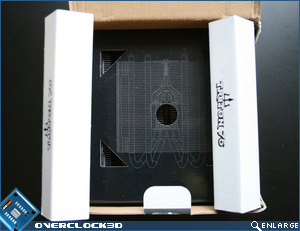 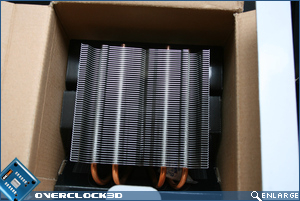 But I needen't have been worried, the cooler was in pristine condition and had not a spot of damage on it at all. Asus thought to package it all up well so even this obviously neglectful carrier hadn't made a scratch.

Coolers don't usually come with much apart from fittings and perhaps some paste and the Asus Triton 75 is no different. With the cooler being marketed as a silent solution I wasn't shocked not to see a fan in there, but admit to being a little skeptical as to whether it could pull off being 100% passive. 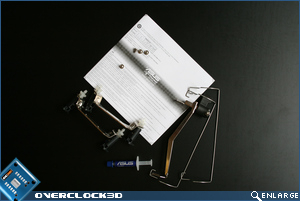 Not a bad lot, but lacking the fan that a lot of overclocking enthusiasts would still like to see in there.

Fan-less Design to Satisfy All Your Requirements & DIY Fun
The Triton 75 is ASUS´ first fan-less designed model which is compatible to all 12 cm fans in the market. Gamers can choose any 12cm fan freely to satisfy their requiremenst and enjoy DIY fun.

Fast Heat Transfer
Good combination of the copper base, fins and four copper heatpipes can efficiently transfer the heat to maintain the temperature for high-performance computing and stable operation.

Easy Installation
Innovation in assembly with push pins and clip makes fastening easier than ever for both Intel and AMD users. No need to remove motherboard.

I thought the perfomance would be better without a fan.Quote

FarFarAway
Me too, but Asus themselves didn't seem to think anything was remiss so I suppose it's normalQuote

Ham
At least they're trying new designs, not just re-branding other companies stuff like a certain company.

Great job as ever kemp!Quote

ionicle
i like this, they've taken heatpipes, like on the scythe infinity, and done some sort of mash up with a thermalright SI 120 lol