be quiet! Pure Base 500DX Review

Introduction - The Pure Base 500 Deluxe?

Introduction - The Pure Base 500 Deluxe

Last year, be quiet! released its Pure Base 500 case onto the market, offering PC builders a silence-oriented design that was more than capable of keeping your PC cool under load. But what if you wanted a flashier version?

When we reviewed the original Pure Base 500, we said that it was a bit of a plain Jane when it came to the aesthetics department, and those comments have gotten be quiet! fired up and ready to create something that will satisfy those who desire a little more sparkle.

Presenting the be quiet! Pure Bae 500DX, a more sophisticated take on the company's original Pure Base 500 ATX chassis. With this new model, the case's design has been focused on airflow, a tempered glass window has become a mandatory accessory, and addressable RGB has been fitted to both the interior and exterior of the enclosure.

Note that this is still a be quiet! case, don't expect this airflow-focused design to result in insane noise levels. Just because this case features an opened upfront section doesn't mean that be quiet! has suddenly turned into BE LOUD!

With this new model, USB 3.1 Gen 2 has been added to the front of the enclosure, an additional Pure Wings 2 140mm fan has been installed, and builders can expect the same level of HDD and water cooling support as the original Pure Base 500. With an MSRP of £89.99, this case offers a lot. 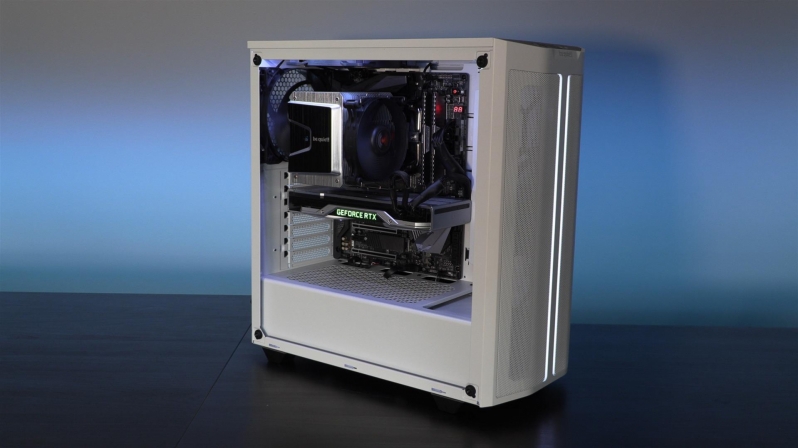 Below are the major features of the be quiet! Pure Base 500DX. 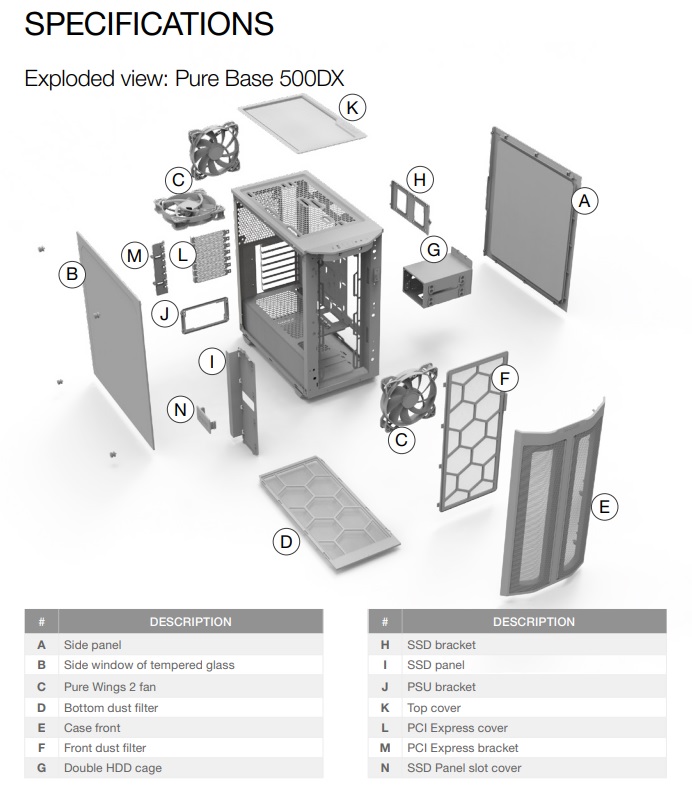 In addition to these changes, the Pure base 500DX also features integrated addressable RGB lighting on both the interior and exterior of the chassis. When combined with the case's new front panel design, these changes help to make the enclosure more visually appealing to end-users. 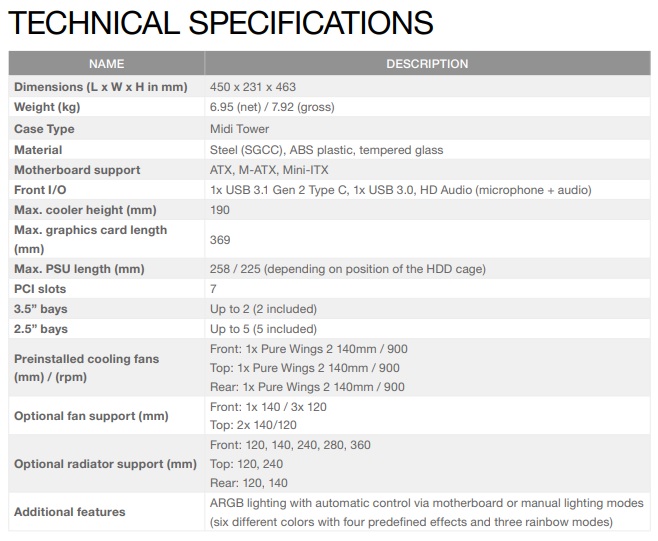 It's sad that we are now celebrating when a case has front airflow instead of idiot companies covering it up with glass when there should never be any glass up front to begin with.Quote

WYP
Quote:
I wouldn't say that we are celebrating the airflow focus here. The lower temps are partially due to the extra fan and this case isn't much cooler, thermally, than the original.

For me, what sets this case apart is its great use of RGB, both inside and outside of the case. It looks great.Quote

AlienALX
The first case they have made that I genuinely like.Quote

I would really like to see them pair white cases with white Shadow Wings 2 fans. That combination would be brilliant.

I did ask bequiet do they plan white Silent Wings, but sadly they don't.Quote
Reply