Conclusion & Video - Are Be Quiet's Silent Wings PRO 4 RGB fans worth it?

I don't know about you, but when I see a fan that says "be quiet!" on the box, I do not expect a fan that can run at 3,000 RPM. Those kinds of speeds are kind of crazy, and not something that I would consider quiet or silent. In this regard, the be quiet! Silent Wings PRO 4 is a bit of an odd duck, though it makes a lot of sense in today's PC market.

While its naming arguably makes little sense, it is worth remembering that this fan has a switch on the back that can limit the fan's maximum speeds to 1,600 RPM (Medium Mode) or 2,500 RPM (High Mode), enabling quieter operation. With this in mind, we should see the Silent Wings PRO 4 as a fan that has the option to run at 3,000 RPM, and not as a fan that throw's be quiet's branding and "silent" naming scheme out the window. That said, at 3,000 RPM, the noise levels of these fans are not as high or offensive as expected. Definately louder than we'd like, but you can live with it.

If there is one thing that can be said about the be quiet! Silent Wings PRO 4 fan series, it's that a lot of care and attention has been put into these fans to ensure that they are suitable for all users. We have replicable fan corners to cater to those who are using this fan on radiators, heatsinks, or as airflow case fans. We have a fan RPM switch to give users the options of quiet performance and silent operation, and "please crank those fans up to 11". The gap between the fan and its housing has been lowered to 1mm, maximising performance and static pressure, and the fan has been designed to have a life span that is up to six times longer than their predecessors. That's impressive stuff.

Be Quiet has also opted to give these fans a 5-year warranty, which is quite large when compared to some competitors. Yes, these fans don't have RGB lights that can fail, but don't underestimate the ability of PC builders to put their systems under a lot of strain. Five years is a long time for a warranty, and with a 300,000 hour expected lifespan, you can expect these fans to last much longer than that. While these fans are expensive, you shouldn't expect to replace them anytime soon. 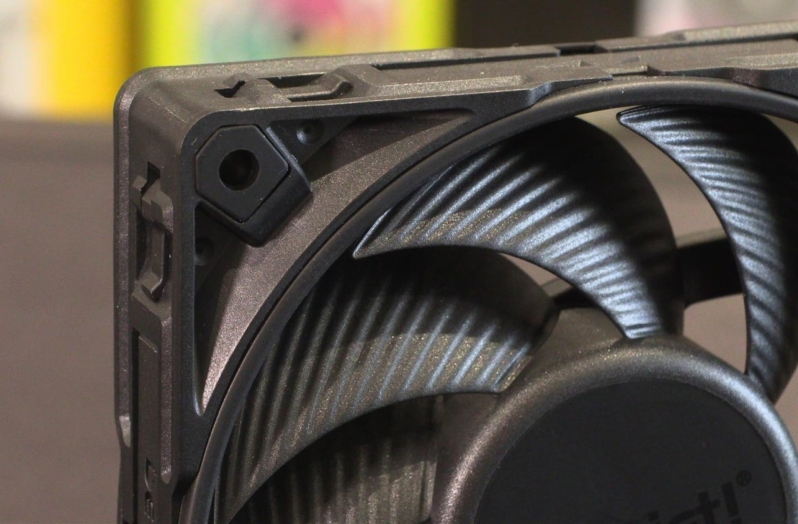 If you want fans that give you a lot of room for tinkering, lower noise levels than most fans in the same RPM ranges, and great performance levels, you could do worse than getting a set of be quiet's Silent Wings PRO 4 fans. They are expensive, but all fans of this type are. What Be Quiet offers here is more versatility than their competition, and a lot of though and effort that will allow you to make the most of these fans whatever your use case is.

While our testing today was limited, our takeaway is that we like these fans. It's just a shame that Be Quiet did not send us more of them to help us conduct a more thorough analysis.

You can join the discussion on Be Quiet's new Silent Wings PRO 4 fans on the OC3D Forums.

Dawelio
Am I the only getting this feeling that ever since Noctua released their NF-A12x25 fan, companies such as MSI, Cooler Master and now Be Quiet, all are essentially copying it's design for their blades and fan hub. Most of Be Quiet's previous fans has a much smaller motor hub than this one.

With that said though, seems like a solid one, thinking I'm a fan of it

AngryGoldfish
Quote:
To be honest, Noctua have been leading the pack in most things related to air cooling for a long time now. Obviously other companies have innovated as well; I'm not saying they're all copying Noctua. But for many years Noctua have been the leaders because they continue to innovate and then watch as others follow suit.Quote