Up Close: Interior Overview, Front and Base

Up Close:  Interior Overview, Front and Base

The side panels are tool free, being held in place by four small metal pegs which locate into the main chassis.  So smooth is the removal that before we saw the pegs we thought they were held on lightly by magnets.  As the side panels curve round anteriorly, removing them also exposes the gloss front of the case along with the ventilation holes which are otherwise masked from view.  Superficially at least the interior of the case looks more like a mid tower than one designed to take M-ATX or M-ITX boards, and at 420 high and 465mm deep it's proportions aren't that different from some mid towers able to take full size ATX boards. The narrowness of the case does mean that you're not going to be fitting a hefty CPU tower cooler in there, in fact anything over 124mm is a non starter, which limits you in the main to low profile CPU coolers, or as is more likely AIO based water cooling systems.  The depth of the case does though enable it accommodate GPUs up to 350mm long even if the width does mean that you're going to have to watch they don't come in more than 120mm tall off the motherboard. 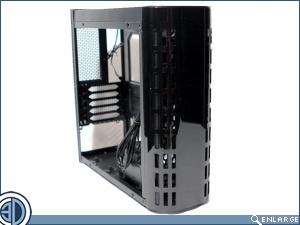 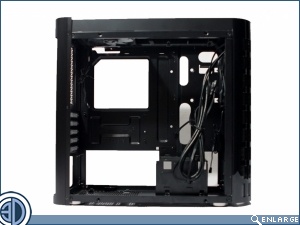 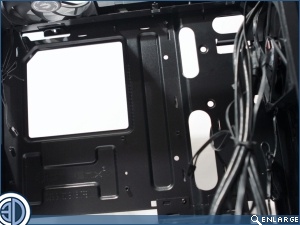 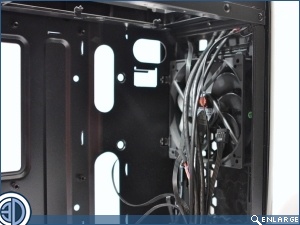 The frame at the base of the case is able to house a 2.5" drive on its side, making it visible through the case window.  It's primary function however is to act as a cable management conduit, with the cables exiting the PSU underneath it and then being routed up through the grommeted holes.  This bracket is removable as we'll see later. 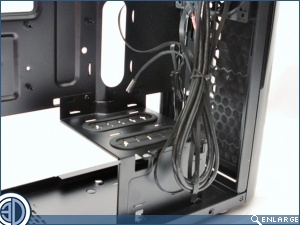 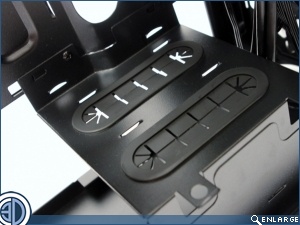 We were very impressed by the level of support offered to the PSU.  In a time when we're starting to see little more than a cursory slim rubber sticky pad it's nice to see four decent sized feet firmly anchored to the case floor.  Any PSU up to 180mm can be used with the cable management frame in situ, with longer units accommodated if it is removed. 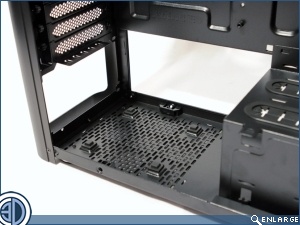 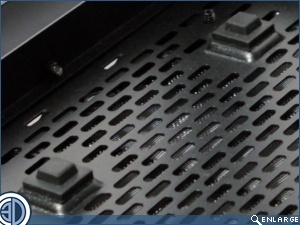 SieB
I like the look of this case, very sleek and minimalistic. If it wasn't for me having to change my motherboard I would have bought one. It would be good to see a larger ATX version of this case though with room for a 360 in the roof and a 240 in the front.Quote

RizeAllard
I can imagine a HTPC in this case in my living room...

I think this case is better with plaine side panel. The icon panel looks really good.Quote

RickPlaysWarr
Nice review Gary. I like the case if I go MATX in the future. I think the choice of components can help a lot with the limited airflow options. I think a single GTX 980 in the default blower style would be awesome in this case. Not too tall like the DCU2 or other tall cards and the blower exiting the GPU heat out the back would be a big plus.Quote
Reply