We have many cases to review here at the Lincolnshire branch of OC3D.  Most of which go unnoticed by the erstwhile Mrs Dubs.  Not so the Portal.  To quote my good lady wife, "wow, that looks fantastic.  It's so nice to see something different to the usual black boxes with windows in them".  I have to say, she does have a point, the Portal is one sexy individual of a case. 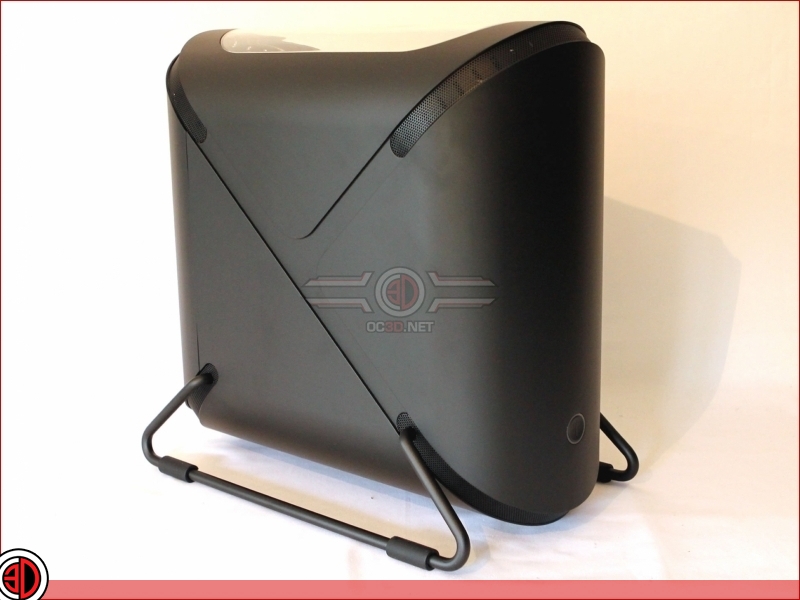 Aside from the steel legs and the perfectly curved acrylic window in the roof, the rest of the exterior casing is Aluminium.  The quality of the build, and the exact nature of the shut lines tells us that this is one very well manufactured case.  Even the necessity of having a front I/O fails to ruin the aesthetic appeal. 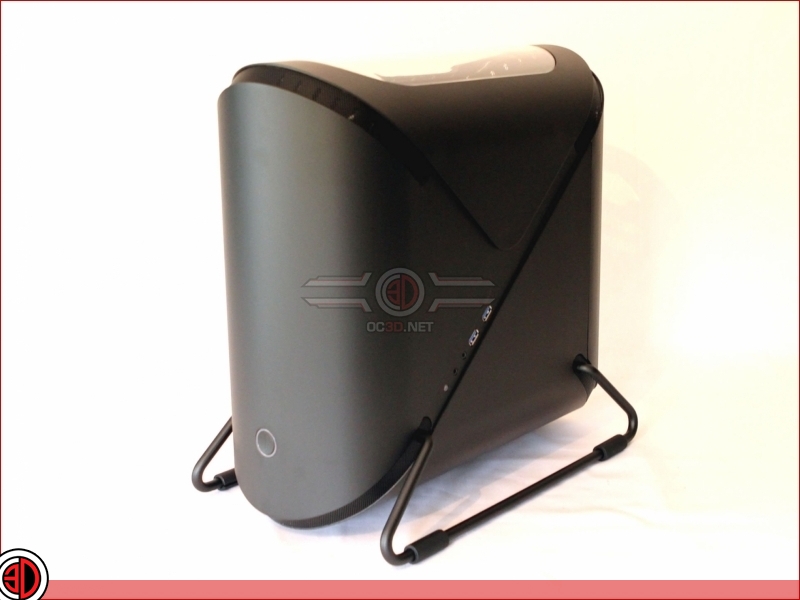 Despite looking flimsy, the steel feet are actually remarkably robust.  OK, so you couldn't stand on the case or wear it as a pair of shoes as you could the Prodigy, but it's tough enough that you won't be worried about anything snapping off.  That said, we're not "That Sure" that we're willing to put some weight on it and put it to the test.  The only real concern we're starting to have about the Portal at this point in the review is that there doesn't appear to be a great deal of air venting to keep the interior cool. 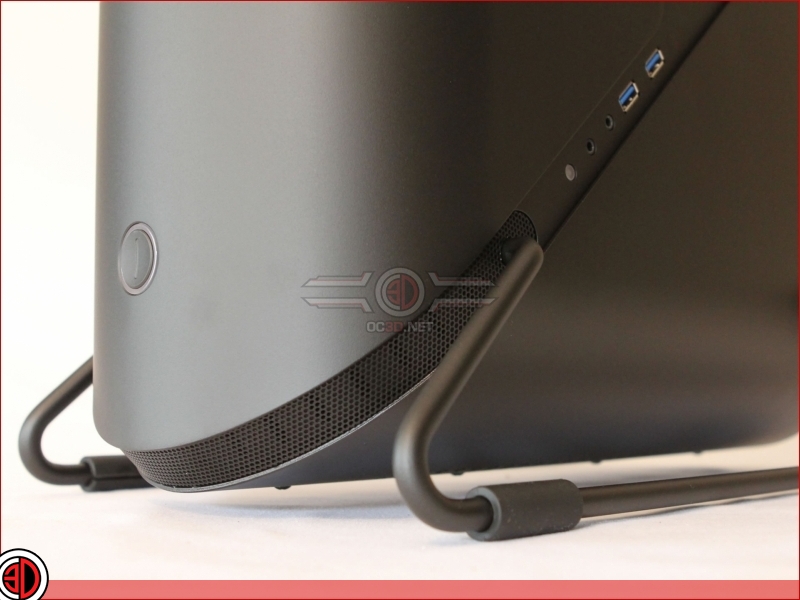 We're particularly impressed with how well BitFenix have engineered the curve of the acrylic panel to match exactly to the curve of the Aluminium skin.  When the case is built into, this window will give you a view downwards onto the top of you sexy, and no doubt expensive GPU.  Again, we can't help but be a bit worried about the amount of air circulating in the Portal. 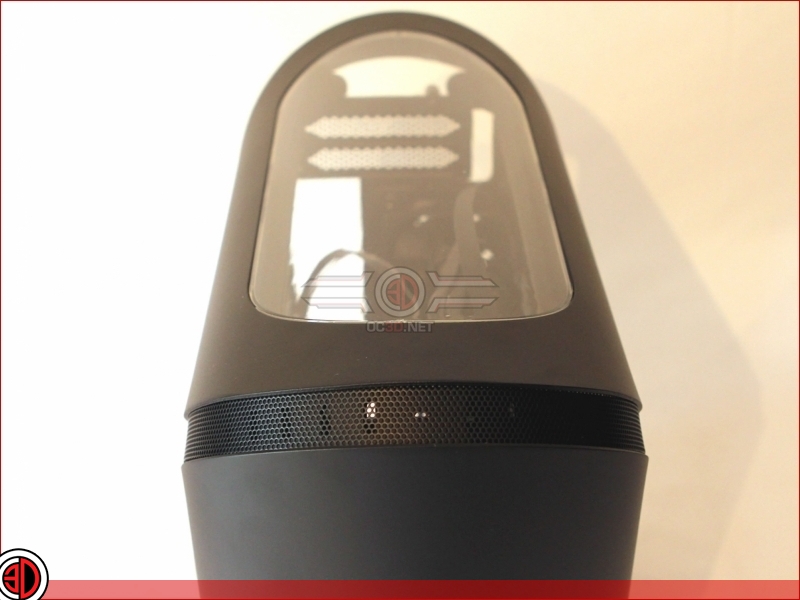 The necessary placement of our OC3D watermark does make the this particular Portal look like it's an OC3D version.  That aside, we just love the curving aesthetic on offer here.  Even the power button down at the bottom fails to upset the apple cart. 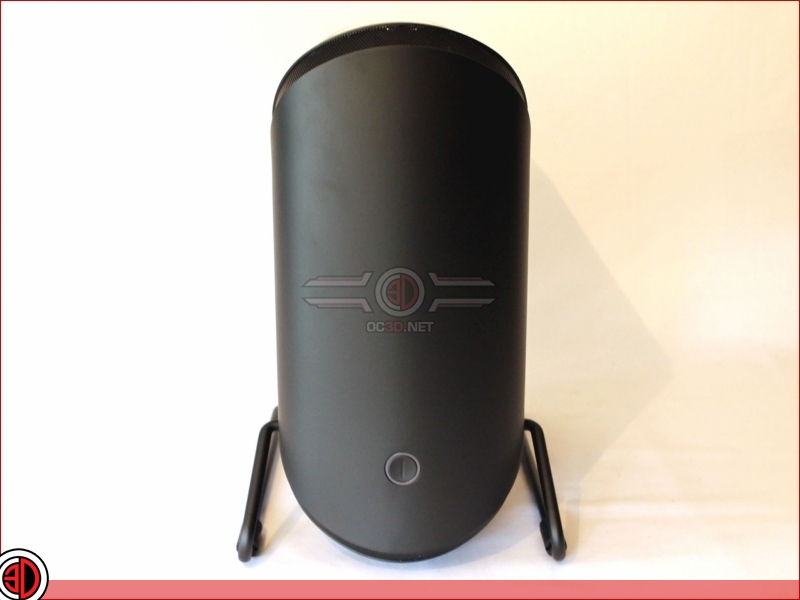 Take a look through the mesh and you'll see that what lies behind is quite restrictive in that there aren't that many holes and they aren't especially big. 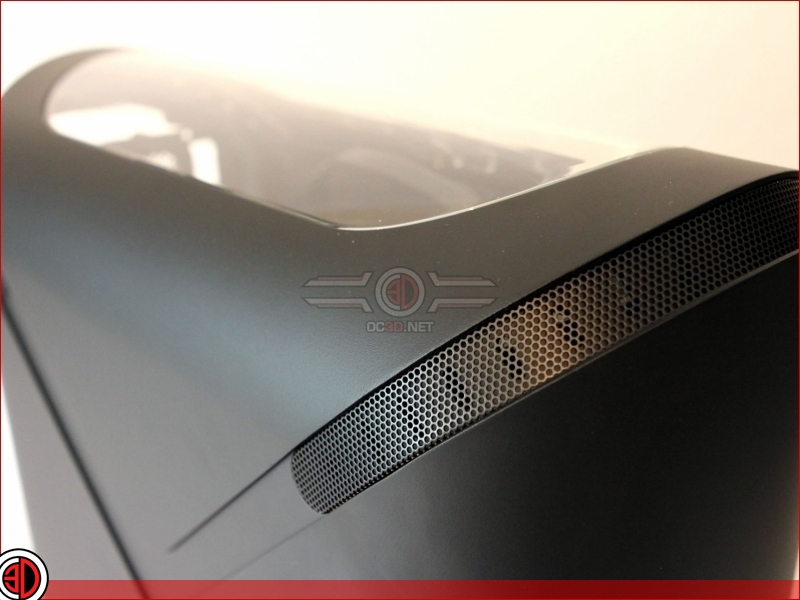 The base of the case does have ventilation, and is raised up by the sturdy feet.  Lets' hope BitFenix have made maximum use of fans and airflow direction inside. 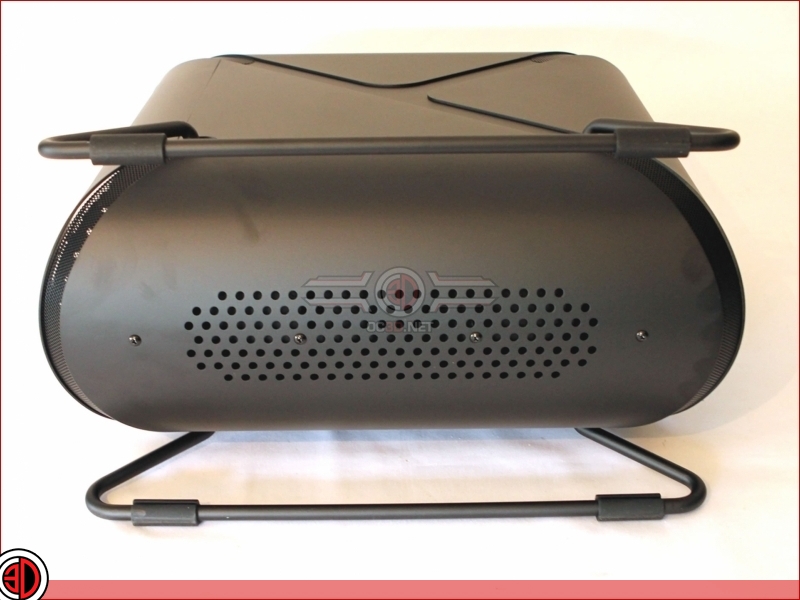 Finally we get to the rear of the exterior.  Here we can see the two vented PCI slots, along with the rear I/O cut out on the right hand side.  To the left of this we find a space for 2x80mm fans, with one fan fitted as standard.  Down at the base there's room for an SFX PSU. 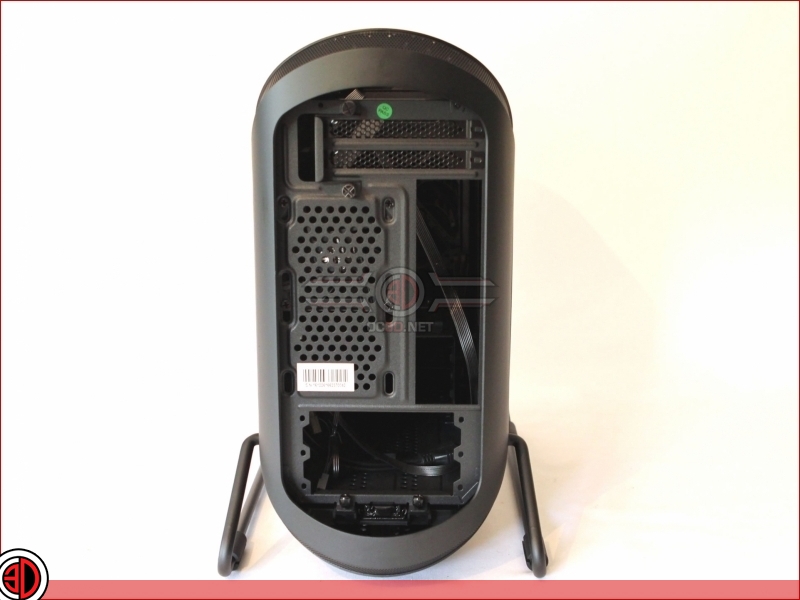