For a £120 case, you're not exactly spoiled with accessories and extras.  a bag of screws, a buzzer, an allen key and a slack handful of cable ties and that's your lot. 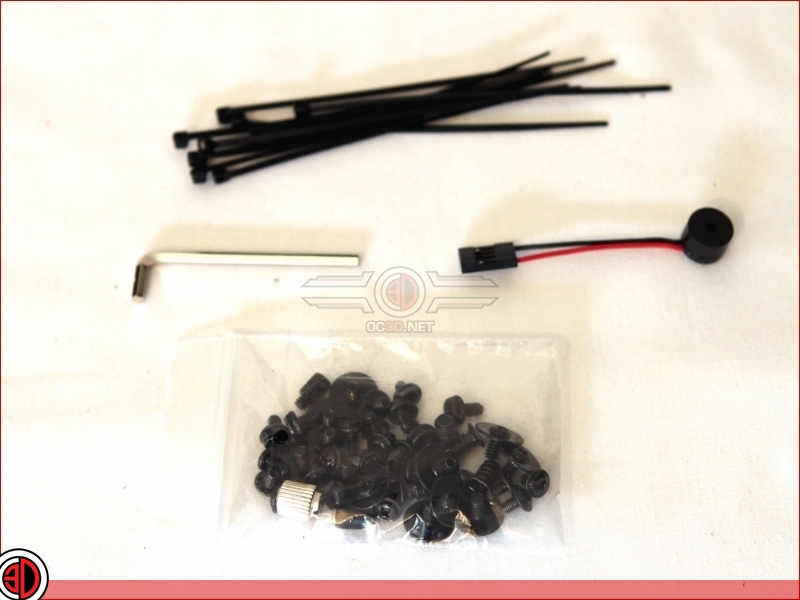 The instructions are pretty decent, which is just as well, as with an unusual design such as this you can't really rely on your instinct and prior knowledge. 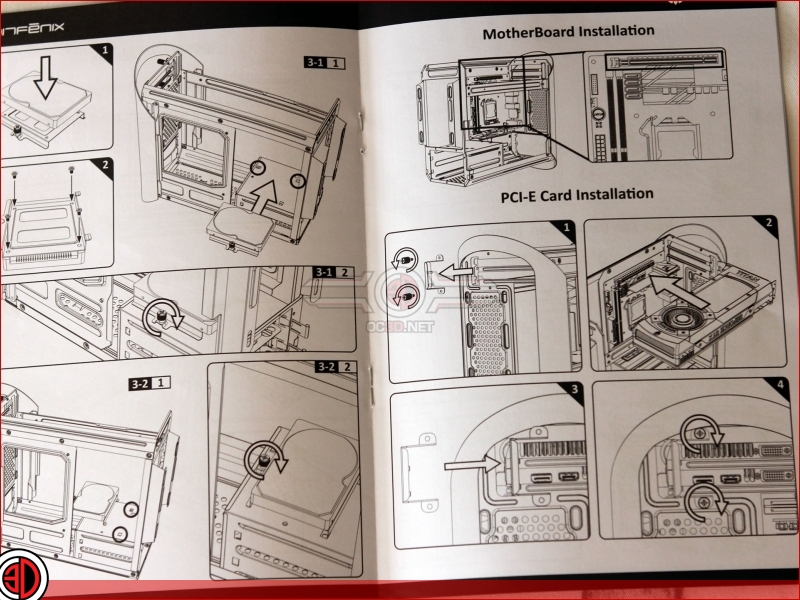 The Portal doesn't take a full size PSU, but does accept the SFX units which are plentiful enough on the markets these days.  Looks like cable management is going to be fun. 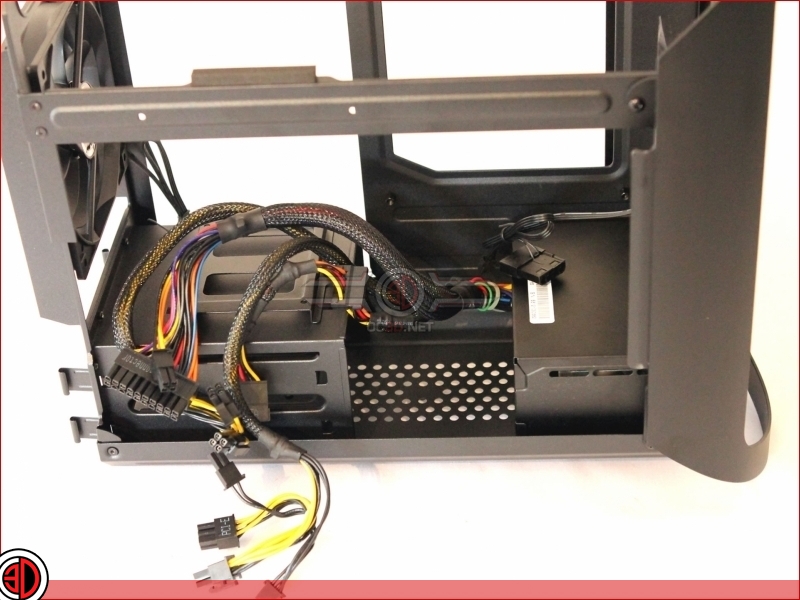 For such a small enclosure, the Portal is actually quite easy to build into.  The only complaint we have in this respect is that there's no where to route the 8pin CPU cable, so it has to go on the front side of the Motherboard.  There's no window in the side to see it through though, so that's not really a biggy.  You'll also notice that we haven't shown the Portal with our normal Havik 120 cooler, and that's because there's not way it, or for that matter any other half decent tower cooler is going to fit in here.  The only real option CPU for cooling is to place a 120mm AIO in the front of the case.  Doing so will certainly provide decent cooling for the CPU, but rob the rest of the case of any through flow of cool air as it will replace the front fan intake. 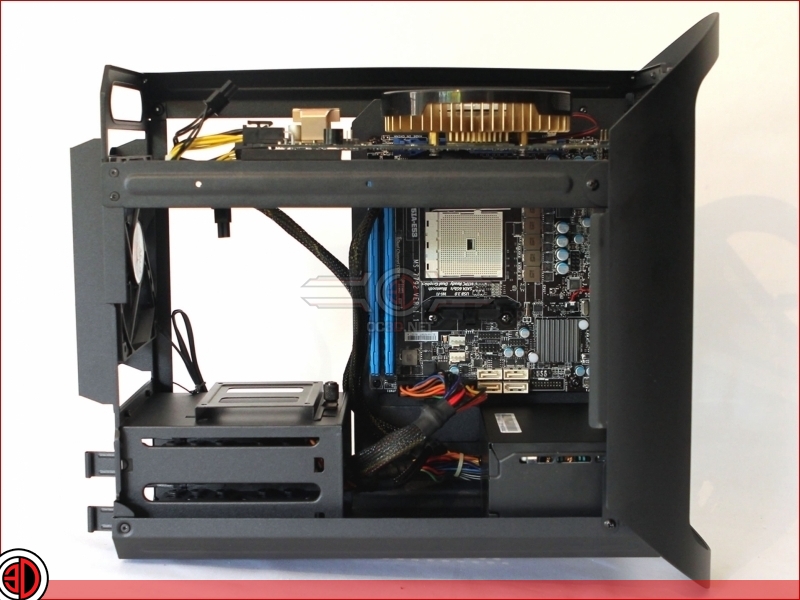 THE GPU sits in the top of the case with it's fan sucking down from the window side.  As hot air has a tendency to rise, and as ventilation up here is somewhat limited, we can't help but think that we're going to be getting some toasty GPUs. 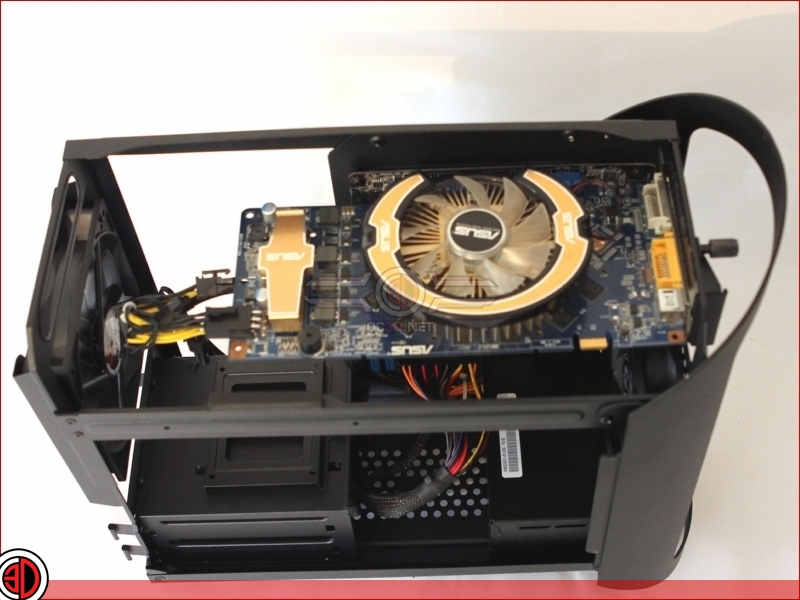 We do though have to admit, that even our aged ASUS EN8800GT looks good through the top window.  Just think how sexy and "hot" a modern card with an overclock on it will be. 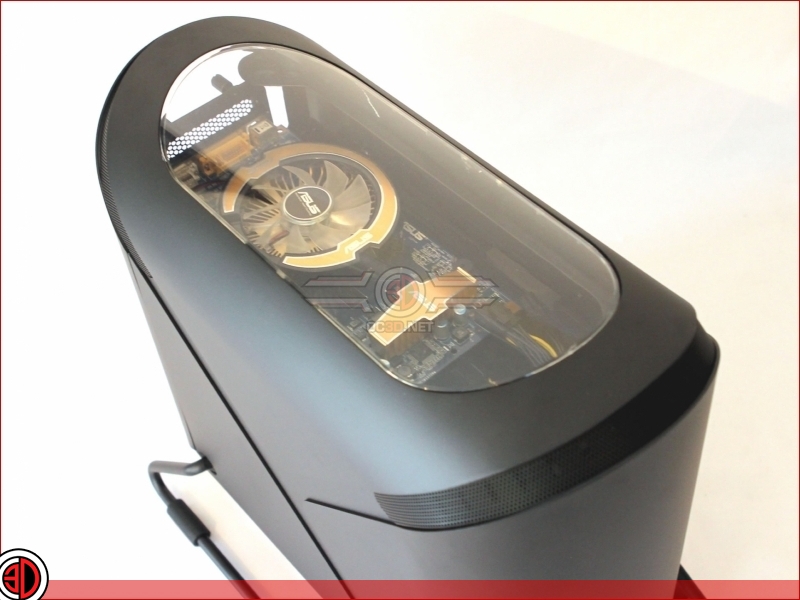