Glass, mesh or both? - Water cooling and fans

Glass, mesh or both? - Water cooling and fans

When the H500P launched, it received a lot of flack for its use of a tempered glass front panel. A large number of consumers were concerned about the airflow provided to the case's two front 200mm fans, after all, you don't want your ginormous fans to be starved for airflow.

To address these concerns, Cooler Master eventually released a variant of the H500P and used a mesh front panel instead of Tempered glass, allowing their colossal 200mm fans to breathe freely, granting systems inside the H500P additional airflow.

With the H500M Cooler Master has decided to provide purchasers with both tempered glass and mesh front panel options. This duality will allow users to select whichever option is best for their system and gives them the opportunity to change their mind at a later date.

Cooler Master's H500M will ship with a mesh front panel pre-installed, giving users the best airflow out of the box. 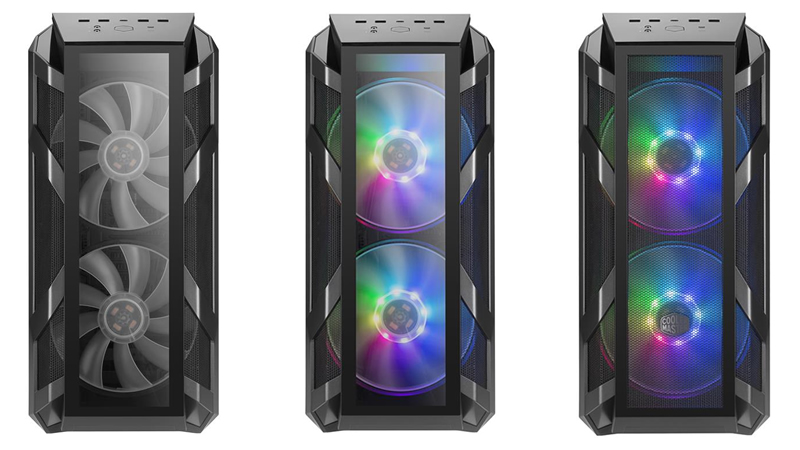 Fan-wise both the front and top of the chassis support up to three 120mm fans or two 140/200mm fans (three 140mm fans for the front). The rear of the chassis includes a pre-installed a 140mm non-RGB fan. 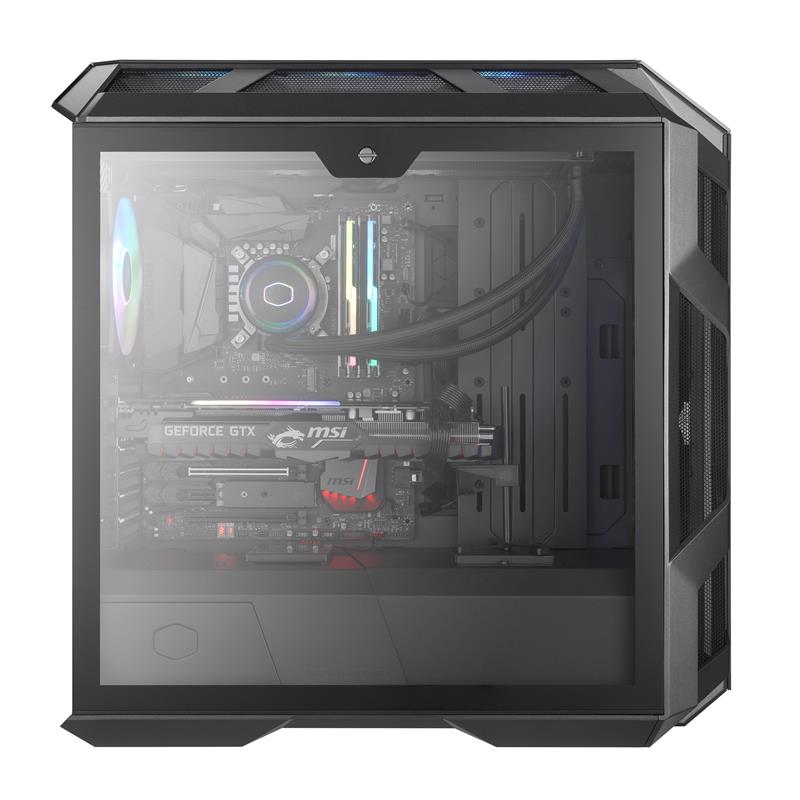 ImprovizoR
If only it wasn't so full of glass. A side panel, sure. But the other side, top and even the optional front panel glass is kinda disgusting.Quote

Avet
This is what original should have been. This one i would consider as the case that i might buy. Previous ones no. It is bad that they don't offer mesh top addon.Quote

SCO77YBOY
I wonder if they will release another one .lol

They have never seen £199 for it.lolQuote

dugdiamond
the upright mounts are nice.
i wonder if the brackets for the P22-D5 res/pump combo fit them ????
Hmmm? Can TTL find out!!!

as it stands, the ThermalTake P22-D5 is a very tight squeeze in this case. a 360 rad in the roof cannot have push/pull (unless you put the pull fans the other side of the top-plate) and the max rad size for the roof with the P22-D5 is 25mm thickness (either PP or single)... if you want the nice shroud to hide the drive caddy and cables.

a rad in the front of this case would look fugly.
the rad position in the top of the case is recessed... meaning you cannot see the rad sides.
whereas, in the front you would.

ThunderPrat
It just falls short for me, I really wish they’d have included mesh for the top and stuck with steel on the back at least now it’s looking more like a HAF.Quote
Reply