Modern PCs can produce a lot of heat. Between high core count processors and increasingly power-hungry high-end graphics cards, cooling performance has become an increasingly important factor within the custom PC market. With this in mind, Cooler Master's HAF 500 case will only be available with a mesh front panel, maximising the airflow available to the enclosure's large 200mm fans.

To help optimise GPU cooling, Cooler Master has also added a 120mm fan inside their chassis on a rotatable mount, allowing users to direct airflow into their graphics cards, increasing their cooling performance. With Nvidia's planned RTX 3090 Ti graphics cards reportedly sporting TDPs of 450W+, additional GPU airflow will be seen as a welcome add-on for gamers, especially overclockers. 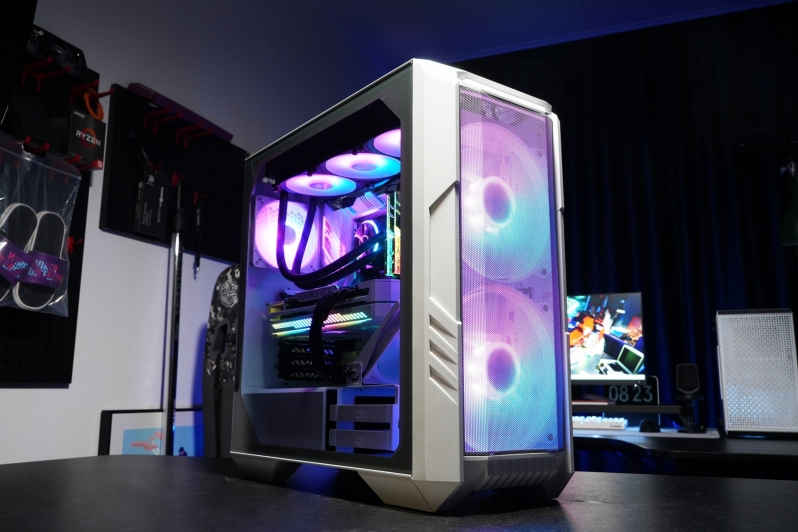 Cooler Master's HAF 500 chassis can support 360mm/280mm liquid coolers on the top and front of the case. The front of the case cal also support a 200mm radiator, though we will detail later in this review why that is a bad idea.

Pre-installed within the HAF 500 is two ARGB 200mm fans and two 120mm SickleFlow fans. One of these SickleFlow fans is an ARGB fan that is intended as this case's rear exhaust, while the other is this case's dedicated GPU cooling fan, which lacks ARGB lighting support. While we can see some people liking the inclusion of a non-RGB GPU cooling fan, we also see others disliking the fact that Cooler Master did not make all of the HAF 500's fan ARGB illuminated.

As mentioned previously, the HAF 500 features a tiltable GPU cooling fan, which can be used to direct airflow towards graphics cards to enhance their cooling performance. With modern graphics cards featuring higher TDPs than ever before, GPU airflow has become an essential consideration for modern PC case designs. Cooler Master's solution to GPU airflow problems is the inclusion of a dedicated GPU cooling fan, and we will see later if this solution works as intended. 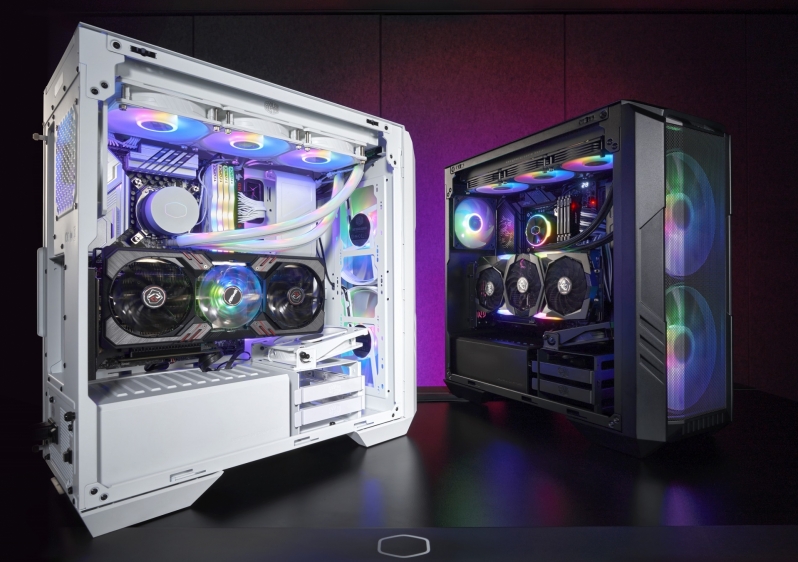 Cooler Master has informed us that their HAF 500 chassis will cost £139.99 in the UK, which makes a lot of sense given the number of fans this case ships with and how large this enclosure is. This is a spacious PC case, and today's high shipping costs are making it more and more expensive to globally distribute products of this size.

The HAF 500 will be available in black and white, with all models featuring a mesh front panel, tempered glass side panel windows, and support for EATX motherboards. This case also supports USB 3.2 Gen 2 (20 Gbps) with its front panel USB Type-C port. 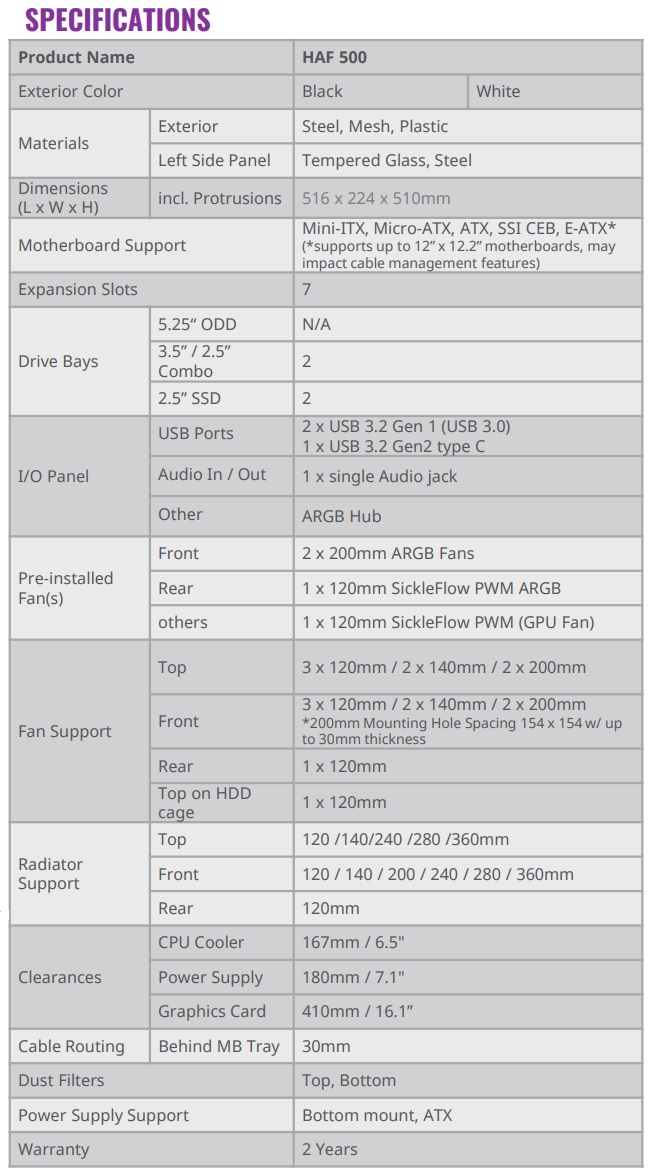