The Build - Inside the Cooler Master HAF 500

Today we are looking at the white version of Cooler Master's HAF 500 PC case, which features a mostly white/grey colour scheme and RGB lighting in the form of the enclosure's front mounted 200mm fans and rear-mounted 120mm fan. The good news for white case enthusiasts is that Cooler Master has given these fans white shrouds, allowing these fans to blend in nicely with the HAF 500's other white elements.

As you can see, the HAF 500 features an all-mesh front panel, with this HAF 500 offering no front glass panel to uses. This is good news for PC builders, as these front glass panels harmed the airflow of prior HAF series cases, removing the HAF series' High Air Flow design intention. That said, below we will show you a new problem that Cooler Master has given themselves. 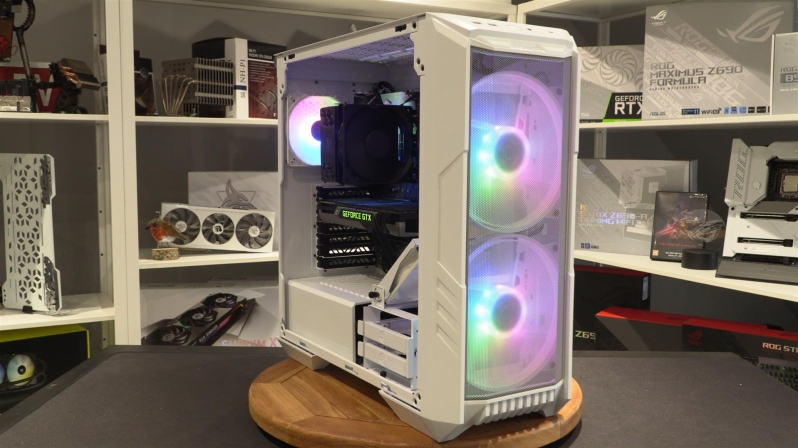 On the left side of the HAF 500 is a tempered glass side panel with a grey surround, giving this case an almost Corsair-like colour scheme. We like it, as white/black would present an overly stark contrast with this case design, taking away this enclosure's understated look. 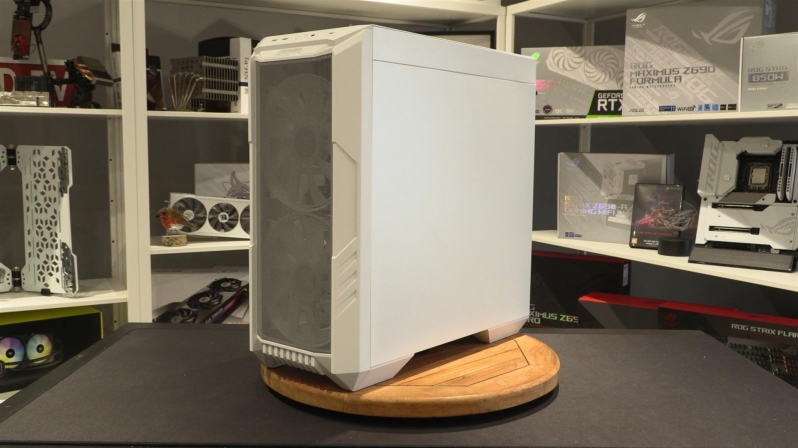 At the top of the HAF 500 is ample room for liquid cooling radiators that are up to 360mm or 280mm in size. These radiator mounts are offset, but that does not mean that there isn't enough room under this plate for a radiator before reaching this case's motherboard area. This case has plenty of space for a tom-mounted radiator.

Typically, this top plate is covered by a grey dust filter, which can be seen on other pictures of this chassis. I/O-wise, we can also see two USB 3.1 Gen 1 ports, and a USB 3.2 Gen 2 USB Type-C port (20 Gbps). We also see a standard audio in/out jack. 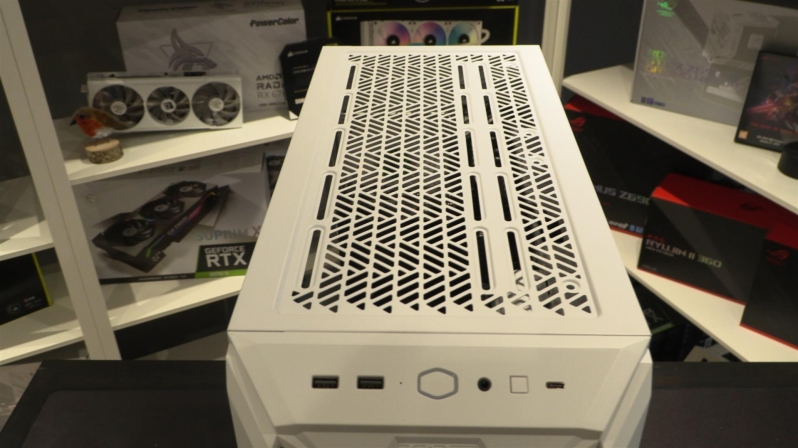 Honestly, we expect better from a HAF series chassis, with this 360mm/280mm radiator mounting plate being a removable add-on or (at a minimum) a better ventilated piece of metal. Some extra venting holes would have done wonders here. Cooler Master, why have you needlessly limited the airflow of this "High Air Flow" (HAF) case? If I were buying this case, the first thing I would do with it is take out my tools and cut some proper ventilation holes for this case's 200mm fans. 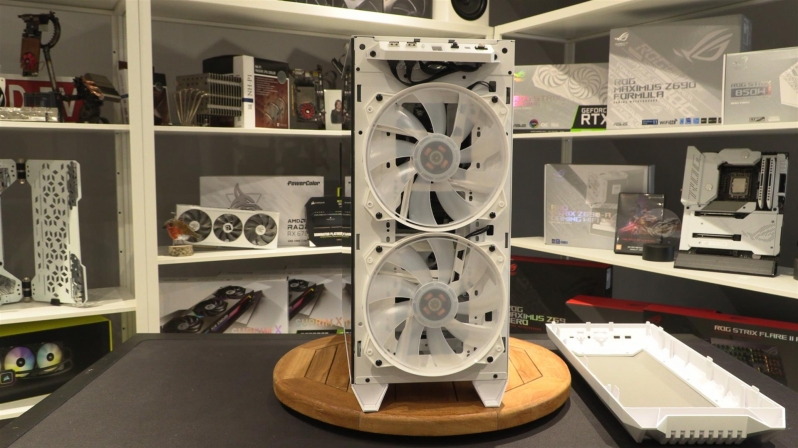 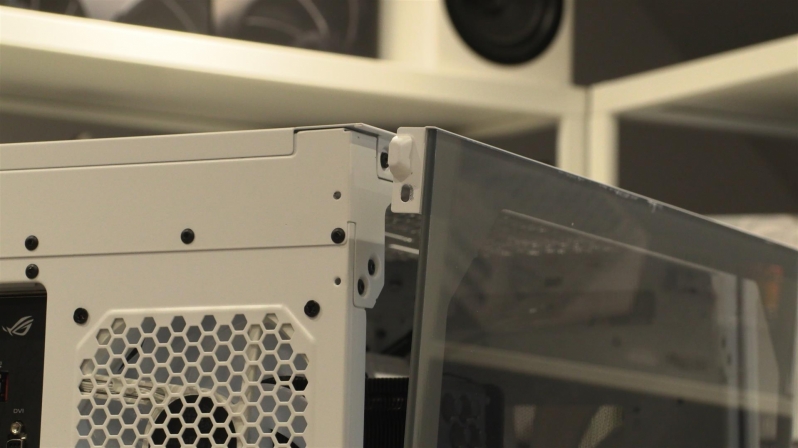 At the rear of the HAF 500 is a panel designt that limits airflow to specific locations, our the case's PCI slot covers or though the case's 120mm fan mount. This helps to direct airflow out of the chassis in specific areas, and prevents dust from blogging into the case from other areas. This design helps to give the HAF 500 a clean aesthetic, and the case's use of black rivets deliver some nice contrast and showcase's the enclosure's construction. 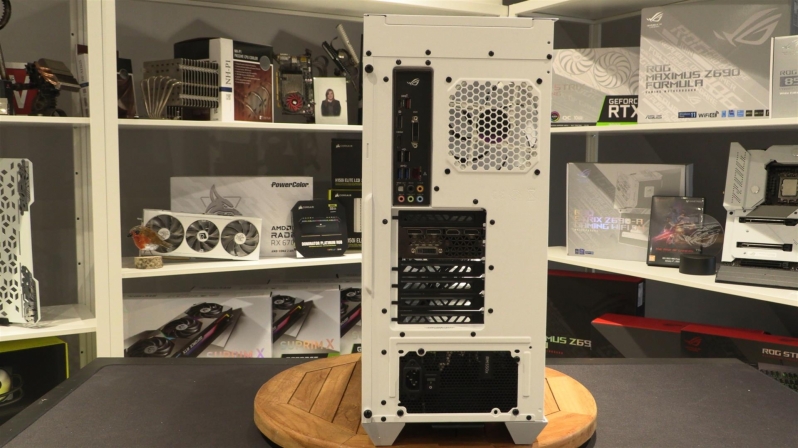 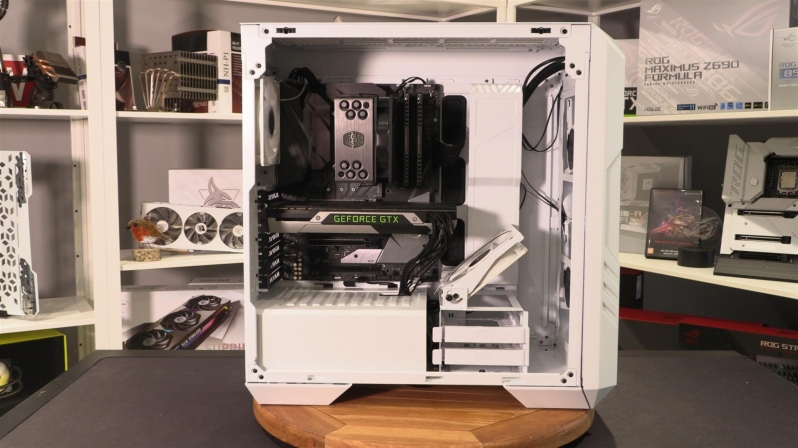 Here, we can see Cooler Master's 120mm GPU cooling fan, which can be used to direct airflow into the GPU area of the HAF 500, helping to reduce GPU thermals. This will work best for graphics cards that use Axial fans, unlike the blower-fan reference GTX 980 graphics card that we used for case testing. 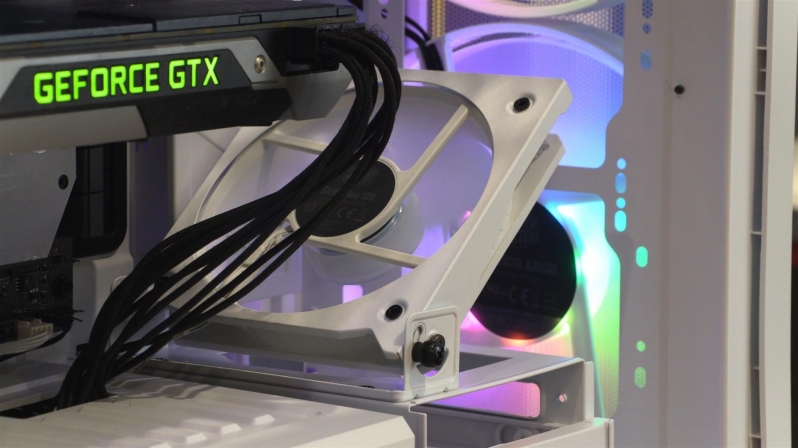 At the rear of the HAF 500 we see plenty of space for cable management, a fan/ARGB LED hub and space for multiple 2.5-inch SSDs. With this case's steel side panel, HAF 500 users won't need to put in much effort to get tidy cable within the main (windowed) side of the case. That said, there are plenty of places for cable ties for those who want to manage their PC's cables properly. 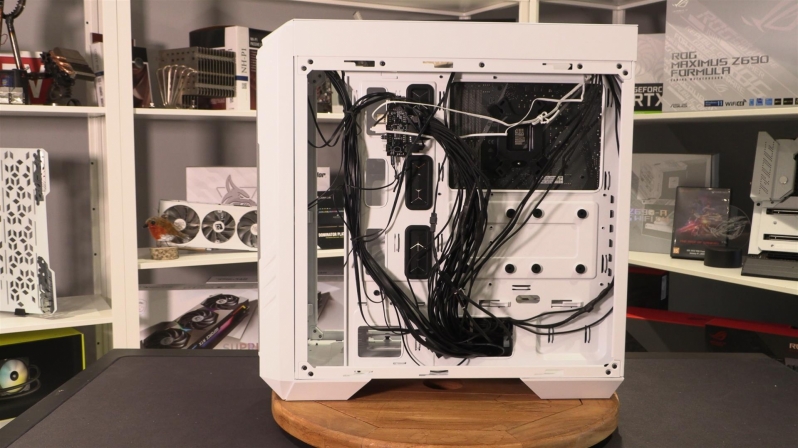 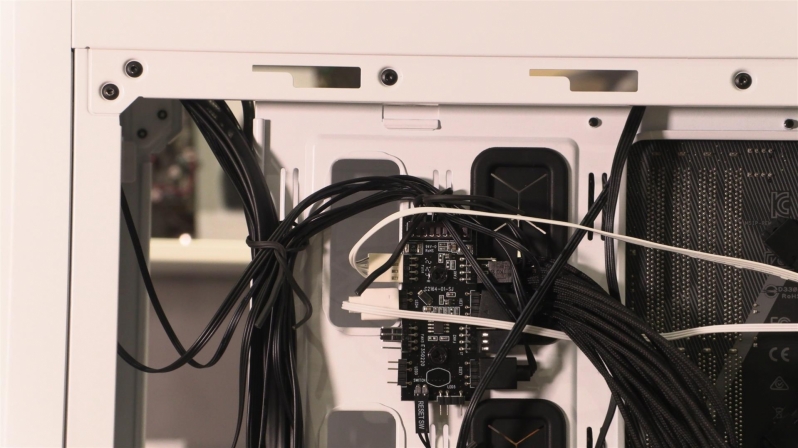 Again, we can see below that Cooler Master has needlessly limited the airflow offered by their 200mm ARGB fans by mounting a unventilated steel plate behind most of its area. In doing so, Cooler Master has limited the potential of this case by reducing the usable area of their large fans. While front radiator support sounds good on a spec sheet, not being able to properly utilise the case's front-mounted 200mm fans is too much of a compromise to make for the same of 360mm radiator support. 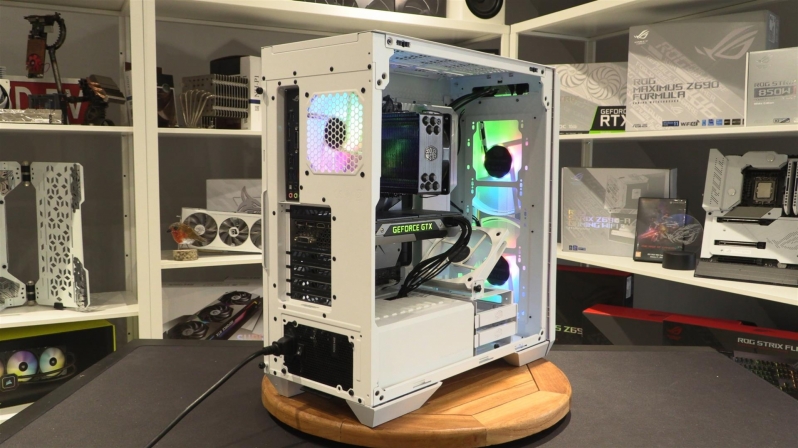