Thermal Testing - Does this case live up to the High Air Flow (HAF) Name?

As usual, we will start off with our Max fan RPM test, though we will note that the front 200mm fans included with Cooler Master's HAF 500 chassis max out at speeds of 800 RPM. While these speeds ensure that these fans are near-silent at all times, they also prevent users from achieving higher levels of airflow by increasing their fans speeds further when required.

In the tests below, we connected Cooler Master's Sickleflow fans directly to our system's motherboard to enable full fan speed control. Even so, the limited speeds of Cooler Master's 200mm fans and the fact that large portions of these fans are blocked (see page 2), limit the potential effectiveness of these fans.

At max speeds, Cooler Master's HAF 500 delivers respectable performance levels, being competitive with other case designs even with its front fans limited to low speeds. The good news is that these fans deliver ample airflow to keep our test system cool, but we feel that Cooler Master should have offered higher speeds options for their large 200mm fans. A HAF (High Air Flow) series case should give users the option to spin their fans faster. 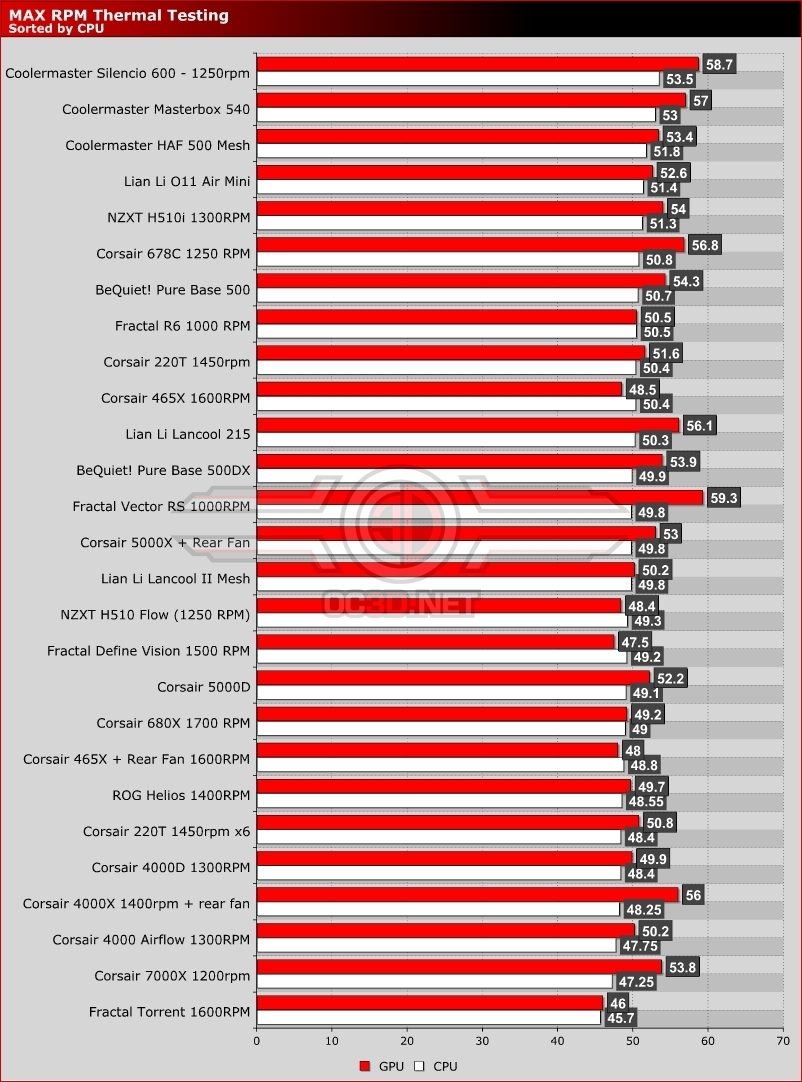 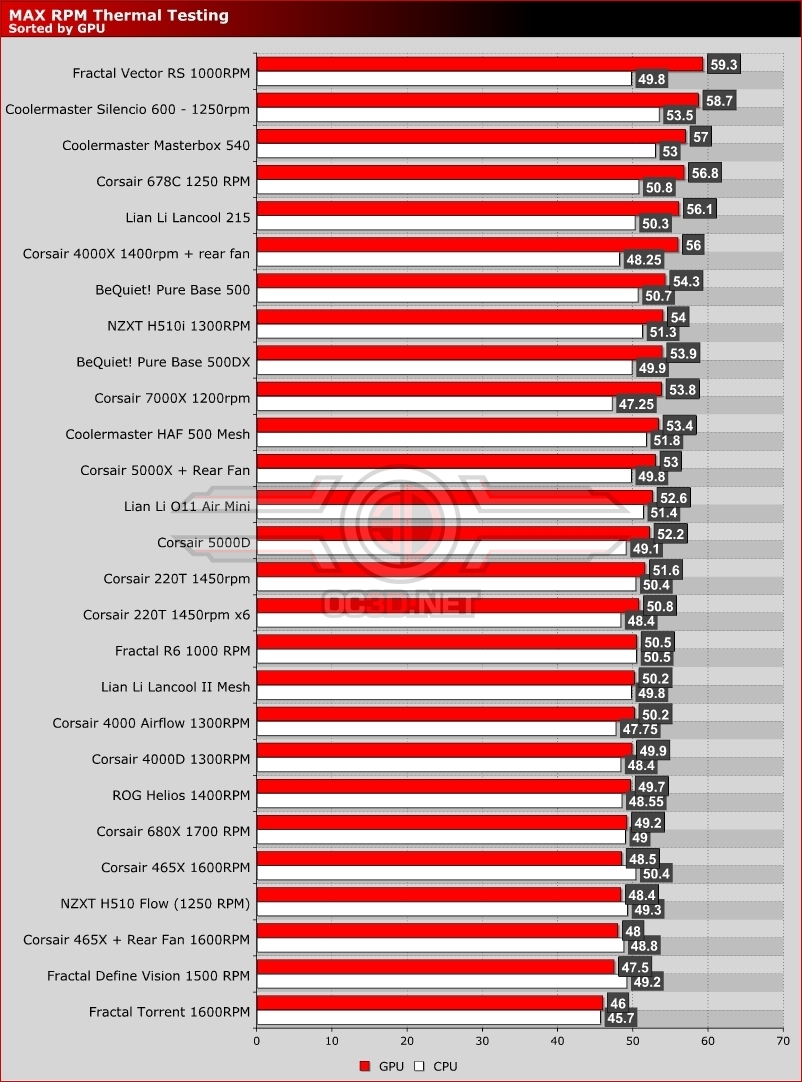 With our 1000 RPM tests, we will note again that Cooler Master's two 200mm fans are limited to speeds of 800 RPM, which means that only their SickleFlow fans can run at 1000 RPM speeds. This is why cooling performance is almost identical to our max speed cooling tests.

When compared with cases at similarly low fan speeds, Cooler Master's HAF 500 sits much further down our cooling charts. The good news here is that the HAF 500 is near-silent at these fan speeds, which is great news for PC builders. 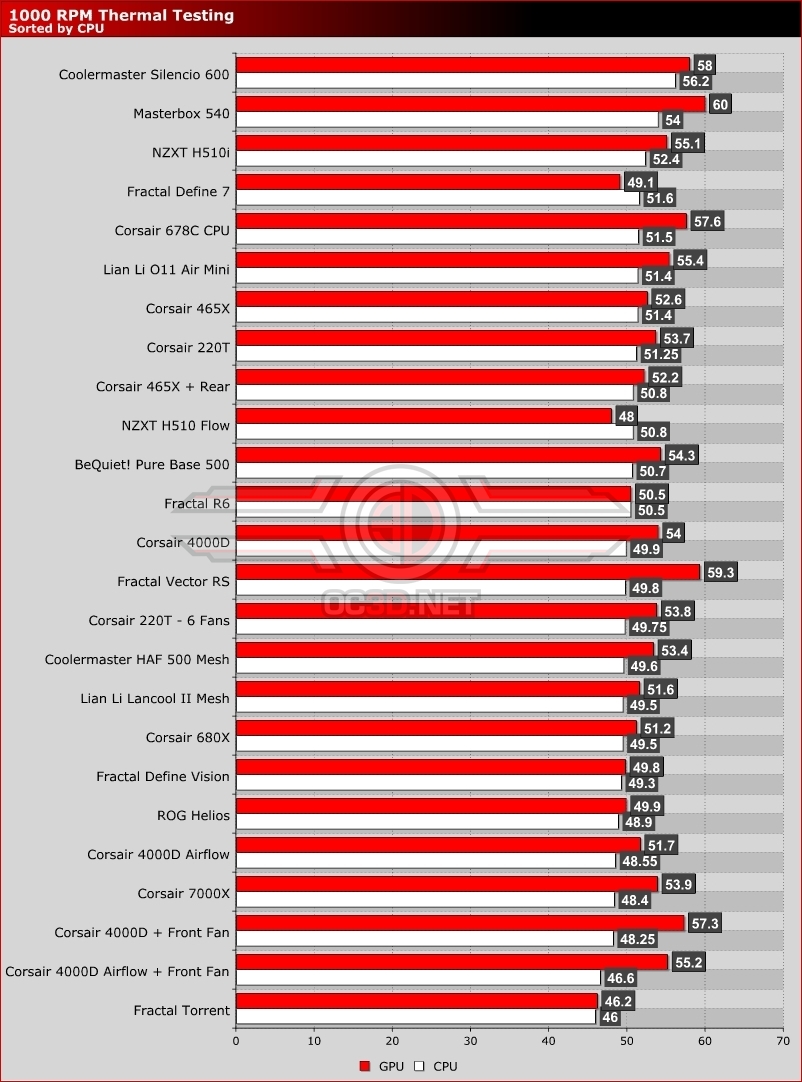 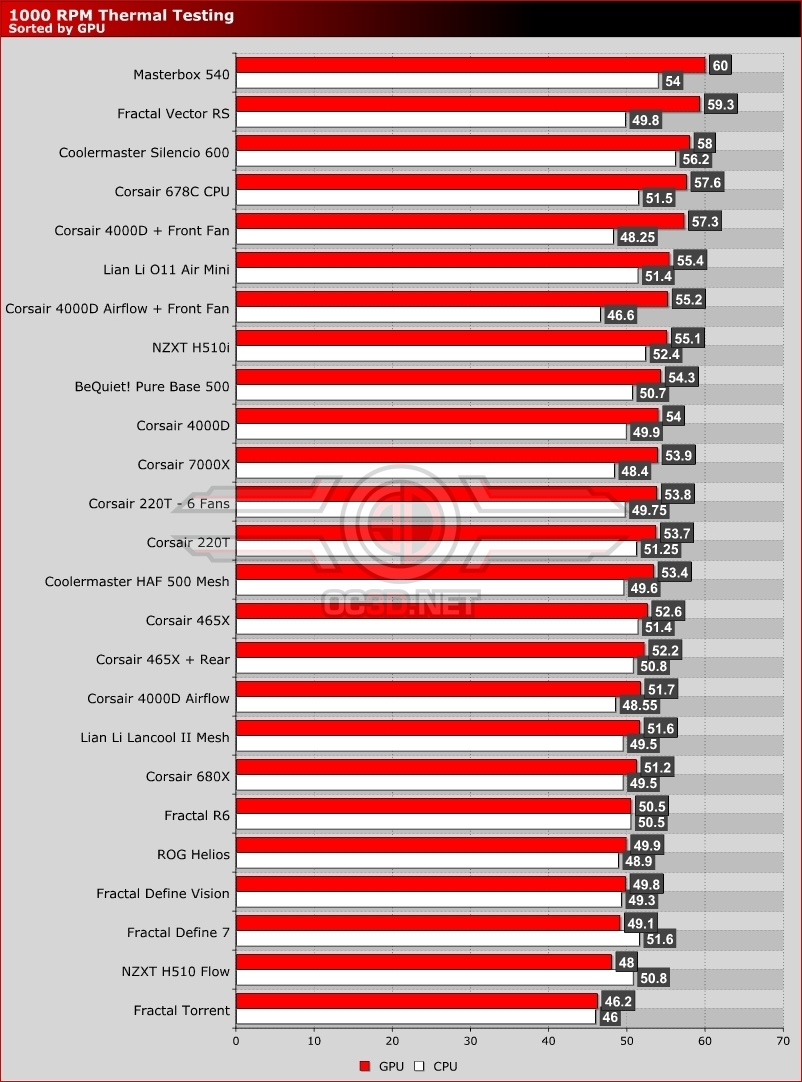 At our lowest fan speed test, the Cooler Master HAF 500 shines. CPU thermals are at near the bottom of our charts and on the bottom half of our GPU cooling charts. Sadly, Cooler Master's GPU cooling fan does not appear to impact thermals much, though it is worth noting that our test GPU uses a blower-style fan. Cooler Master's directed-airflow GPU cooling design likely works best with graphics cards that use axial fans. 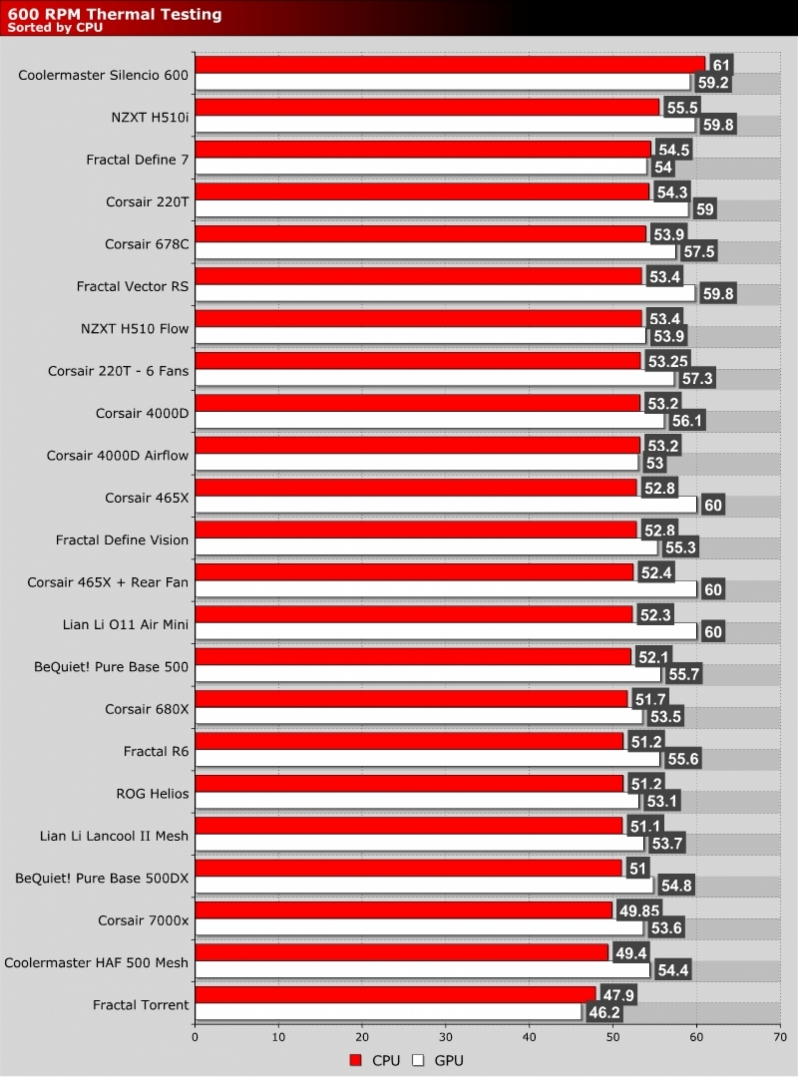 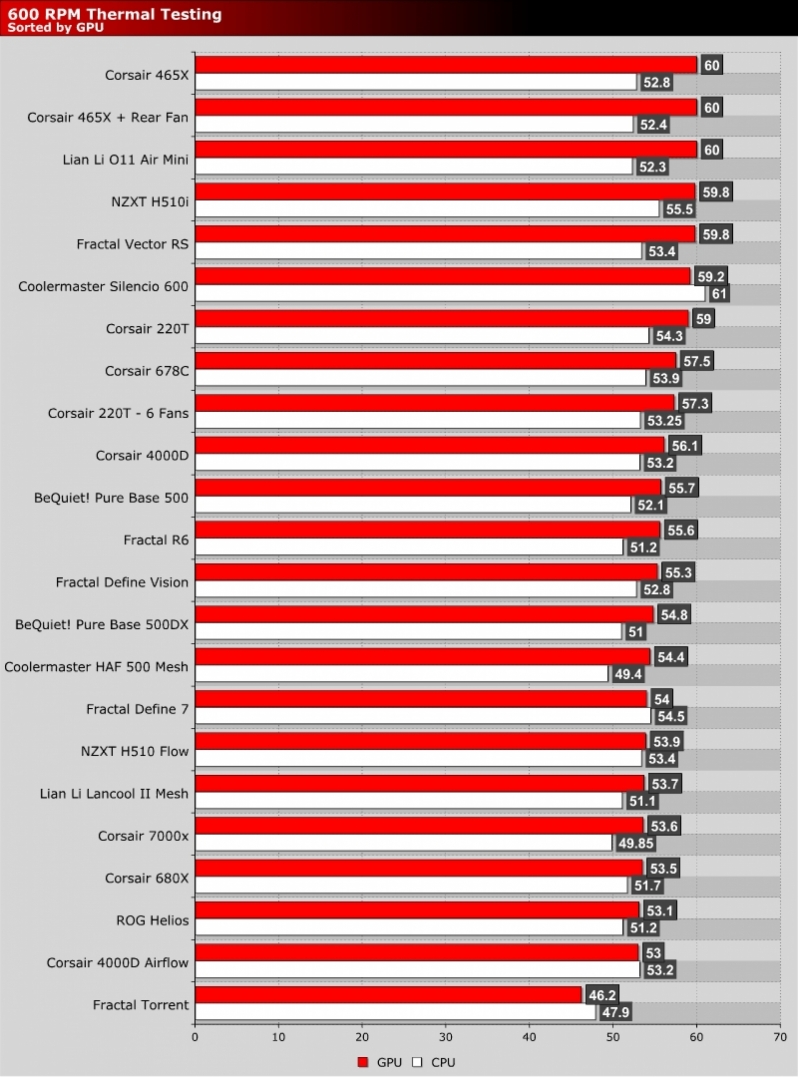