The PC case market has to cater to a huge mix of wants and needs. Yes, PC cases need to be designed to help keep the components inside cool, but they are also designed with aesthetics in mind, and to offer their users enough options to allow them to create whatever system they desire.

With their new MasterBox 520 series of cases, Cooler Master hopes to appeal to a wide userbase, offering RGB lighting out of the box through three front-mounted 120mm fans, and models that ship with either a tempered glass front panel for aesthetic enjoyment or a front mounted mesh front panel for increased system airflow.

Both case models can ship in black or white and both models support up to two 360mm liquid cooling radiators that can be placed on the top and front of the enclosure. The case also supports graphics cards that are up to 410mm long, though large front mounted radiators will lower this somewhat.

Like other MasterBox series cases, Cooler Master's MasterBox 520 series is designed to be a versatile base that can cater to a large number of potential users. In this review, we will be putting both versions of this chassis to the test to see which model is best, and whether or not either is worthy of your consideration. 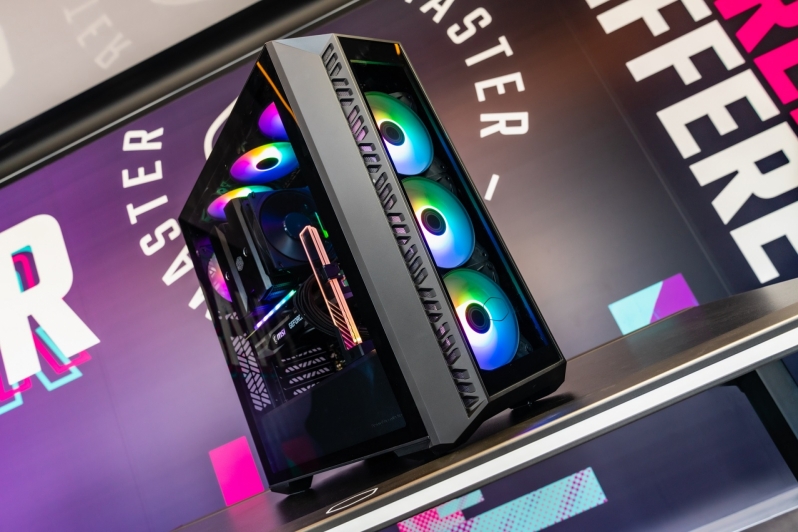 The MasterBox 520 and 520 Mesh are both stylish cases that feature tempered glass side panels, out of the box RGB lighting, and support large graphics cards and liquid cooling radiators despite their more compact overall form factor. The white model of these cases feature grey highlights, with the case's front mesh being grey in colour while the case's tempered glass side panel has a slight tint and a grey border. In contrast, the case's black version is all-black and has no grey highlights.

As we can see with the tempered glass fronted version of the MasterBox 520, the case's primary source of airflow is fron vents at either side of the case's tempered glass front panel. This design gives users a great view of the system's RGB illuminated fans, but gives these fans less room to breathe than the case's Mesh counterpart. See page 3 of this review to see how both MasterBox 520 models perform during our thermal tests. 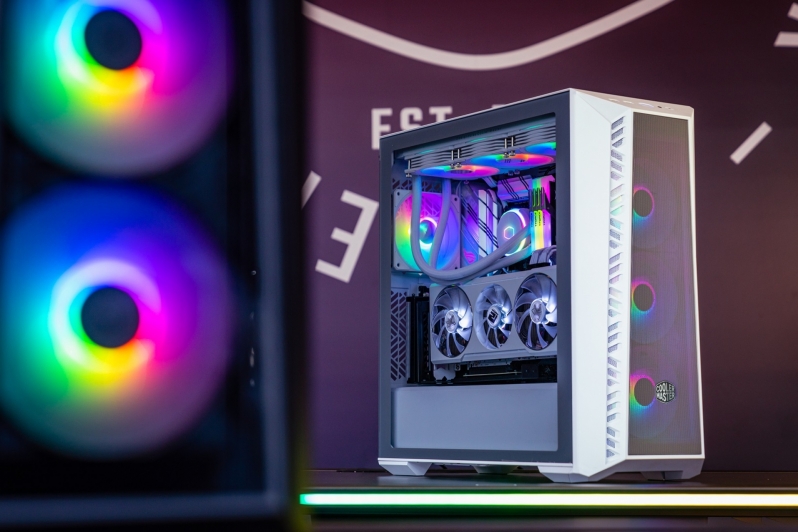 Both the Masterbox 520 and its Mesh counterpart feature the same overall list of specifications, with the only change between the two models being the standard version's £5 higher price tag and its inclusion of an additional 120mm fan at its rear. 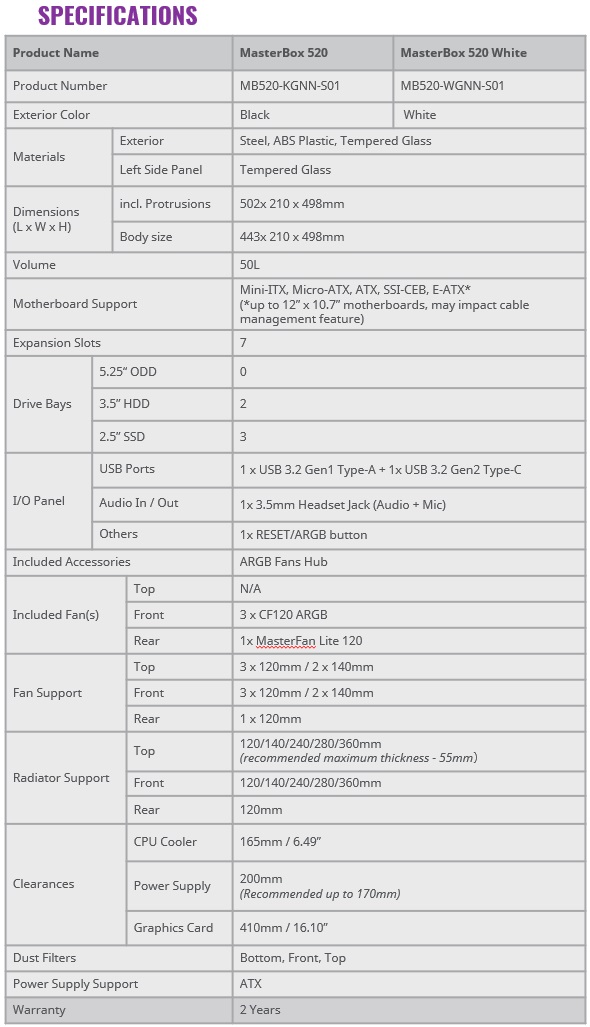 The MasterBox 520 Mesh has two primary changes when compared to the case's non-Mesh model. The first change is obviously the case's inclusion of a mesh front panel to replace the standard's 520's tempered glass. The second change is the case's lack of a rear-mounted 120mm fan. We added this fan during our testing to give a more 1:1 comparison of these two cases, and because we believe that Cooler Master should ship both case models with the same selection of fans.

To be honest, we initially though that Cooler Master made a mistake and sent us a 520 Mesh that lacked a rear fan. It was only be reading their documentation that we found out that they removed this fan from their 520 Mesh model. 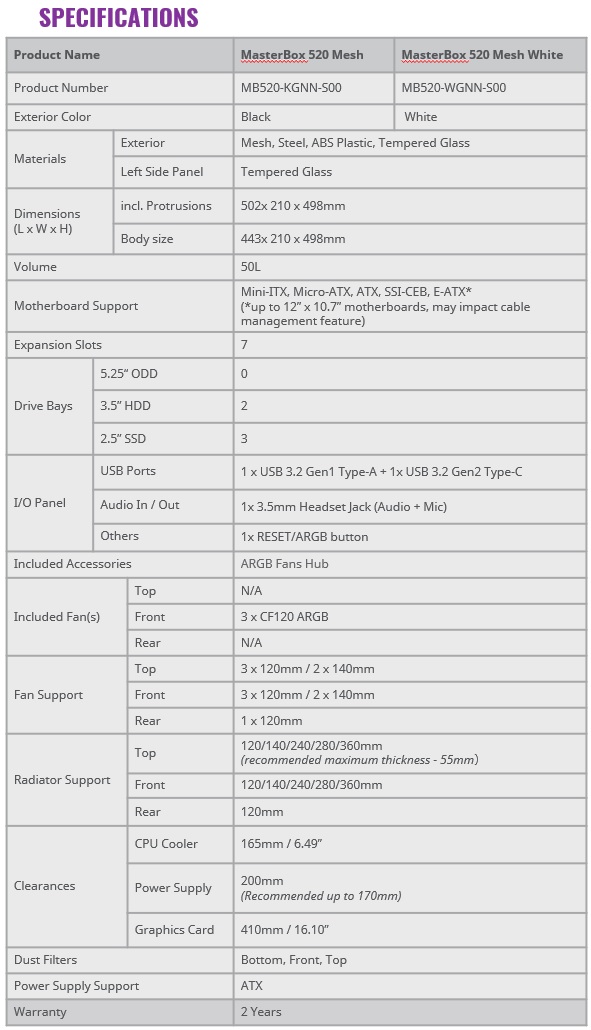