When looking at the charts below, it is clear that the MasterBox 520 Mesh is one of the worst cases that we have tested when it comes to CPU thermals, and that is after we added an additional 120mm fan to the rear of the Mesh variant.

The good news is that the Mesh variant can deliver a three-degree drop in CPU and GPU thermals, but this is with an additional fan (three stock RGB fans in the front with one added in the rear). The MasterBox 520 is not a great airflow case, and with CPU temperatures reaching a 60 degree delta (80 degrees in real world temperatures), we consider this case to have failed out thermal tests with its fans set to 1000 RPM. Thankfully, the Mesh version grabs enough additional airflow to achieve a passing grade.

GPU-wise, the MasterBox 520 and its Mesh variant perform somewhat better, with the Mesh version sitting at a mid-point in our graphs. The disparity in CPU and GPU thermals is not that surprising seeing as this case's mesh section is slimmest at the top of the chassis, where airflow is directed at our CPU heatsink. Like many modern case, the MasterBox 520 is likely intended to be used with a top-mounted AIO liquid cooler. Even so, this case's thermal performance is poor. We expect better for over £115 or more. 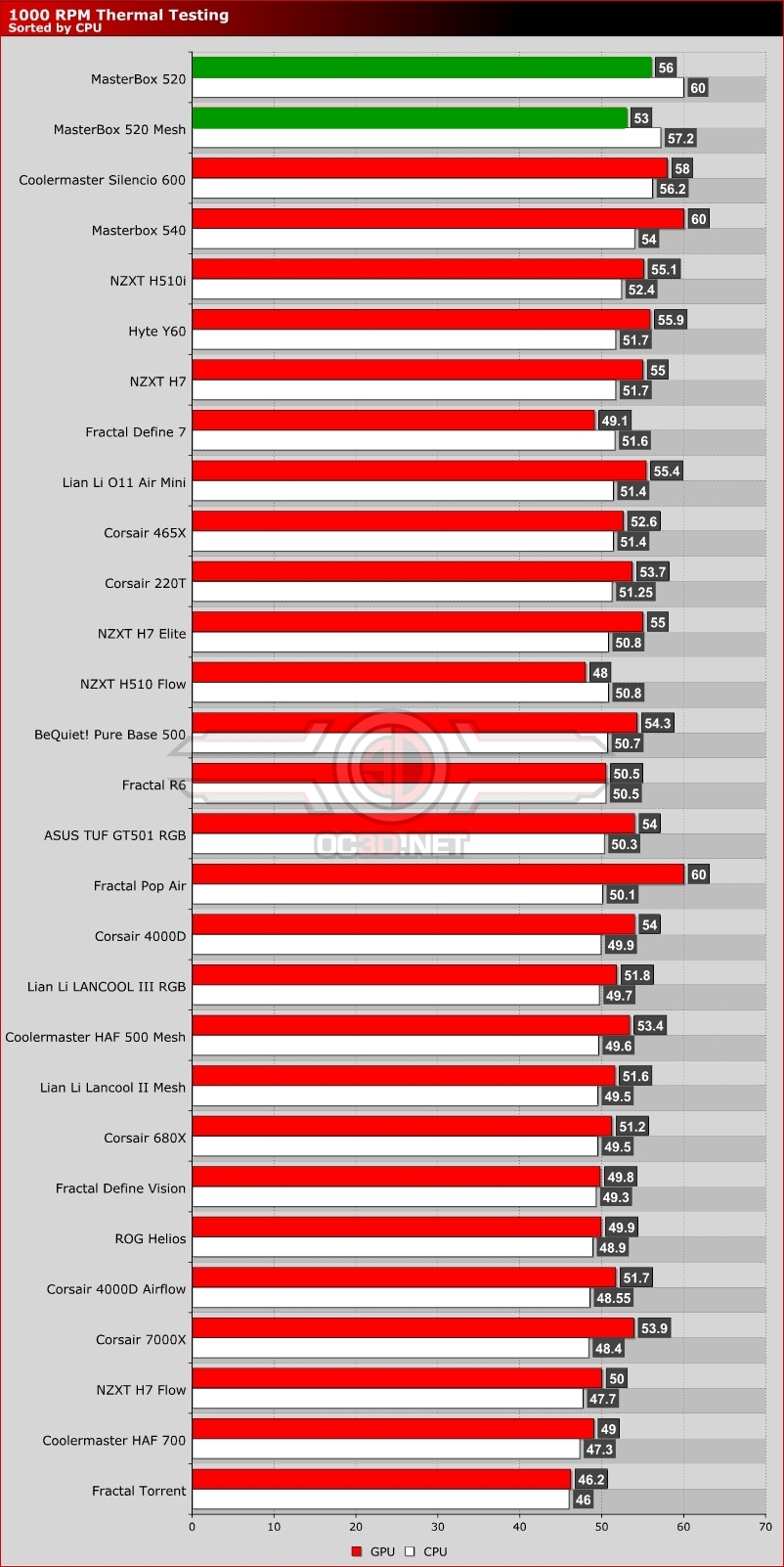 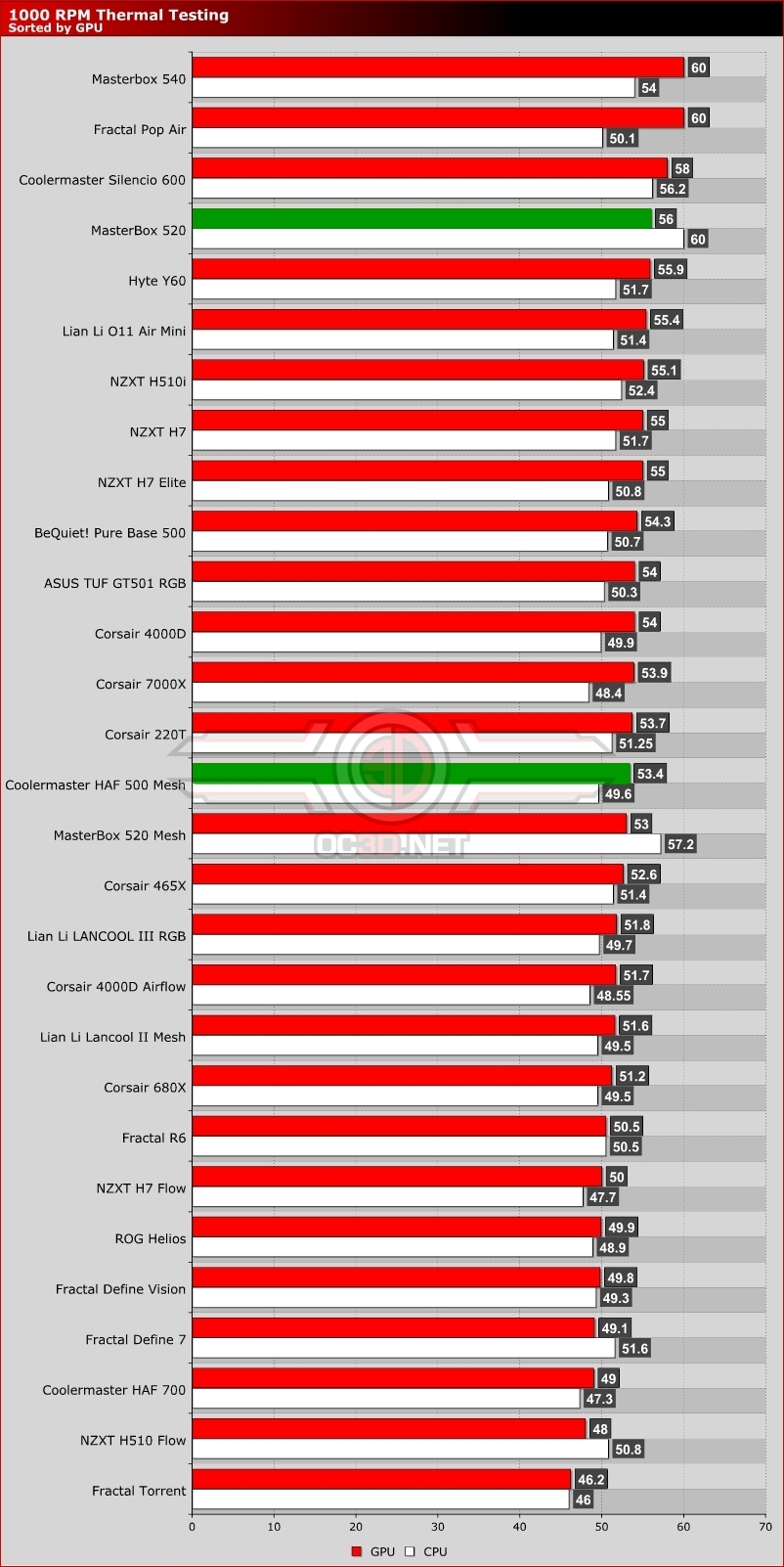 Maxing out the MasterBox 520 and Masterbox 520 Mesh's fans at 1250 RPM, we see a notable drop in GPU and GPU thermals for both models. Even so, the non-Mesh MasterBox 520 remains the worst case on our charts for CPU thermals, and isn't far from the bottom when it comes to GPU thermals.

With the MasterBox 520 Mesh, Cooler Master has fared a little better, getting a lot closer to what we would consider decent PC cases. That said, this was after we added an extra 120mm fan to the rear of the chassis, something that we believe this case should have features out of the box. 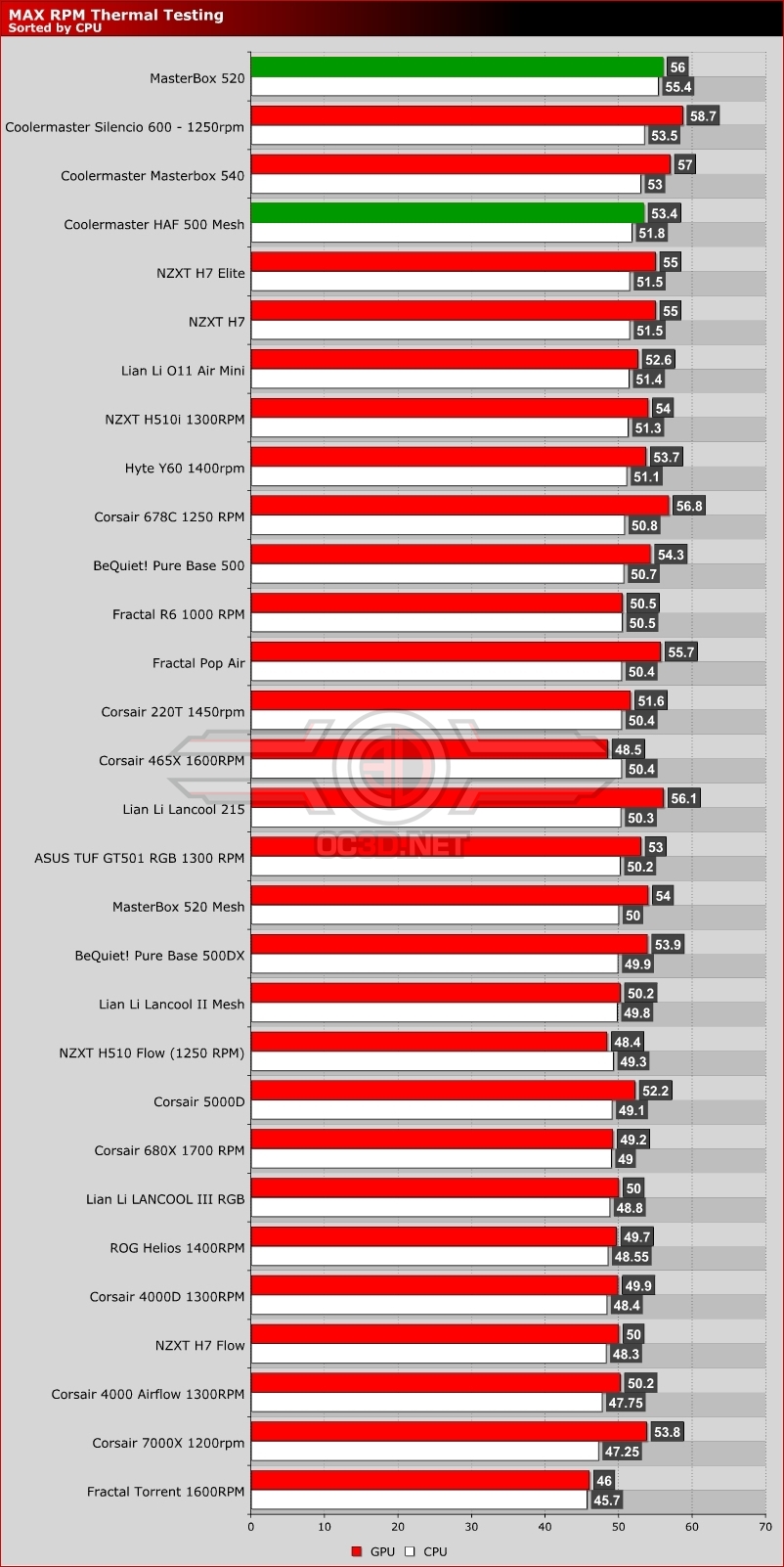 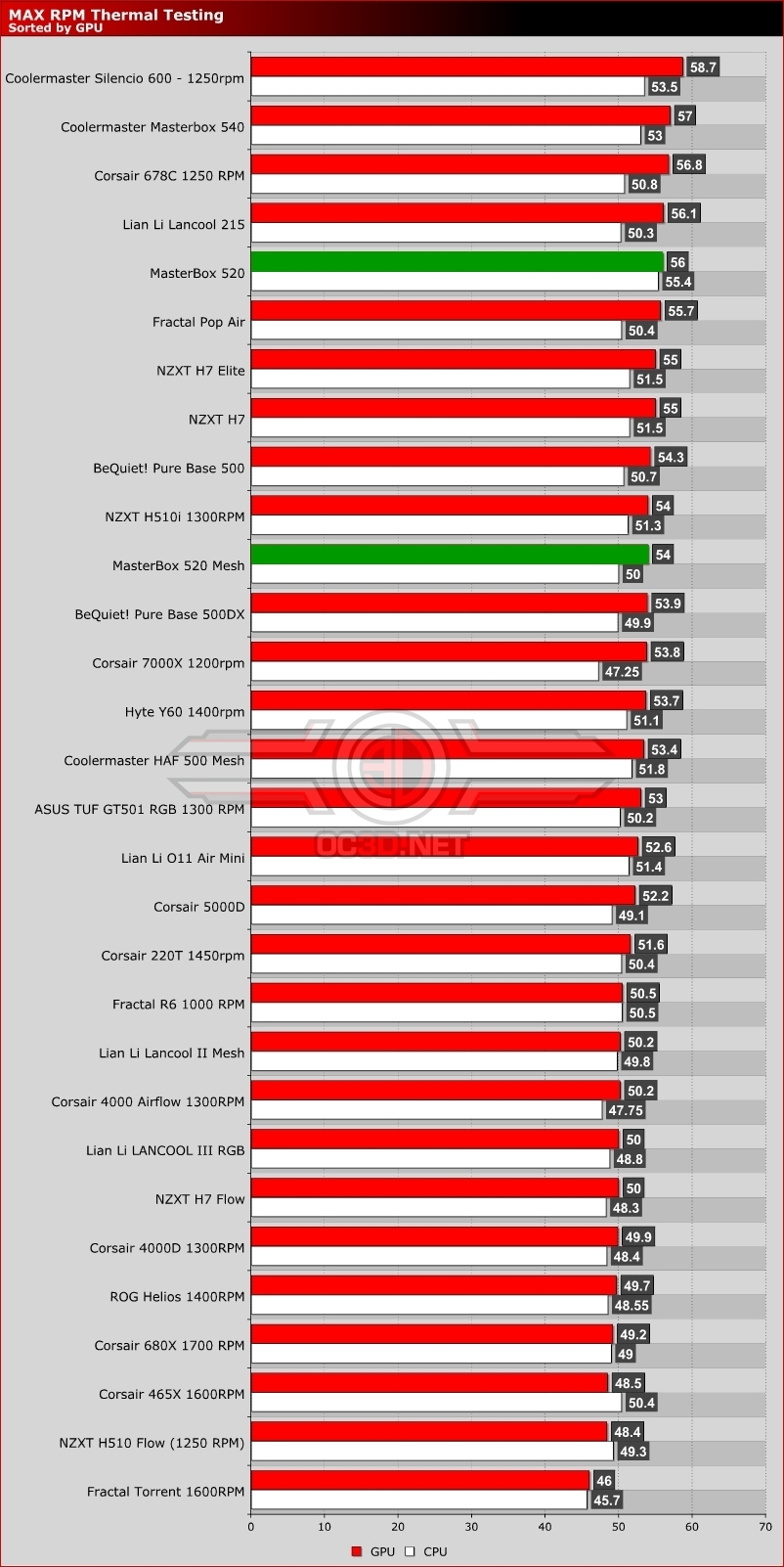