There is no getting around this, the MasterBox 540 runs hot. It is one of the hottest cases that we have tested with our current hardware setup. Even after adding two more fans, the case runs hot. This is not a good sign, especially for a case that costs £109.99.

Let's be clear here, this is one of the worst cases that we have EVER tested, at least from a thermal standpoint.

It was easy to see the problem with the MasterBox 540. It was the case's front panel. Removing this panel quickly cooled this case down to normal levels, highlighting that one of the key aesthetic features of this enclosure is a performance killer. Adding two fans barely reduced GPU temperatures, and removing the front cooled our GPU by 9 degrees... 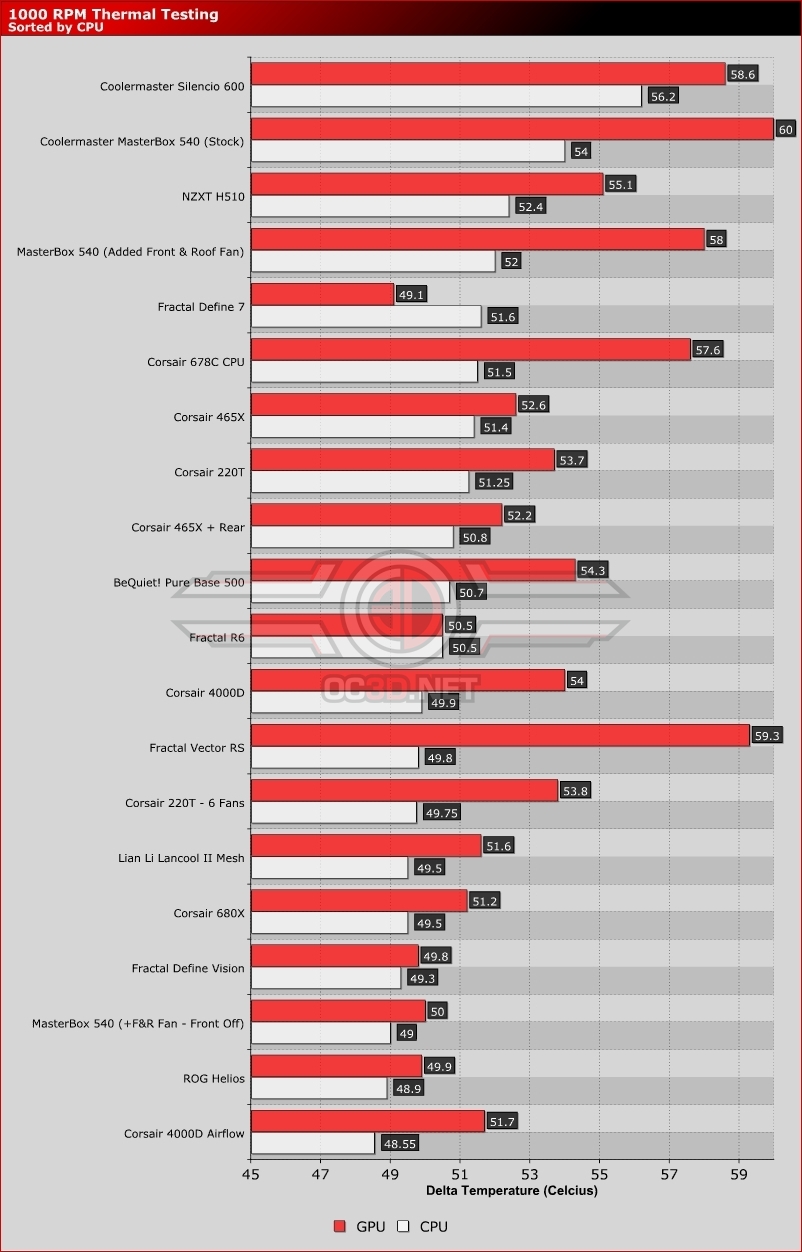 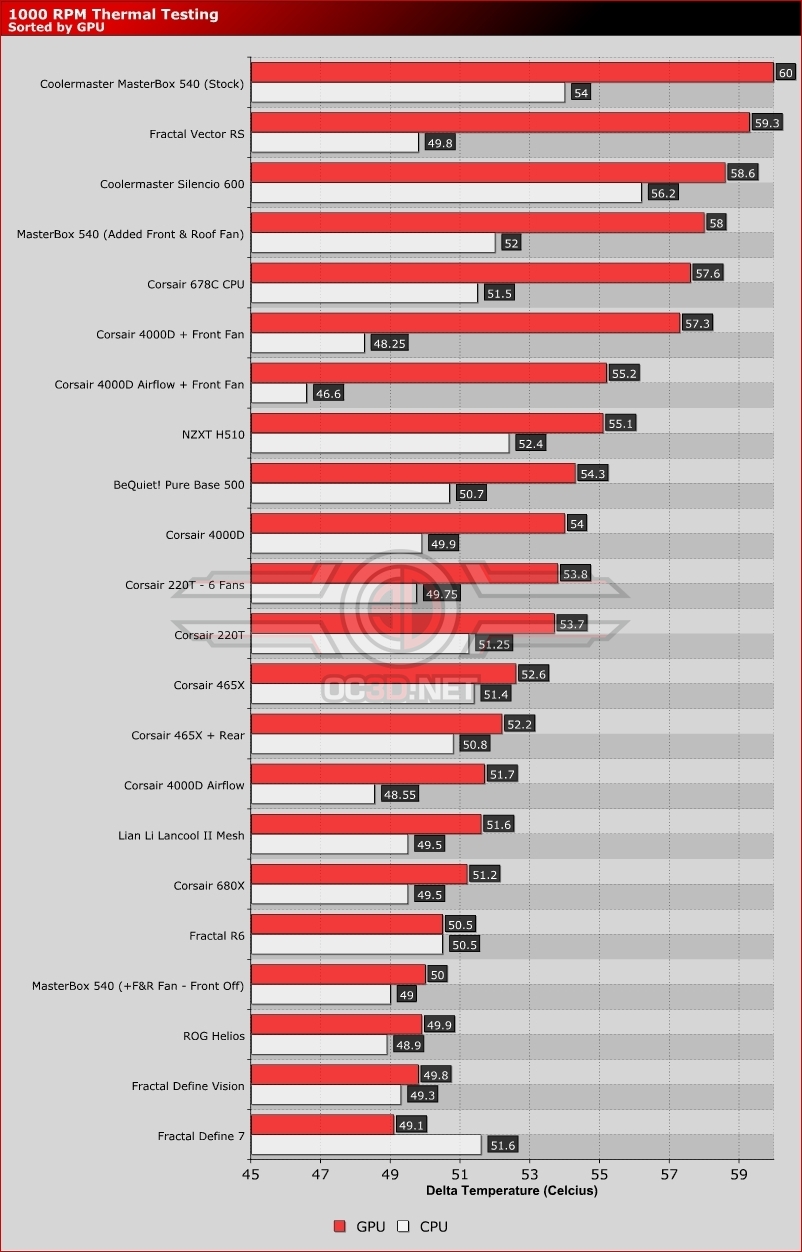 Even with the enclosure's fans running at their highest speeds, it does little to help with the Masterbox 540's airflow problem. When we added front fans, the case has an audible suction sound, highlighting how restricted the case's airflow is. Cooler Master can do better than this. For a case this expensive, this is hugely disappointing. 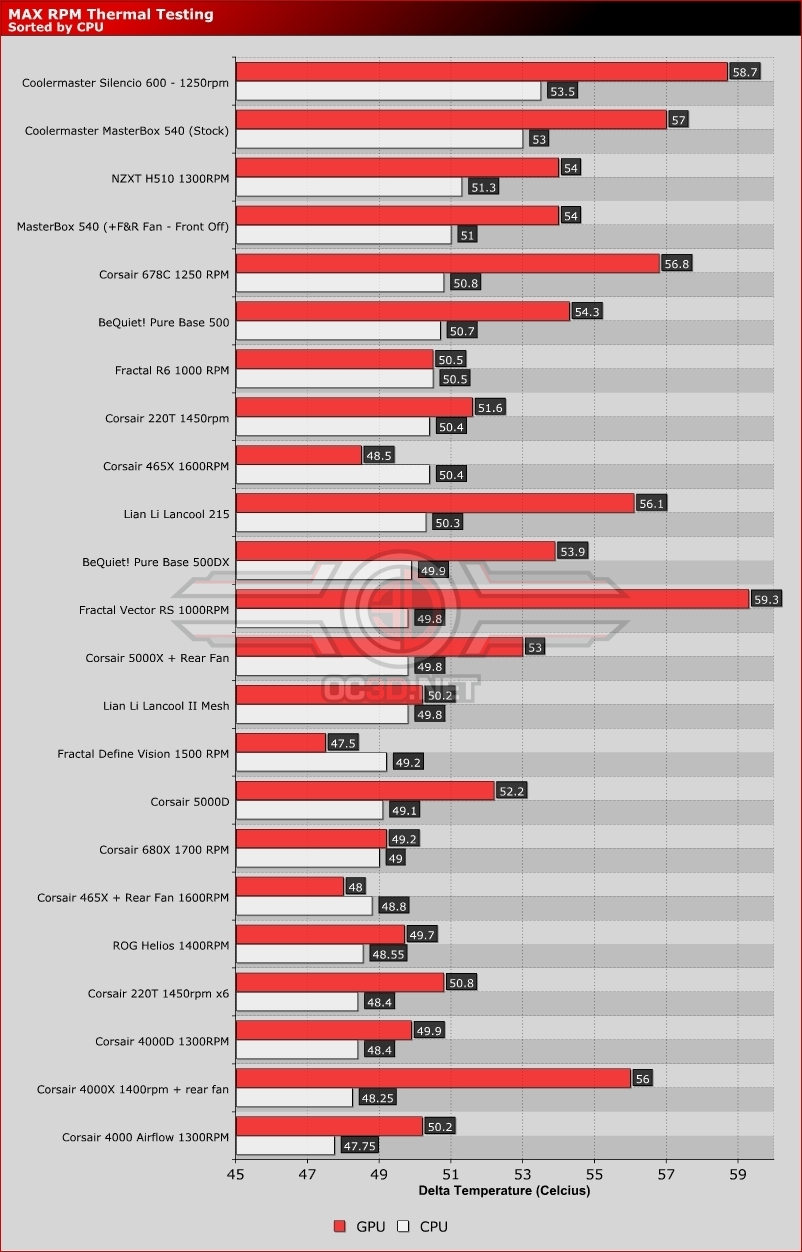 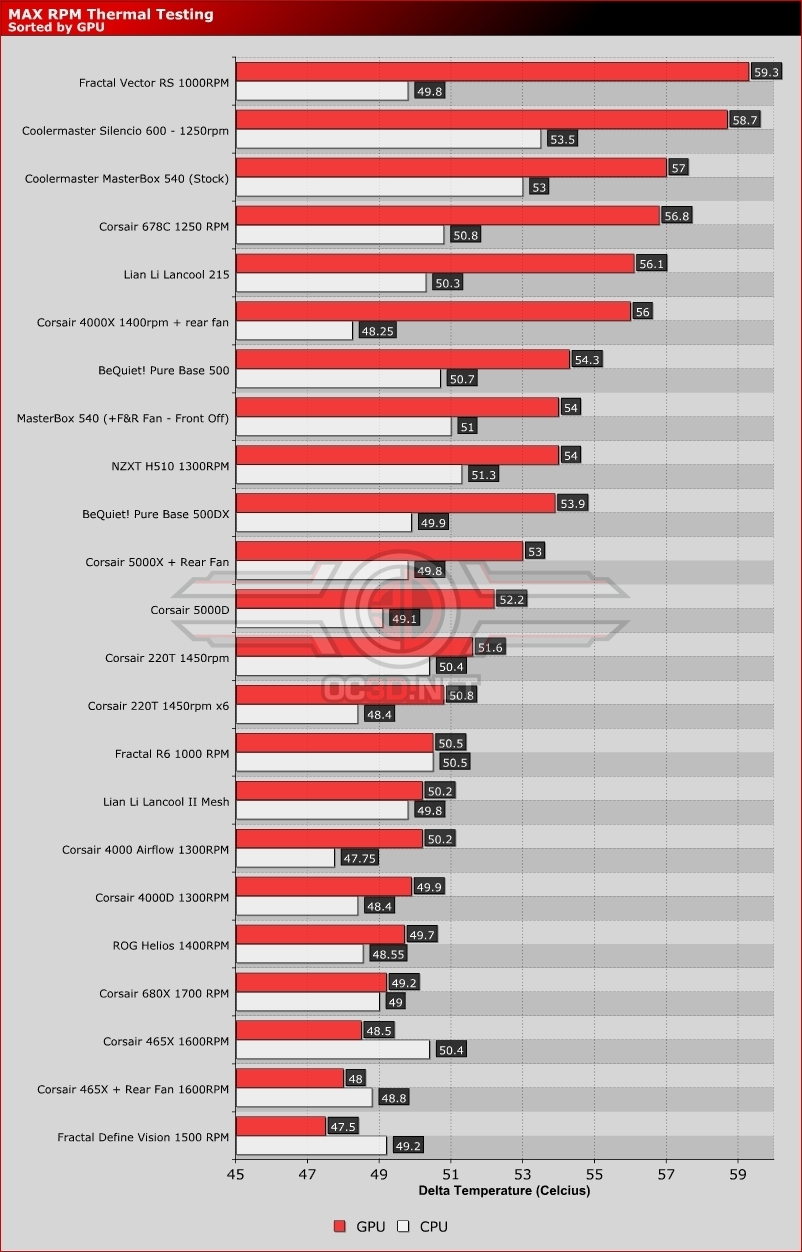 Dicehunter
Looks great, I like CM's stuff, I'd absolutely love to get hold of the CM SL600M but sadly cannot get hold of it.Quote

WYP
Quote:
It looks great, but the airflow on this model is bad. TBH, I am disappointed that CM releases this one. A redesigned front would have done wonders, and that's saying something when the RGB front on this is its main selling point.Quote

Wraith
It looks great from a modders perspective and there is loads we could do to to improve the airflow but why today are manufacturers still making this mistake.Quote

WYP
Quote:
When we were mistakenly told that the case was £60, we were thinking of modding options to address this case's shortcomings. At £109.99, you could just buy a better case.Quote

Dicehunter
I wish manufacturers would just stop choking off airflow at the front for the sake of aesthetics.Quote
Reply