Up Close Exterior: Overview and Roof 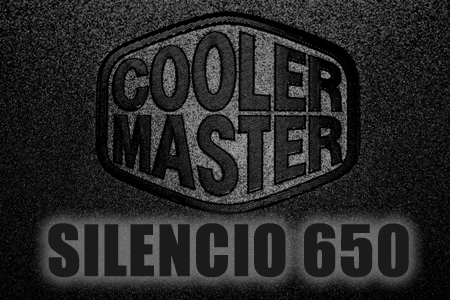 Up Close Exterior:  Overview and Roof

As with the majority of Cooler Master products the Silencio 650 comes packaged in a white box with what I'm starting to think of as "Cooler Master Purple" highlights.  The box gives a representation of the case inside as well as details of key features and specifications.  Once open we find the case securely packed in a polythene bag and held tightly between expanded polystyrene end caps.  This case had done a fair few miles to get here and arrived perfectly intact, indicating the packaging had done it's job. 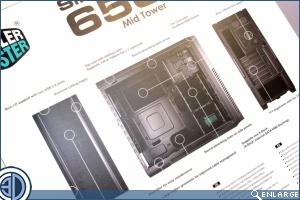 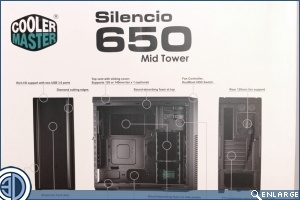 As alluded to in the introduction, and as we might expect from the name, the Silencio 650 is not one of Cooler Masters more extrovert offerings.  Far from it in fact.  The Silencio's styling is very much minimalistic class and refinement.  You won't be finding any case windows here, or even vented side panels for that matter.  The point of this case is, as a submariner might put it "Silent running".  To eliminate as much noise as possible and provide the owner with a working environment free from  the humm and whine usually associated with a working PC.  Of course if that's the aim, the fewer holes in the enclosure the better.  As a result, what we see of the case initially is a sleek black exterior with just the odd hint that there's more under the skin.  There are no external drive bays on show, with a thick Aluminium door closing magnetically providing both visual and accoustic cover for what lies behind. 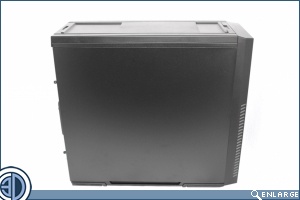 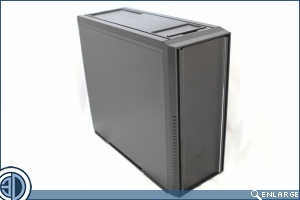 So we don't get a window and we don't get any side vents, but don't go assuming that just because we can't see features on the exterior of the case that there aren't any.  In fact, as you'll see from the detail below thare's actually quite a lot going on here.  First up then has to be the front I/O panel.  Hidden by a sliding panel at the front edge of the roof of the case, inside we find not just the usual array of Audio and USB (2xUSB2 and 2xUSB3 as well as support for AC97 and HD Audio).  We also find a  fan controller and a SD card reader.  That's not all though.  Cooler Master have also rather thoughtfully included a slider which permits the user to switch between two HDDs at boot up, essentially permitting a hardware switchable dual boot system to be installed and easily operated. 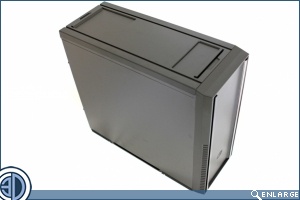 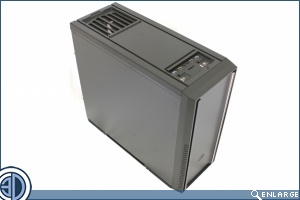 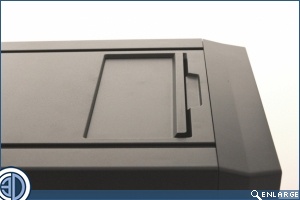 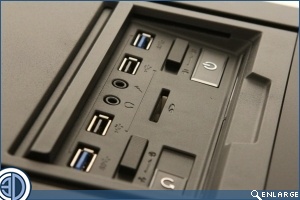 As you'll have noticed from the above images, the rear of the roof also sports it's own sliding panel.  This time covering an additional area of venting, should you wish to exhaust a little more air from the case.  Although this is a vent, there's no fan on the other side of it.  I'm inclined to think this is less of a money saving measure and more of a technique for minimising the total noise output of the case. 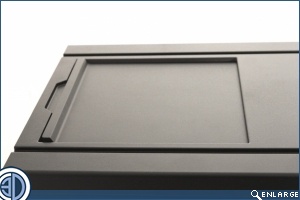 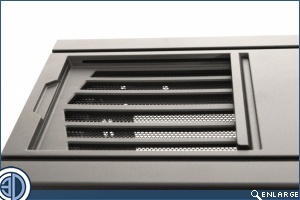