This might be a £59.99 case, but it still comes with a PSU cover to mask those ugly cables.  OK, so the cover doesn't extend full width, but if you're thinking about taking the drive cages out and sticking a monster 360 in the front in push/pull then you wouldn't want it to extend all the way.  Actually, we quite like it as it is, as we're always felt the false floor with a cut out for the radiator looks a little odd. 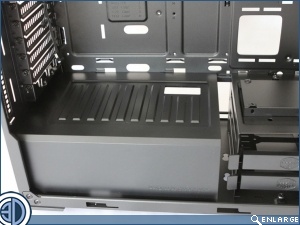 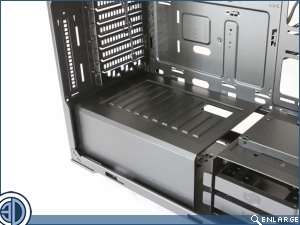 The plastic PSU cover is held in place by a single thumb bolt and once removed allows us to see the PSU area.  We were pleasantly delighted to see long rubber isolation mounts as opposed to the usual four rubber dimple stickers more commonly found on cases at this price point. 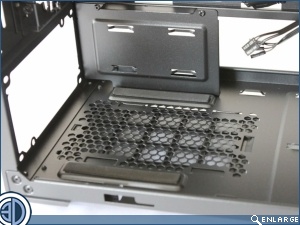 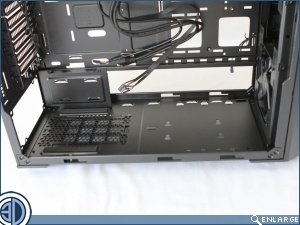 The MasterBox5 has six traditionally placed vented expansion slot covers, with a seventh located vertically down the case.  you know, for when you want to mount something and you want to make a full size window case look ugly.  Although there's no roof ventilation, you do get a single 120mm fan at the rear. 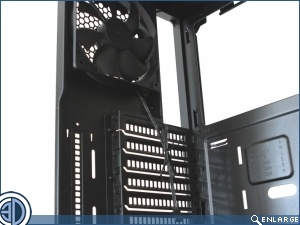 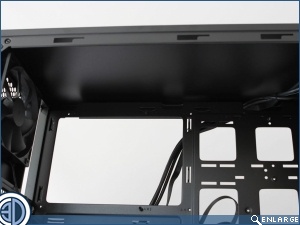 The reverse of the motherboard area is a very busy affair.  Here we again see the cut outs and mounts for 2.5" drives, but also notice that there is a third 2.5" mount below the PSU cut out.  Thankfully, for a case with a very low roof there's still room and a management hole to feed the 8pin CPU cable through. 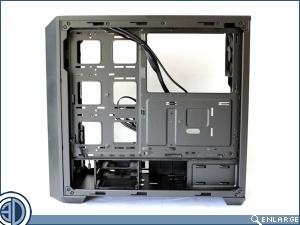 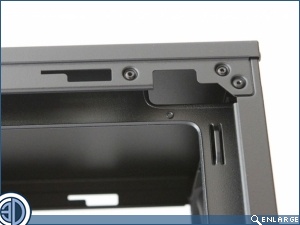 Along with more cable tie points than you can shake a stick at, the MasterBox5 also has a very agreeable 25mm of space over the majority of the rear of motherboard area, with this rising to 35mm in the lower fifth of the case. 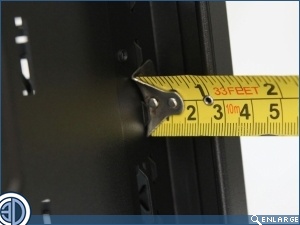 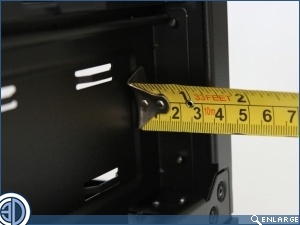 Martinaxfor47
Sorry to go off topic, but what is that robotic figure to the left of the Delorean behind you its been bugging me for months. As always great review I recently bought the s340 to house my new rig. Still happy i did.Quote

Martinaxfor47
Quote:
I see that's why I couldn't place it. Thank you.Quote

Doomslayer
I'm really starting to like CoolerMaster products more & more lately IMO CoolerMaster have really up their game in the last 12 months.

Where other companies have gone downhill cough Corsair cough.Quote