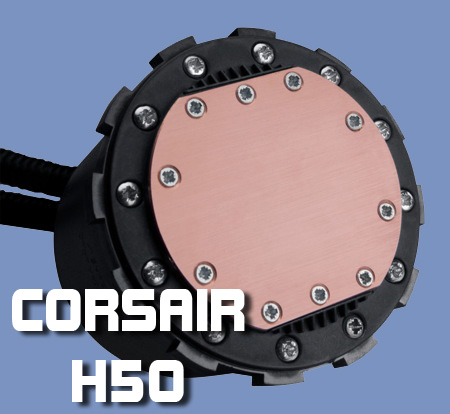 Corsair have got ever base covered regardless of which platform you use. On the left is the AMD baseplate and retainer. On the right we have the Intel one. Yes, one. 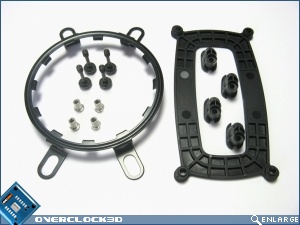 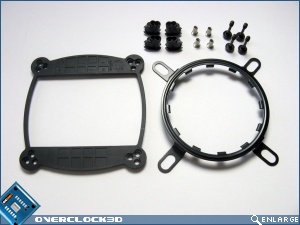 This is why there is only one. The bracket has holes in place for all three of the slight spacing differences in the Intel motherboards. Although it does make us wonder why Intel felt the need to move the screw holes a couple of millimetres.

Finally the base of the H50 has pre-applied thermal paste. Thankfully not of the stodgy variety we expect in pre-applied pastes. You can also see the efforts Corsair have gone to to make sure that there wont be any leakage. Last time I saw that many screw-heads in a confined space I was locked in Tom's shed. 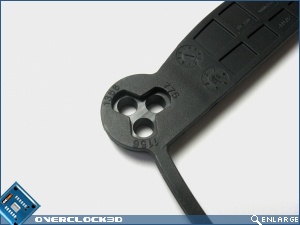 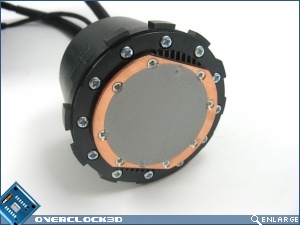 Installation is so simplistic we thought we actually show you. After all, to look at the base of the H50 it's not immediately apparent how you can attach this.

We'll demonstrate on the AM3 platform, although the method is identical on Intel motherboards too. Install four bolts into the backplate. These are profiled to fit snugly into slots which double as a bolt allowing the tightening to occur. 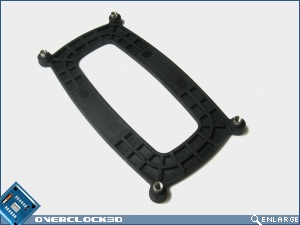 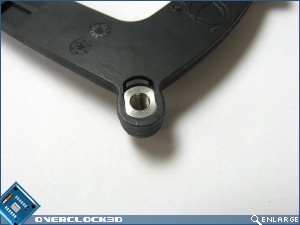 The retaining ring has multiple latches around the outside which will slot into the base of the main part of the Corsair H50. On the outside of the ring are four oval slots into which you put four of the eight plastic risers.

Here you can see we're rightly using the AMD ones which are easily identifiable thanks to the lack of two screw holes. 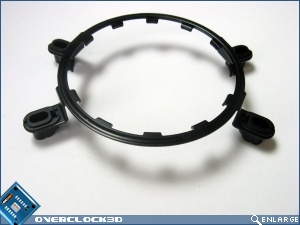 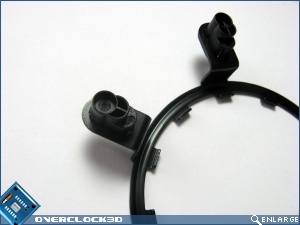 These secure into the retainer with a clip ensuring that it's not a one time fix and so you can transport the H50 to an alternative platform should you need to.

This gets loosely screwed into the motherboard via four long screws. This is a slightly awkward part of the procedure as the holes in the risers are exceptionally low tolerance and getting the screws through is a little bit of an effort. 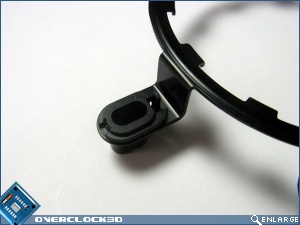 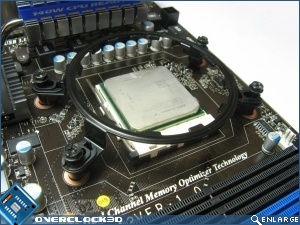 Finally the pump and heatsink section gets slid through the gaps and turned slightly so the notches line up. The whole shebang is then tightened and you're ready to go.

About the only thing to note is that the instructions wisely say to install the radiator first. For the benefits of clear photography we didn't do this for this guide, but we'd definitely recommend it. The pipes aren't very flexible at all so mounting the cooler on the motherboard first will make the radiator flap about way more than we'd like. So backplate, motherboard, radiator, cooler is definitely the order of install. 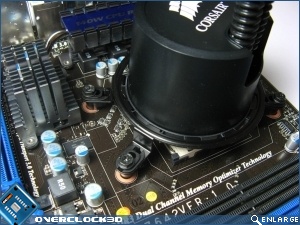 Speaking of the radiator. Corsair need the H50 installed with the airflow effectively backwards. What is the standard exhaust port becomes the intake drawing cool air across the rad. Now we'll have much more to say about this decision later on, but it's something to be aware of.