The radiator for the S24 measures 284x122x31mm, making it about average thickness for a 240mm AIO.  That radiator is made of Aluminium, and has both Aluminium fins, and Aluminium water channels.  Unlike some of the competition, no attempt has been made to beautify the Radiator, in fact, far from it, as the side of the rad has a rather ugly stenciled print out on it.  Now. we're all for function over form, but we can't help thinking, that it wouldn't have been to much of an ask for the manufacturer not to print that number on the side. 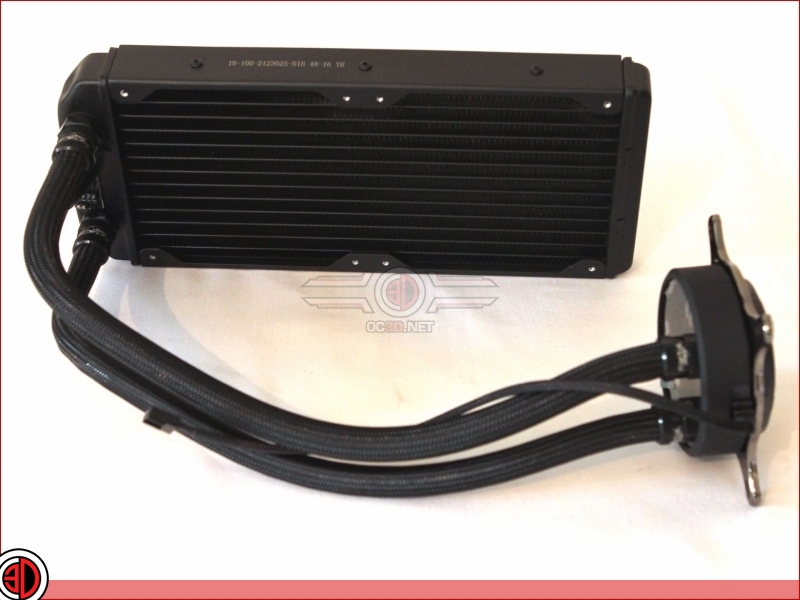 The S24 has 13 visible water channels, and 20, and a fin density of 20FPI, making it quite a dense radiator for its size.  Typically, this style of rad does well when coupled with high CFM fans, and not so well otherwise. 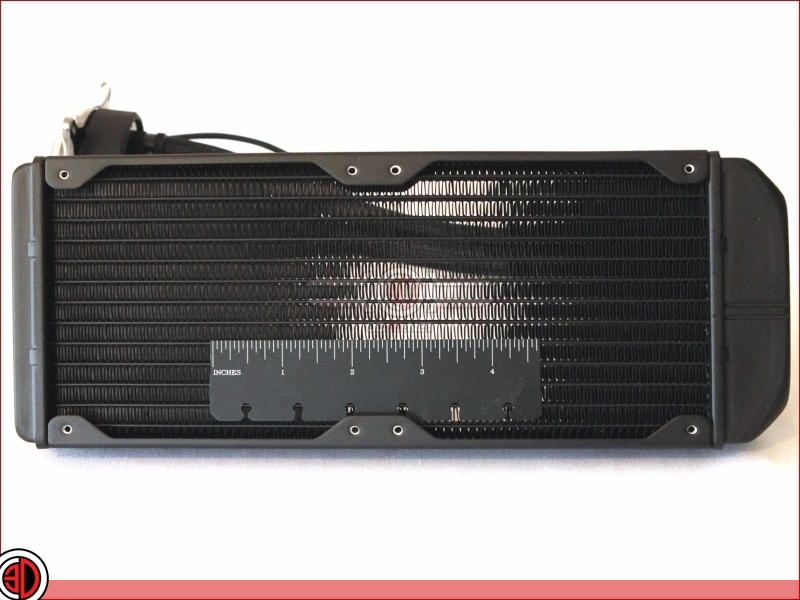 Both the S24 and the S36 are sold as stand alone AIOs.  That said, both of them offer expandability as they both utilise G1/4" threaded fittings.  Although the rad might be vanilla in appearance, it certainly isn't vanilla in function, as an appended PCB offers the ability to link the cold plate to the motherboard and in doing so, the fans in order to offer an integrated solution to speeds, temps, and noise.  Nad yes, the end tank does have a large dent in the side of it. 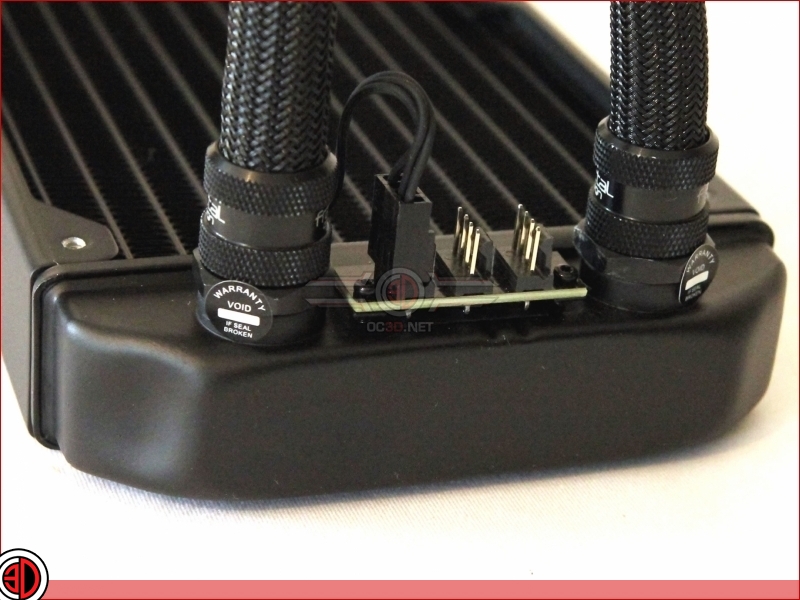 The 400mm long low loss rubber tubing is exquisitly braided and really does look the dogs dangly's.  Even nicer are the Fractal branded rotary G1/4" fittings that terminate both the cold plate and the radiator. 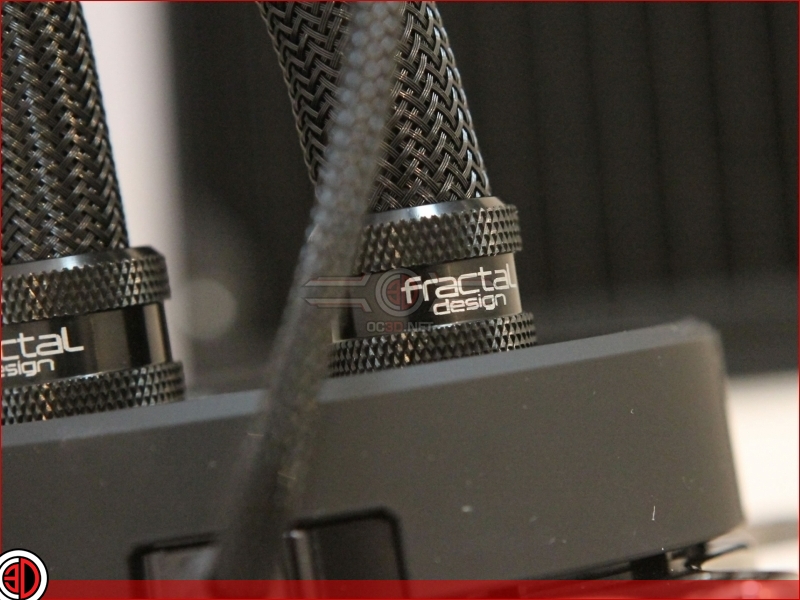 The copper cold plate is of a very familiar design, and comes pre fitted with the intel bracket.  Rest assured if you're an AMD fan boy then Fractal has all, and we mean all your needs covered. 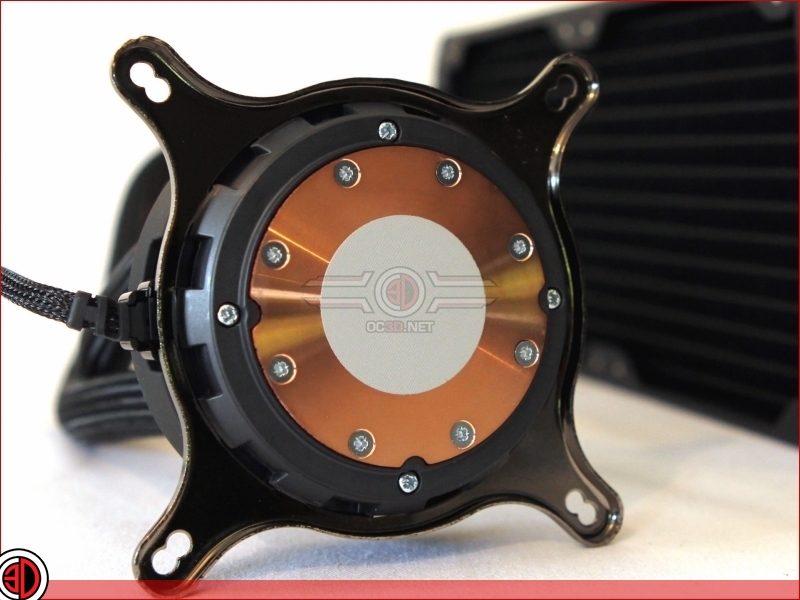 The top of the cold plate is finished in glass black acrylic, with an etched in portion of the Fractal Snowflake logo.  If we're honest, it's one of the sexiest pump tops we've ever seen. 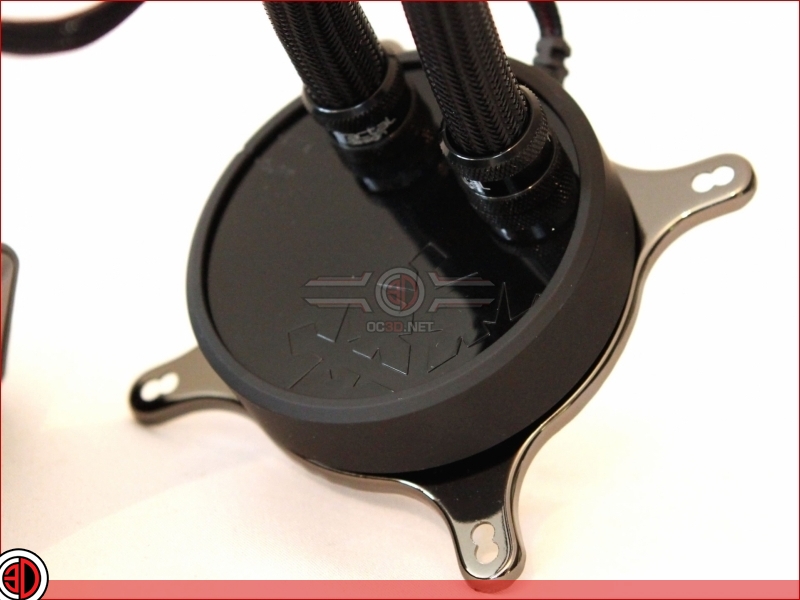 The pump top isn't just a pretty face, it also offers the ability to switch the mode of operation from Auto, to PWM.  As this is linked in with the fans, it means you can either let the system sort itself out, or control it to the Nth degree yourself. 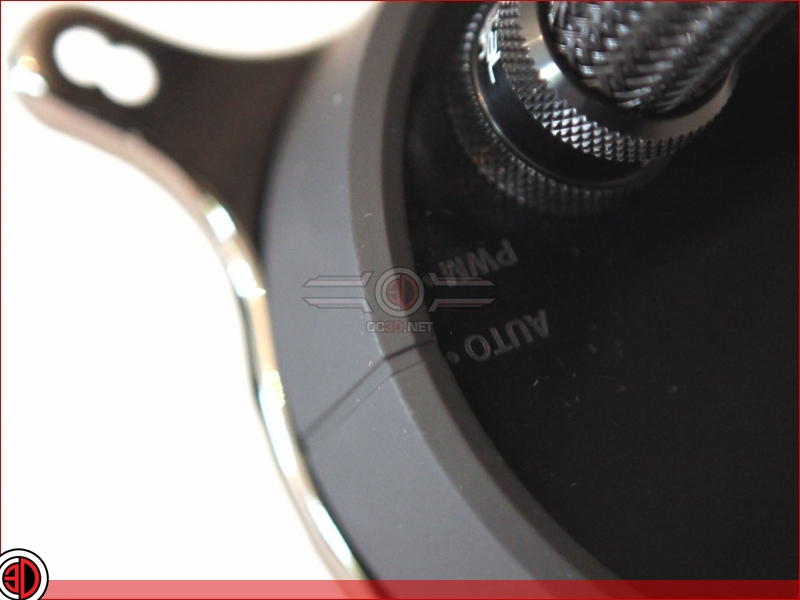 We can't help but like the visual effect offered by Fractals trademark white fans on a black cowling.  Let's hope the whole shooting match has it where it counts. 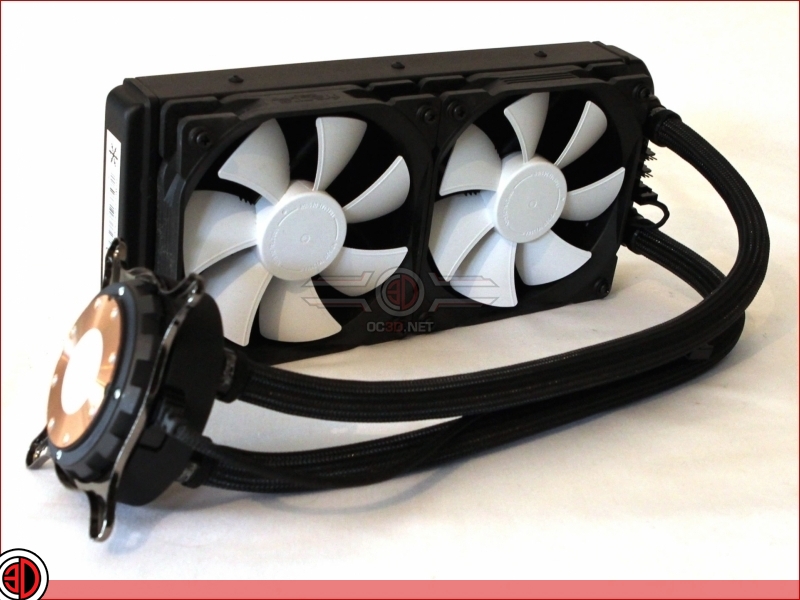 AlienALX
Very nice. Love the fact that it uses "real" fittings to add to the aesthetics.

Shame it says warranty void on the fittings though. Fans don't excite me much either. Other than that though yeah man, bang on !

WYP
Is it really £115 for the 360mm radiator? That is great value.Quote

AlienALX
Quote:
It is. Add res and GPU block and you've got a capable yet cheap loop

tinytomlogan
Quote:
Risky flow rate with all that though :/Quote

NeverBackDown
Might just buy the S36. I'm a FD fanboy and these are beautiful AIOs... Ooooh the temptation is real

edit: Not available yet in the US