The rear of the case has a 140mm fan mounted on slots, with there also being slotted mounts for a 120mm fan, oh, and a lot of our fingerprints... 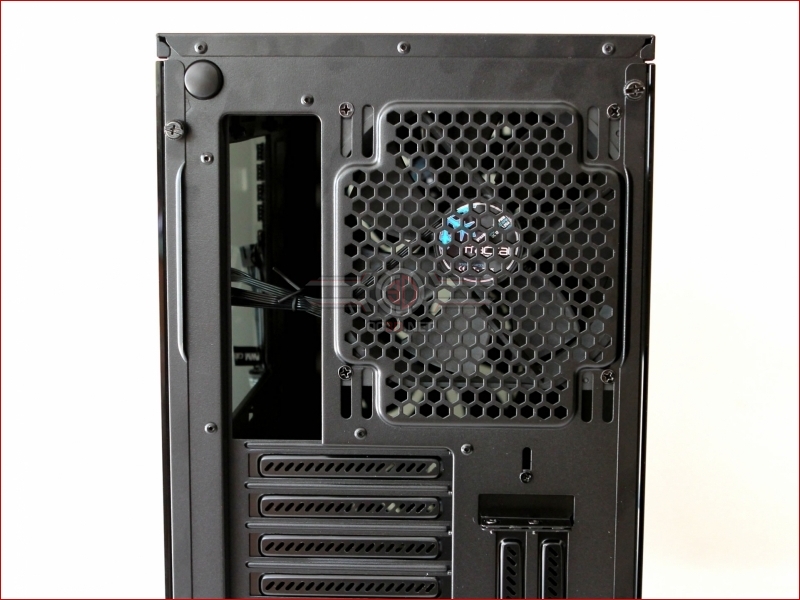 If you've you've noticed this knob or excrescence on the image above, you'll probably be wondering what it's for.  If you've got an S2 or have read our other reviews, then you'll already know that it's to release the roof panel.  If you didn't, then you do now. 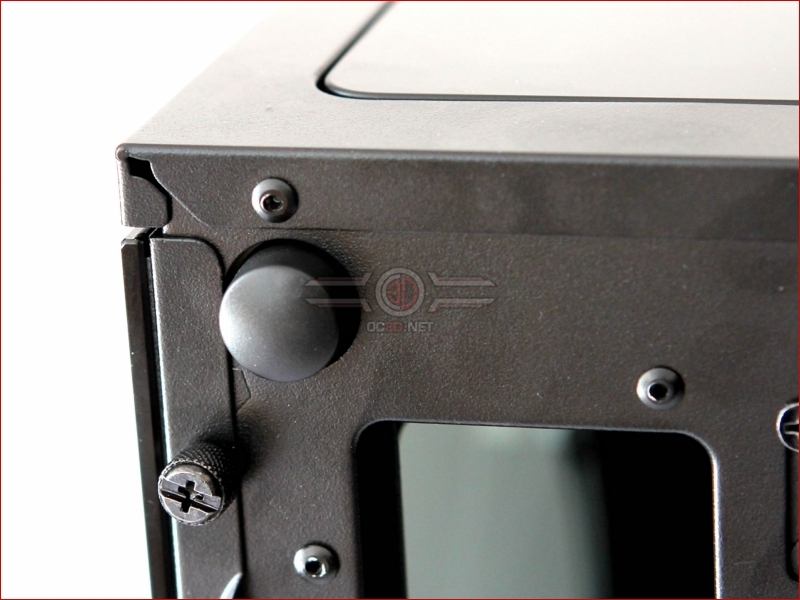 In total there are Seven horizontal, and two vertical vented expansion bay covers, beneath which we see the PSU mount.  The mount is of the type where you first remove the bracket and attach it to your PSU, before sliding the unit in from behind.  If you can find one big enough, the case will accept PSUs up to 300mm in length. 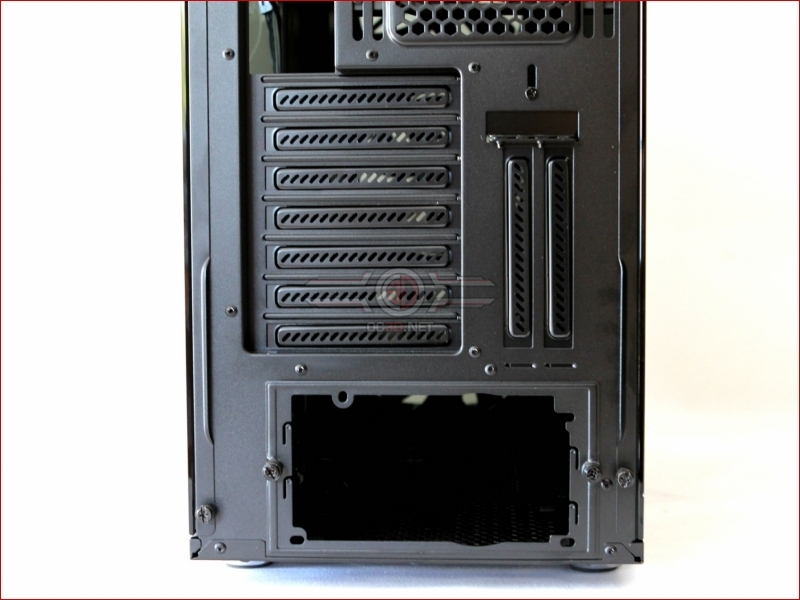 The base of the S2 Vision has a full length filter which covers the PSU and the rest of the base of the case.  It's quickly and easily removed by sliding out from the front. 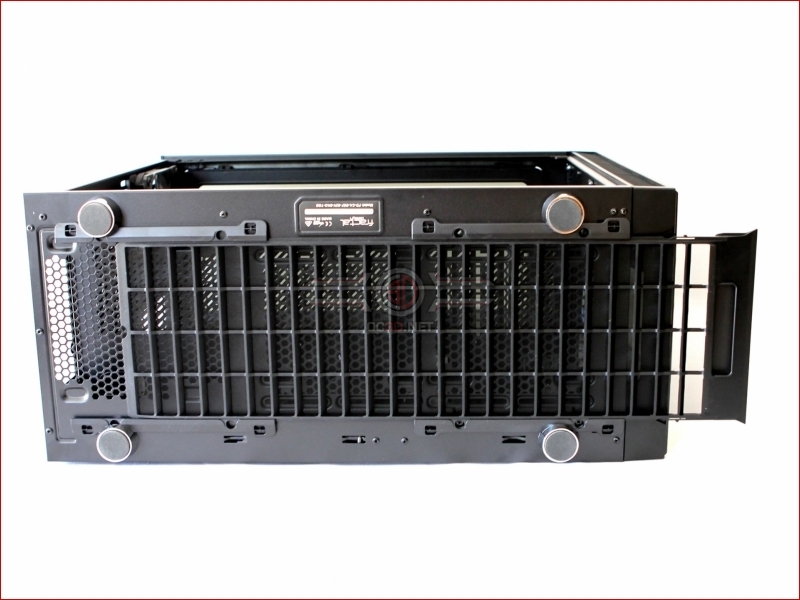 With the filter removed we can see that there's loads of ventilation on offer down here, and also mounts for up to a 240mm rad.  Whereas normally we're not fans of putting rads in the base of a case, with the false floor shroud it won't be seen, so it might be an idea to consider. 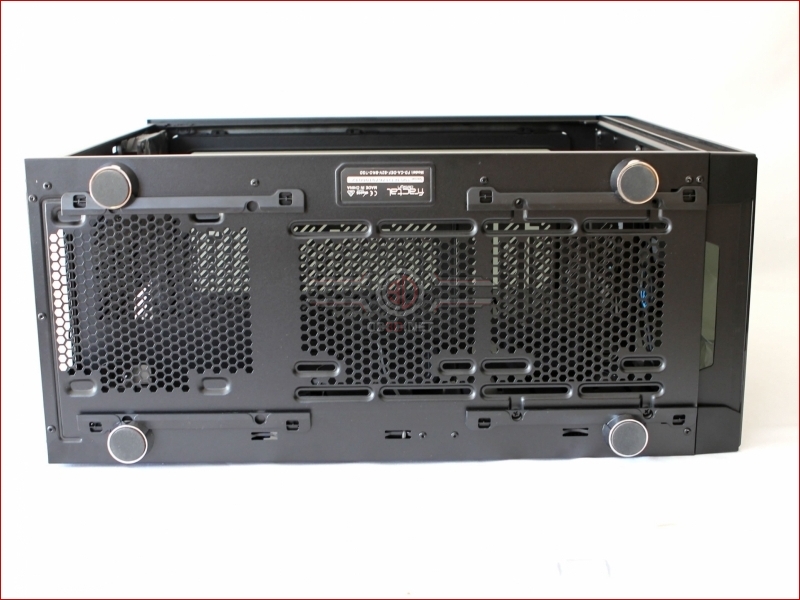