It might not look it, but the interior of the Vector RS is capacious in the extreme, being able to accept anything up to E-ATX (285mm), and pretty much everything smaller.  If you've read our review of the Define S2 you'll also notice that the RS shares a great deal of its interior layout with that case, which to be honest is no bad thing for two main reasons.

1. The layout of the Define S2 is pretty spot on

2. It helps keep costs down.

What is different is the large panel towards the front of the RS, which seems to block off the whole front rad/storage area.  A little bit odd in a modern case, but worry not, Fractal have a plan.  You see, you can set this case up in one of two ways, Storage layout, or open layout.  Too be honest, there's quite a lot of flexibility between the two, so you can mix and match to some extent. 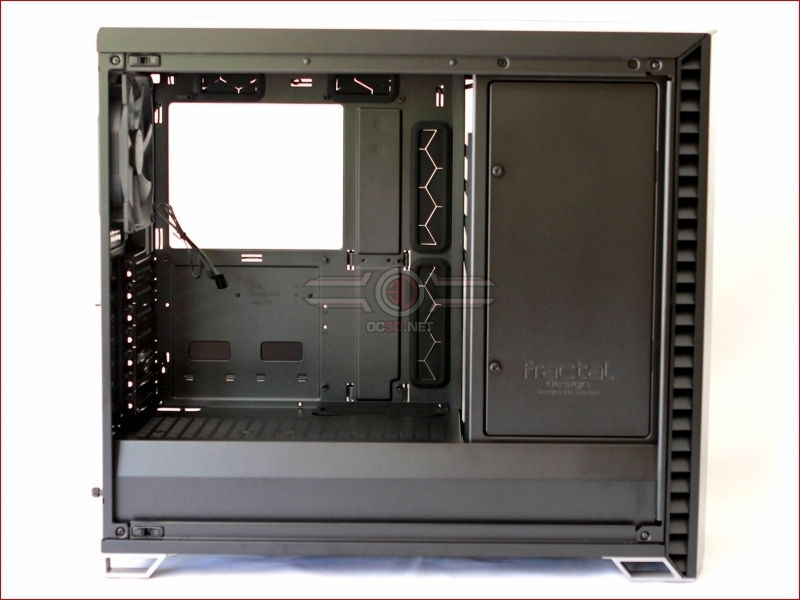 Angling the camera enables us to peek behind the vanity panel screen, and it's here that we get our first view of the extensive storage the RS offers.  Now, for those of you thinking "This isn't 2008, we don't need loads of storage", untwist your panties and get a grip.  There are some out there for whom this appeals, and if you don't like it...You what you can do??? Yup that's right, you can totally reconfigure the interior to provide a solution able to accommodate simply awesome radgae.  Happy now 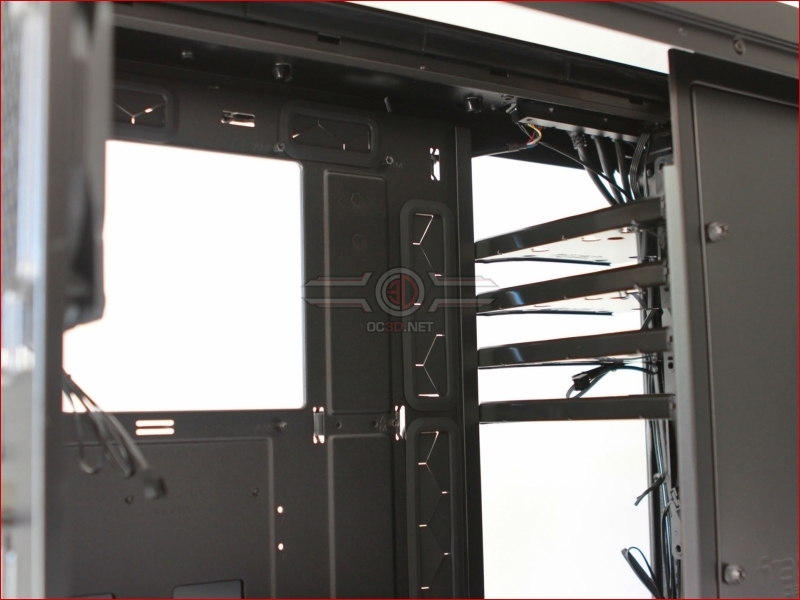 Having removed the vanity panel we find the back end of the HDD mount area.  As we'll see later, this can actually be removed and re positioned on the right hand side of the case enabling up to 3 HDDs to be mounted vertically while still permitting big rads in the front, which we have to say is the ideal set up for this case. 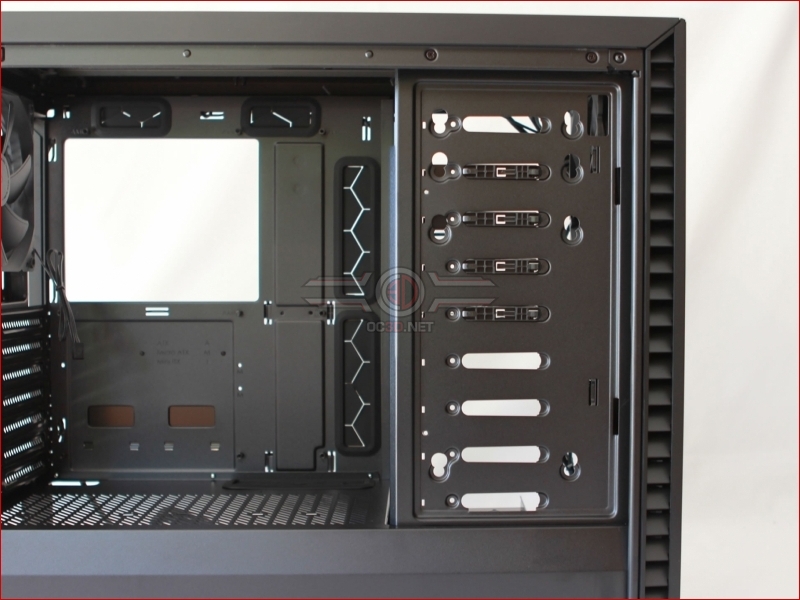 With the HDD mount panel removed we now begin to get an idea of just how much room there is in the front of the RS.  We''ll get on to details later but for now let's just say we don't think there's a 120/140mm rad-fan combination that's so thick it won't fit in here. 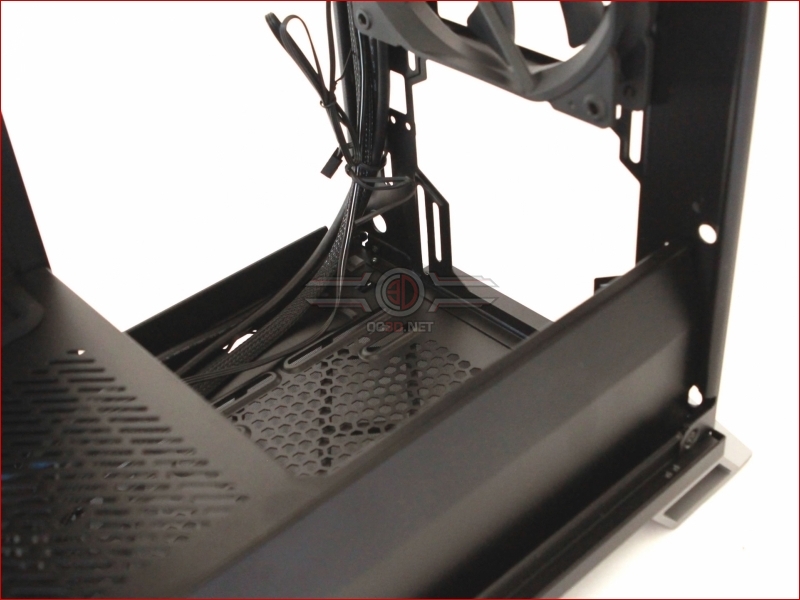 As with many cases, the CPU shroud is ventilated which means you can mount your PSU either way up.  There also a pair of show off SSD mounts there. but to use them you'll have to rob the caddies from the rear section. 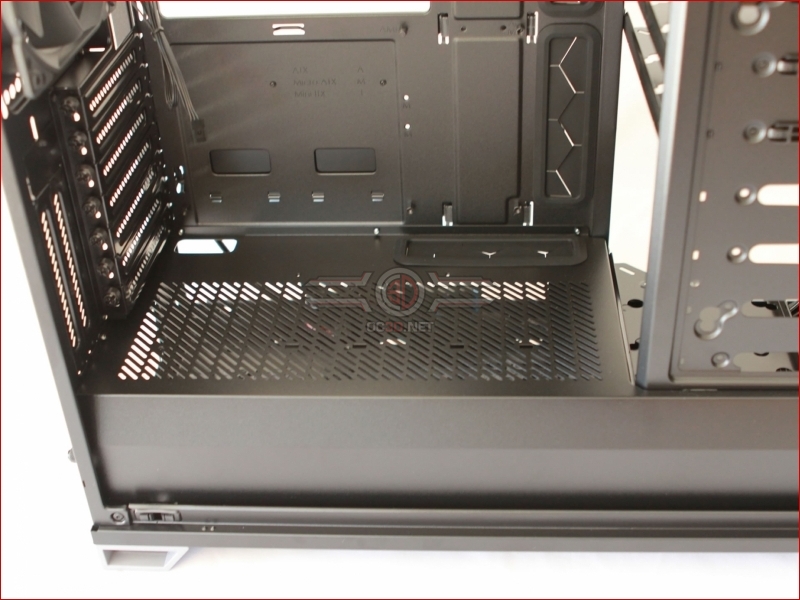 The rear of the RS is pretty much identical to the Define S2, with a 140mm fan mounted on slots that will also take a 120mm. 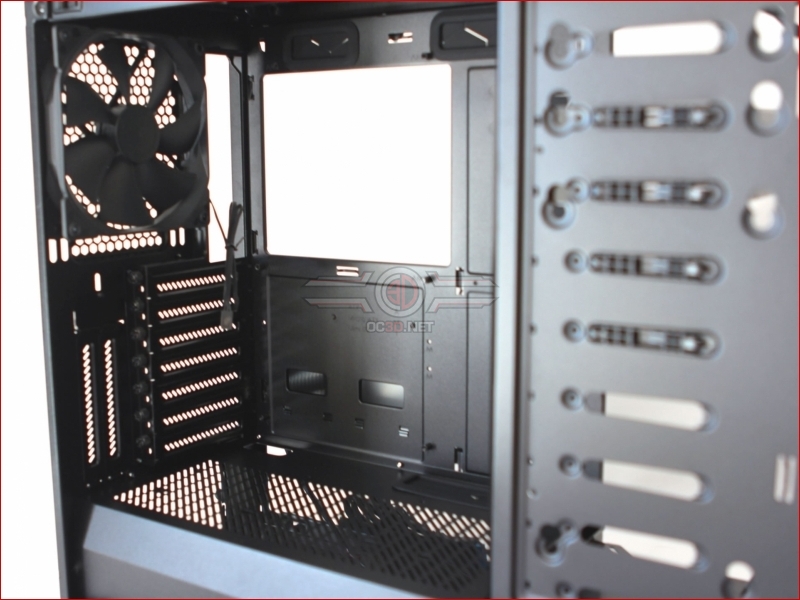 The majority of the roof is tempered glass, but what we're trying to focus in on here are the two good sized grommeted management holes. 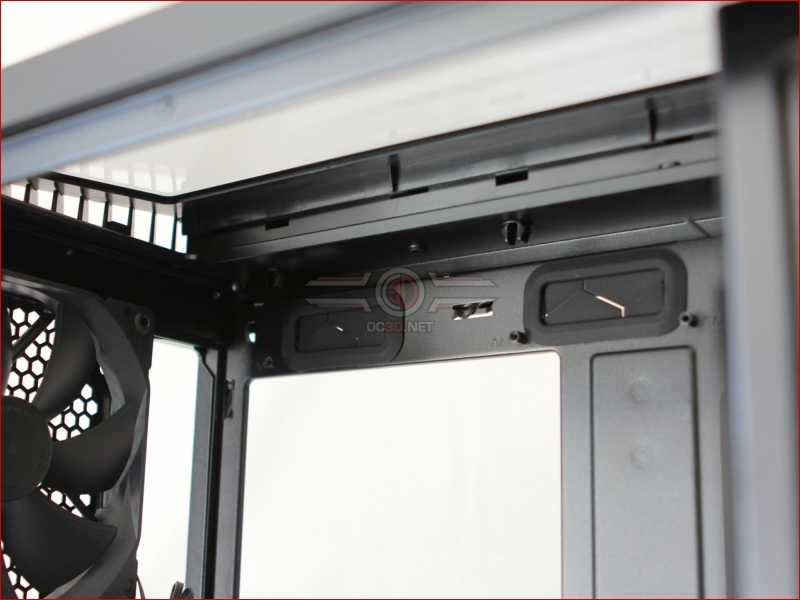