There's no denying that the ION+ 860P doesn't half look good in the RS, and, if you're like us, you'll appreciate the warm glow that comes from the feeling of certain items being from the same manufacturer, enabling a theme to be carried throughout the build then you'll know how blissed we are to be installing a Fractal PSU into a Fractal case.  Just to make things clear though, the PSU does not come with the case, we just happen to have one supplied for review. 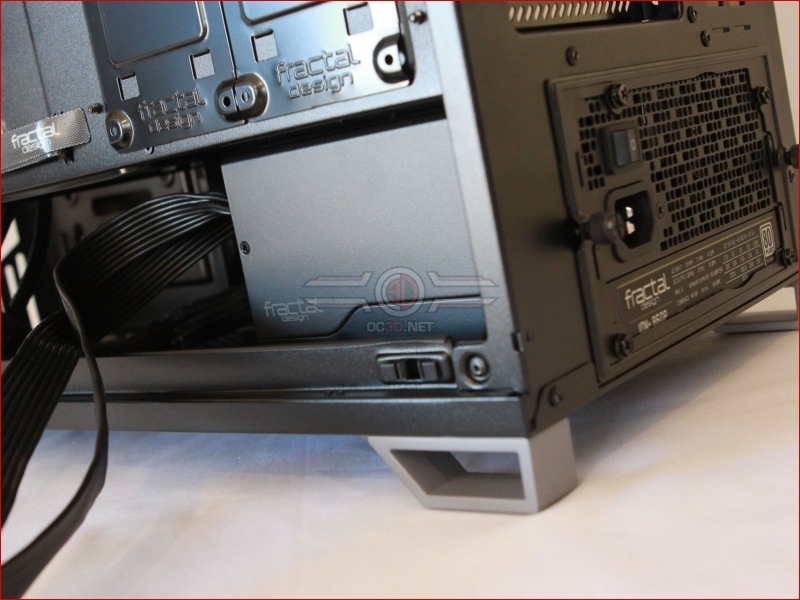 The ATX motherboard drops in easily, with plenty of room for cable management around it, especially up near the roof where things can sometimes be tight in other cases we've reviewed.  Do remember of course that the RS will also take E-ATX Motherboards up to 285mm. 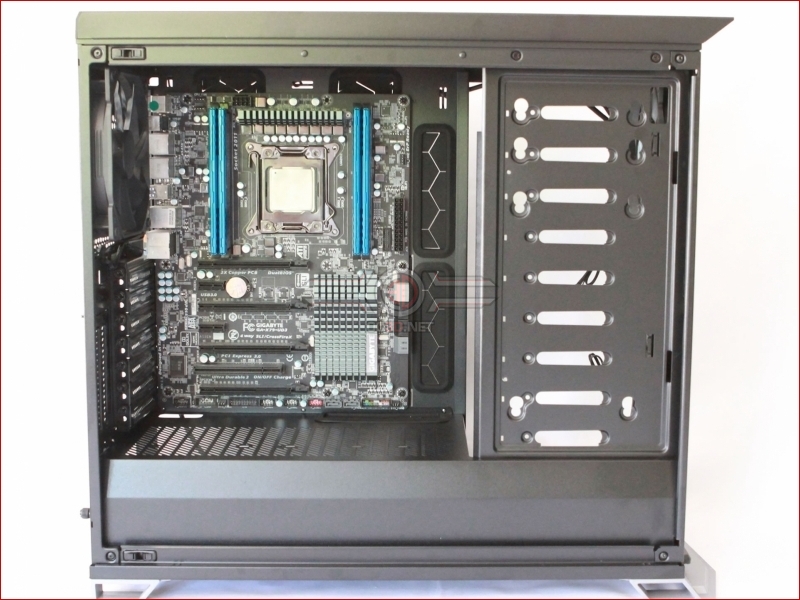 Lots of space at the bottom to bring through all those front I/O and USB headers, and even a nice grommet management hole to bring them through. 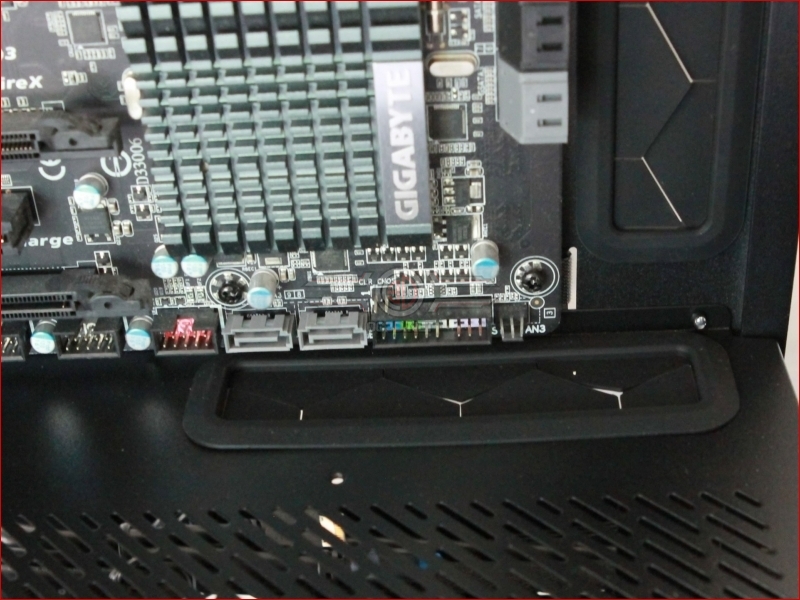 The RS will take tower coolers up to a staggering 185mm tall, and GPUs up to 440mm, with front fans mounted, although this figure will decrease in accordance with how much water cooling you put up front. 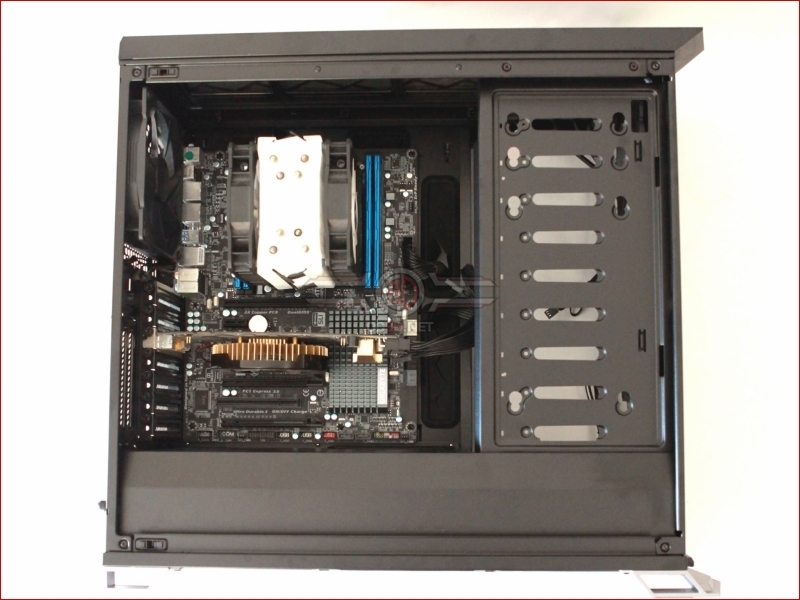 We thought we'd take the HDD mount panel out, just to show you how much room there is here.  Tons of room for a thick rad and fans, and if you go for the 240 or 280 option, there's plenty of room in the basement for pumps and reservoirs. 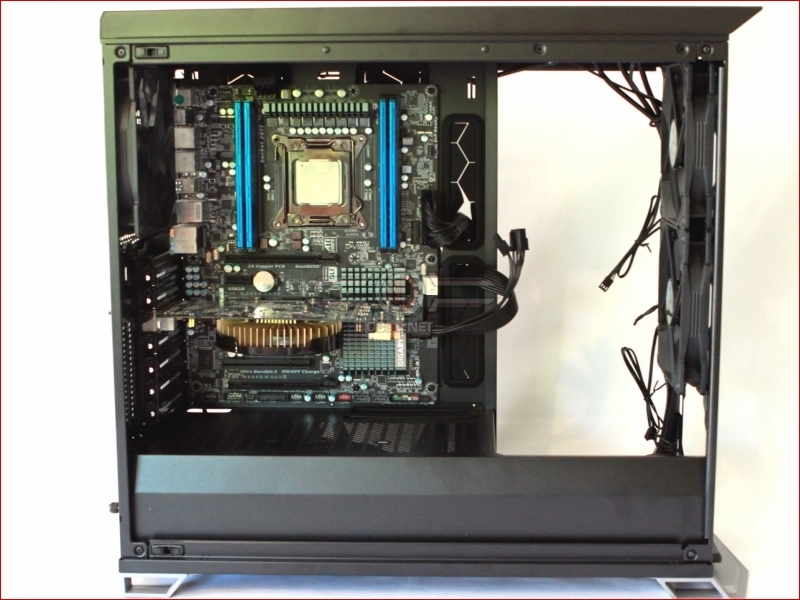 So just how much room have we got in the front?  180mm, that's how much.  This Fractal is really impressing us. 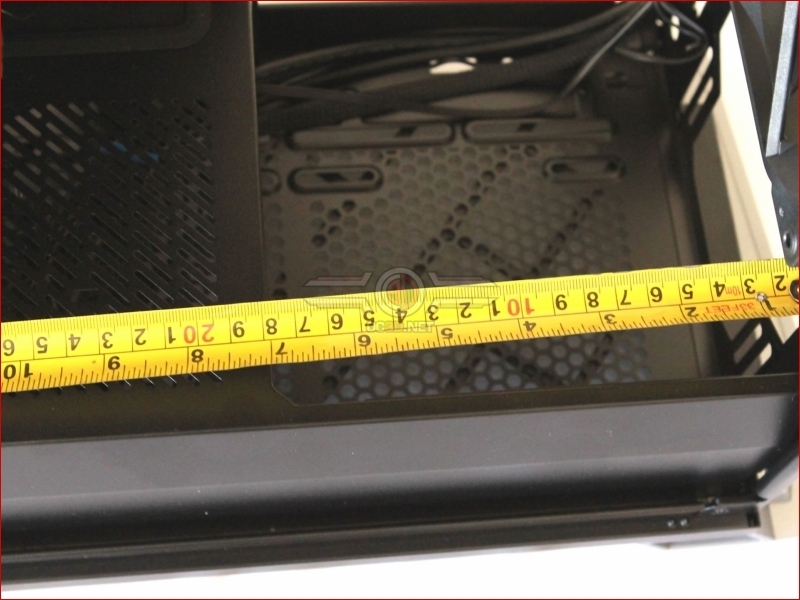 As you can see, even this relatively think 360mm rad looks totally lost in there. 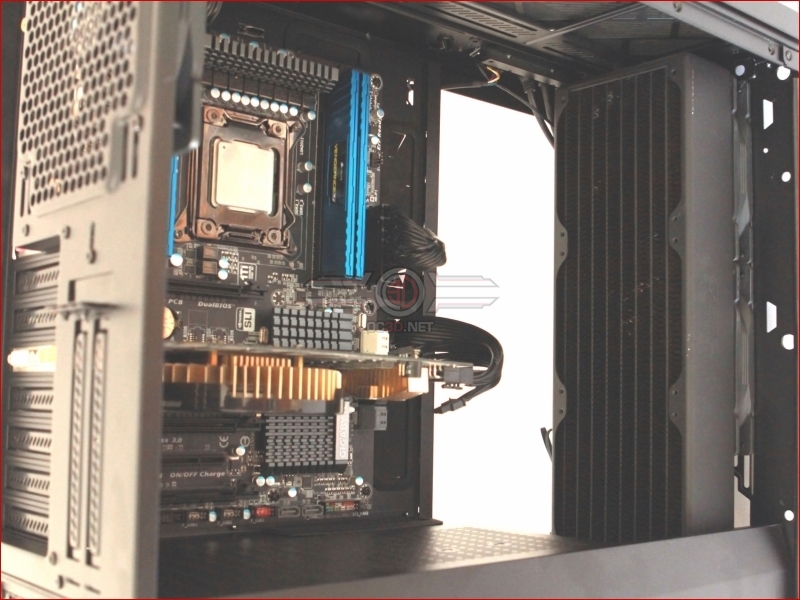 OK, so there's not quite as much room up top, but don't let that paltry 40mm fool you, as the roof rad mounting bracket can actually be configured either way round, one of which gives you more room for HDDs behind the motherboard area, and the other which gives you more room for wider rads.  To be honest, if you stick to 120mm fan based rads you're going to have no problems at all, with the 140mm based units just requiring a bit more thought and planning. 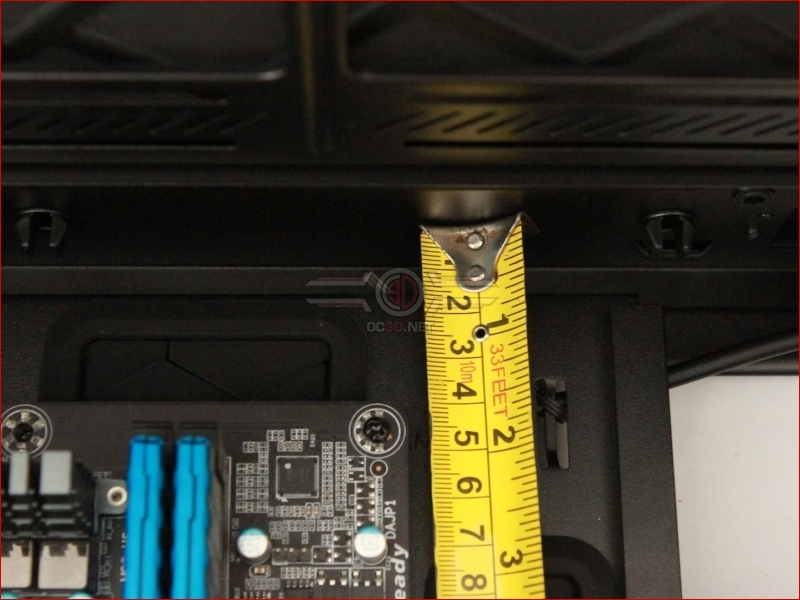 Things are a little snugger up in the roof, but if you look closely you'll set that there's plenty of clearance between the rad and the standard height RAM. 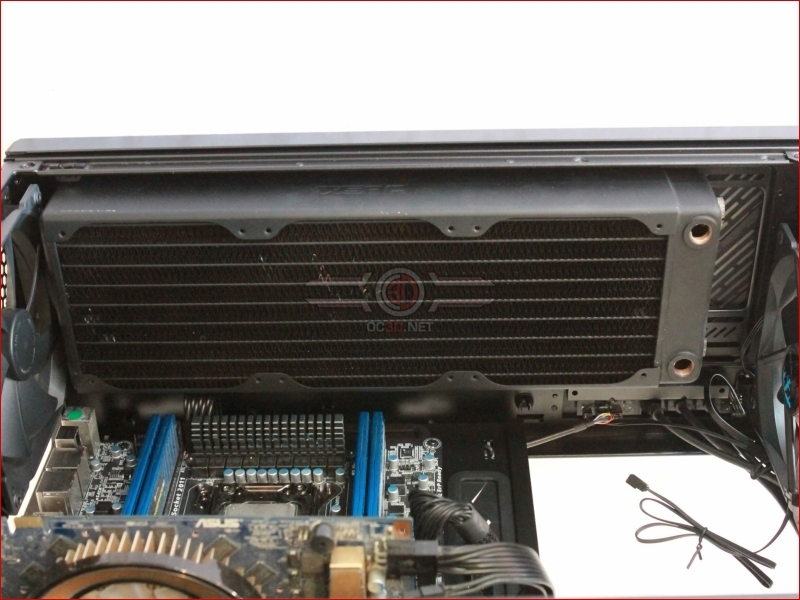