When looking at the Torrent, we first see the enclosure's top-mounted power supply mount design and its built-in shroud. PSUs that are up to 230mm long can be mounted here, which is large enough to accommodate most modern PSUs.

Cooling-wise, users of modern PSUs should not worry about overheating issues. Modern PSUs are often efficient enough to require little or no action from their fans, and if thermals started to creep up, modern units will simply ramp up their fans to appropriate levels. If you have a Gold or higher rated PSU, they won't be generating enough heat to create any thermal concerns, even if you live in a hot country. 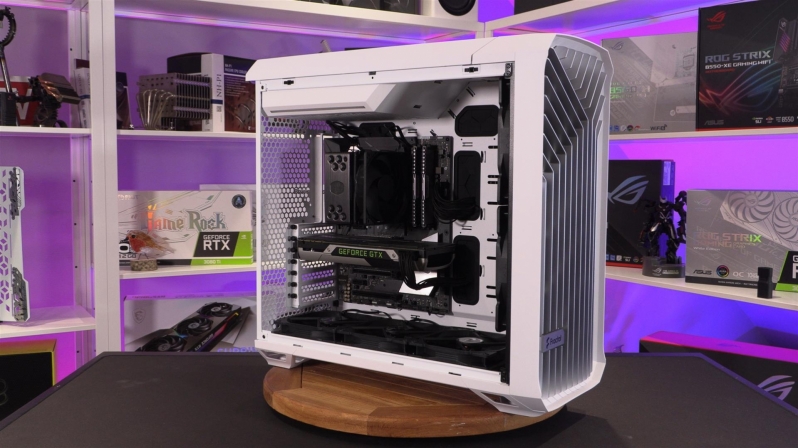 With three 140mm fans at the base of the case, Fractal's Torrent supplies ample airflow for all modern graphics cards. Should AMD and Nvidia continue to increase their GPU power draw with RDNA 3 and post-Ampere architectures, Fractal will deliver more than enough airflow to cool them with their Torrent chassis. 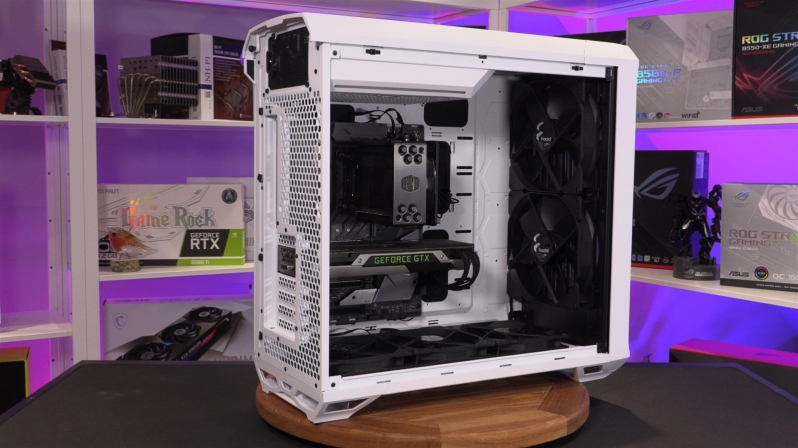 At the front of Fractal's Torrent case is two 180mm fans, though users of this case can mount three 120mm or 140mm fans in this location using a supplied mounting kit upgrade. This will allow the front of the Torrent to support 420mm and 360mm radiators. This enclosure also features plenty of space for a pump/reservoir combo for high-end liquid cooling setups. 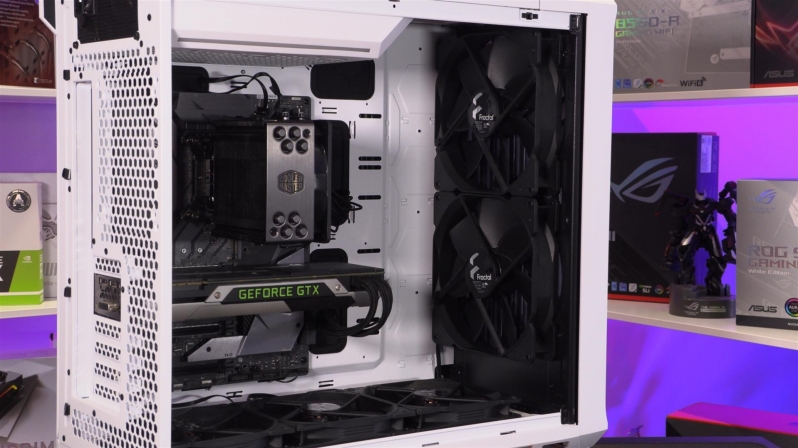 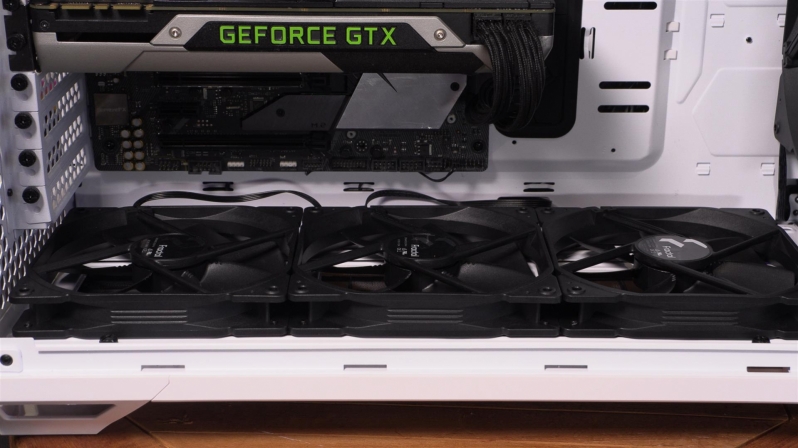 With an open front panel like this, Fractal's Torrent blocks practically no air from entering the chassis. Pretty much the only thing between this case's fans and the outside is a removable dust filter. 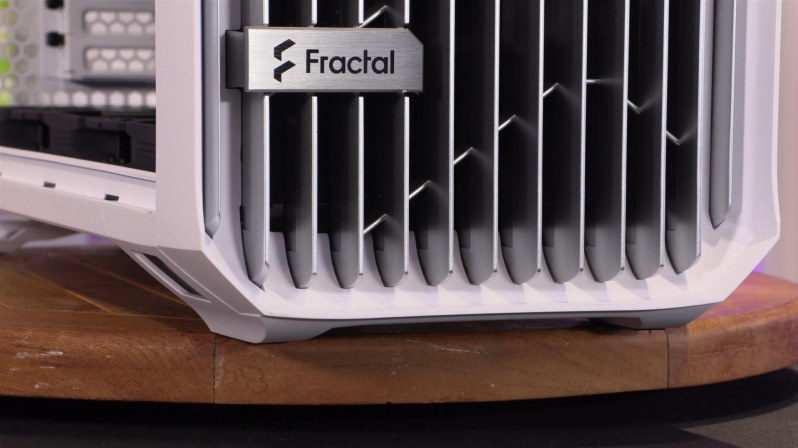 Behind Fractal's weighty, yet minimalist front panel is a removable dust filter that users will need to clean periodically. This will ensure that the case remains cool and that airflow remains uninhibited. 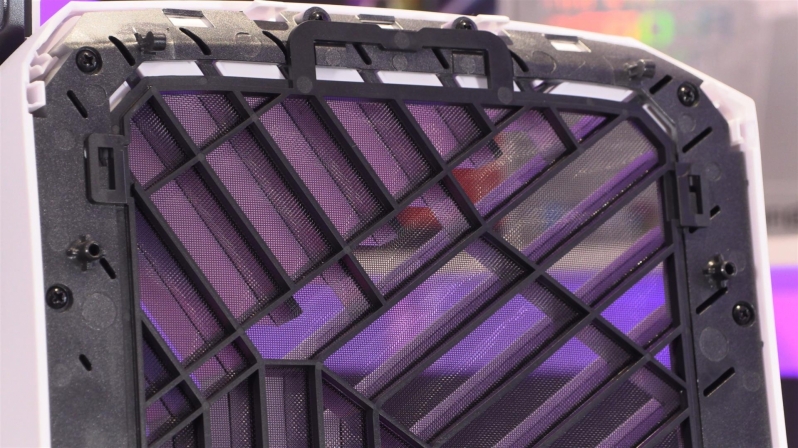 At the base of Fractal's case is a removable dust filter that can be accessed from the front of the chassis. This filter should also be cleaned periodically. 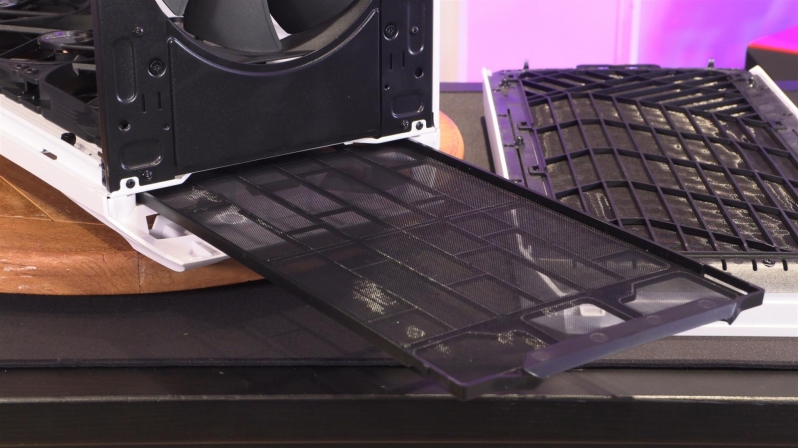 Behind the motherboard tray of the Fractal Torrent is a lot of clips for cable management, space for four 2.5-inch drives and space for two 3.5-inch drives. At the base of the enclosure is a built-in fan controller that supports up to nine fans. 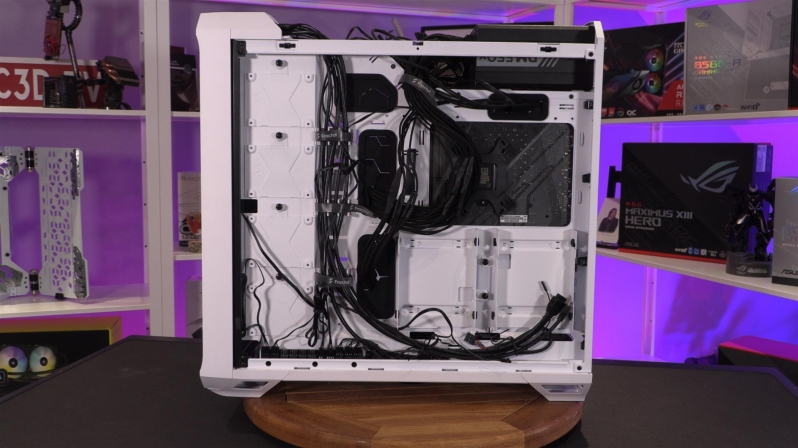 Below is Fractal's included fan controller, which supports up to nine fans and can be controlled using a 4-pin PWM connector on your PC's motherboard. 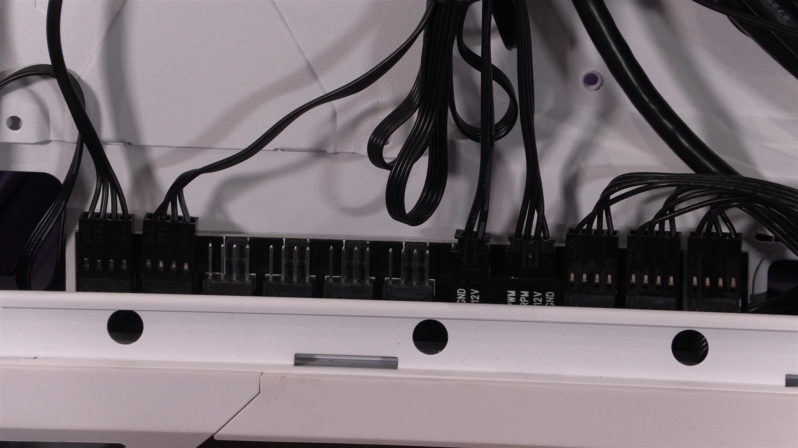