Performance - The best airflow case on the market?

In our thermal testing, the only variables that we set are the enclosure and the speed of the enclosure's included fans. We use a hit-running CPU with a compact cooler and a graphics card with fixed fan speeds to ensure that only internal case airflow can impact thermals.

With the Torrent, it is clear to see that Fractal's Airflow-focused design has had an impact on our system's thermals, giving us the lowest CPU and GPU thermals that we have ever seen using this hardware configuration. Frankly, the results speak for themselves. 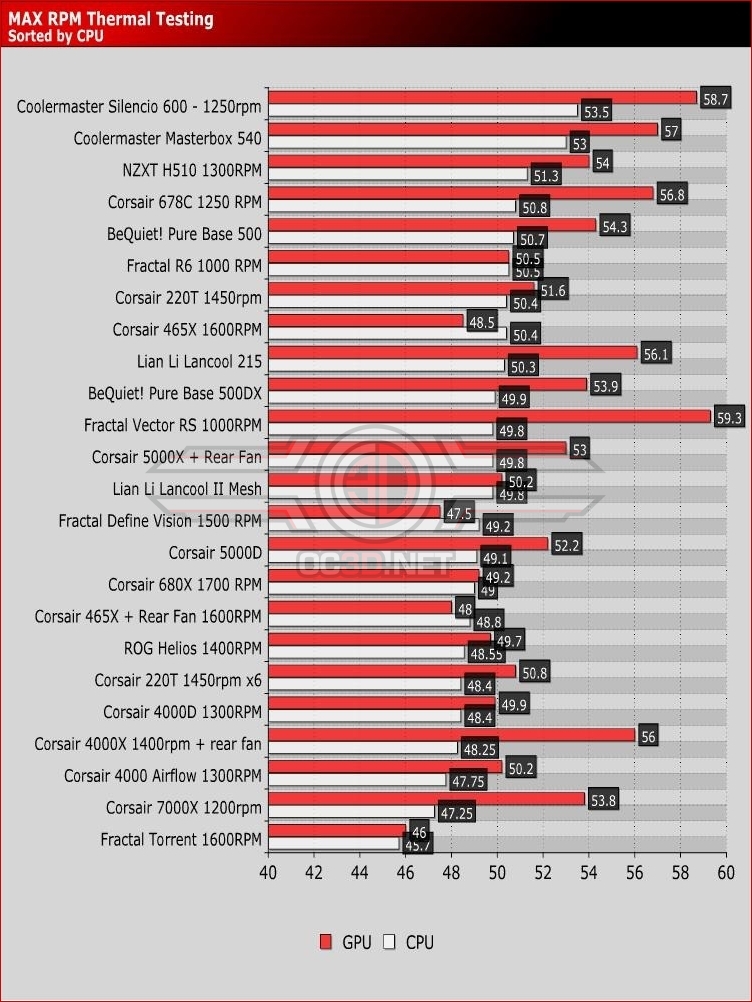 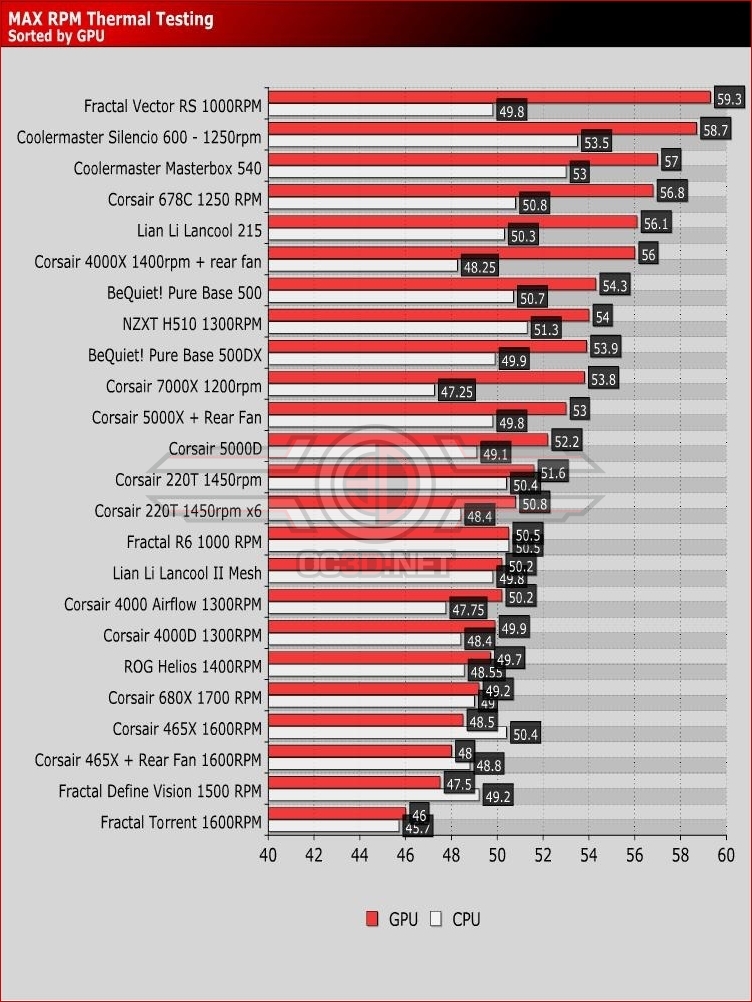 Lowering our system's fan speeds to 1,000 RPM results in a minimal increase in GPU and CPU thermals, but not enough to make higher fans speeds seem worth it. With Fractal's 180mm fans maxing out at 1200 RPM, it's not surprising that turning these fans down to 1,000 RPM has a minimal impact. 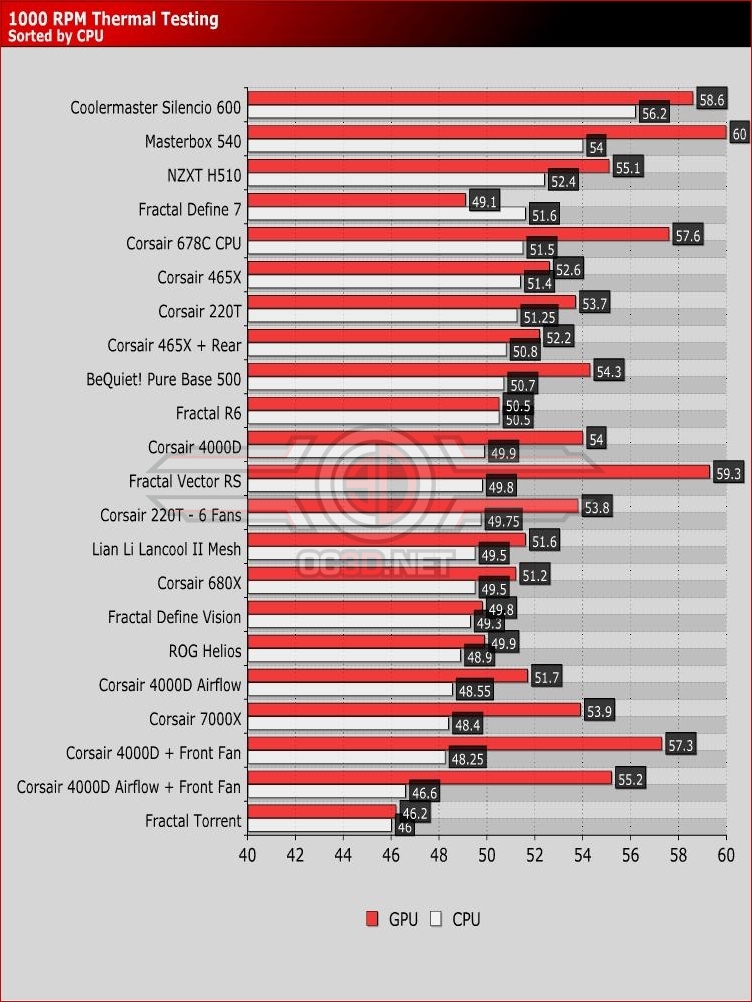 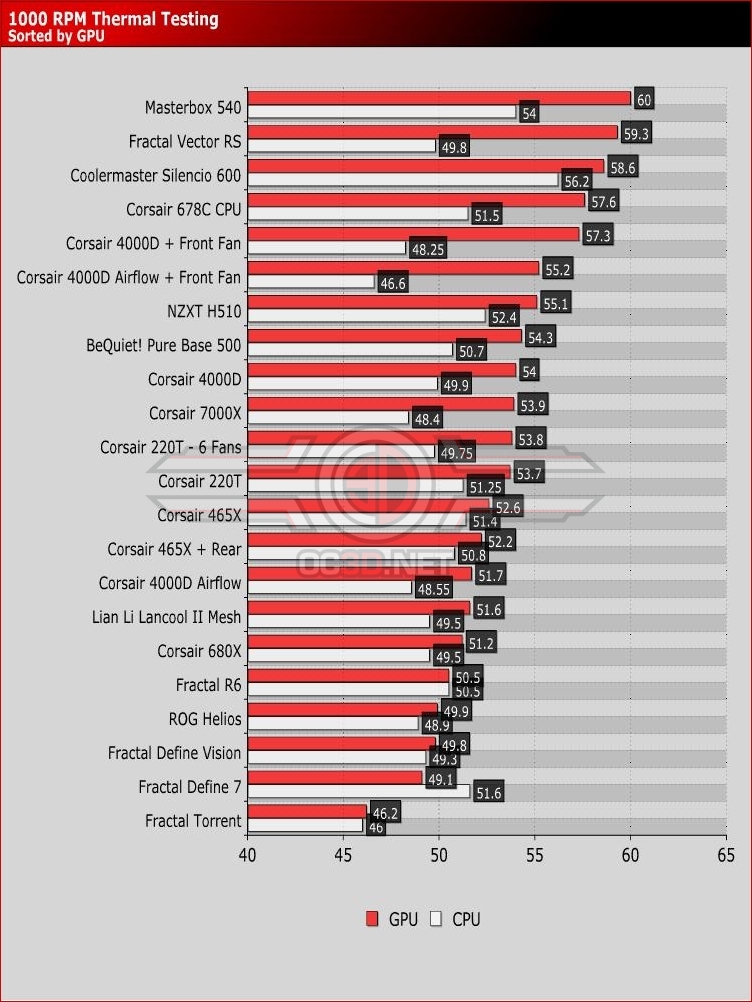 We have never seen thermals this low at our 600 RPM fan tests. Frankly, we are amazed. These are the best results that we have seen from a modern enclosure. Nothing else even comes close. The Fractal Torrent is the best low RPM airflow case that we have ever used. 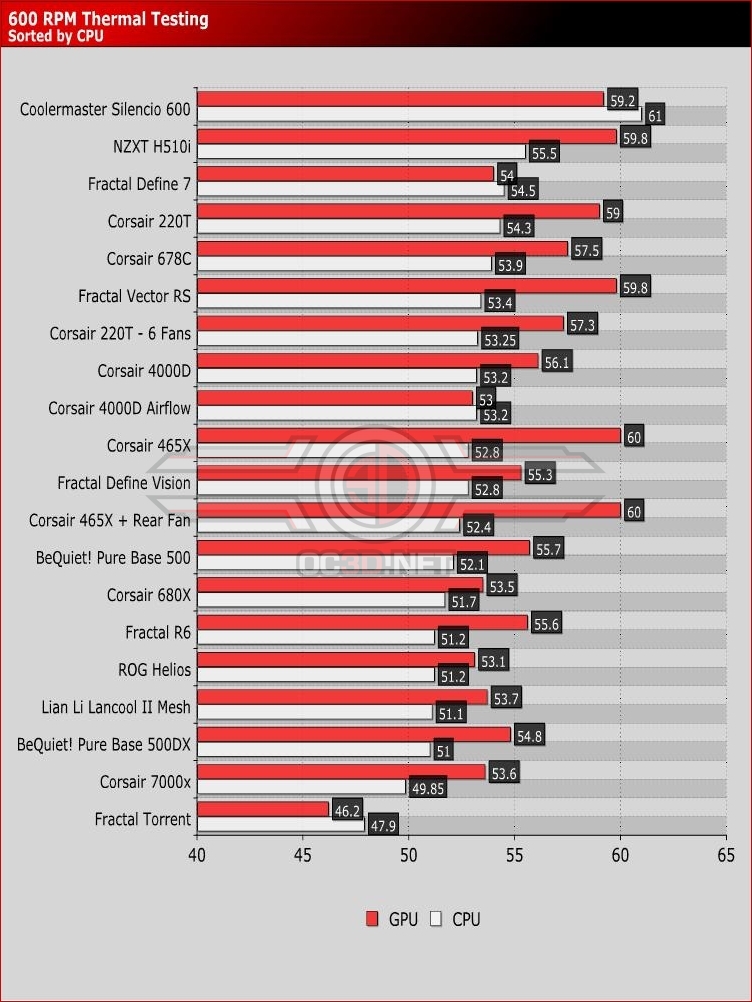 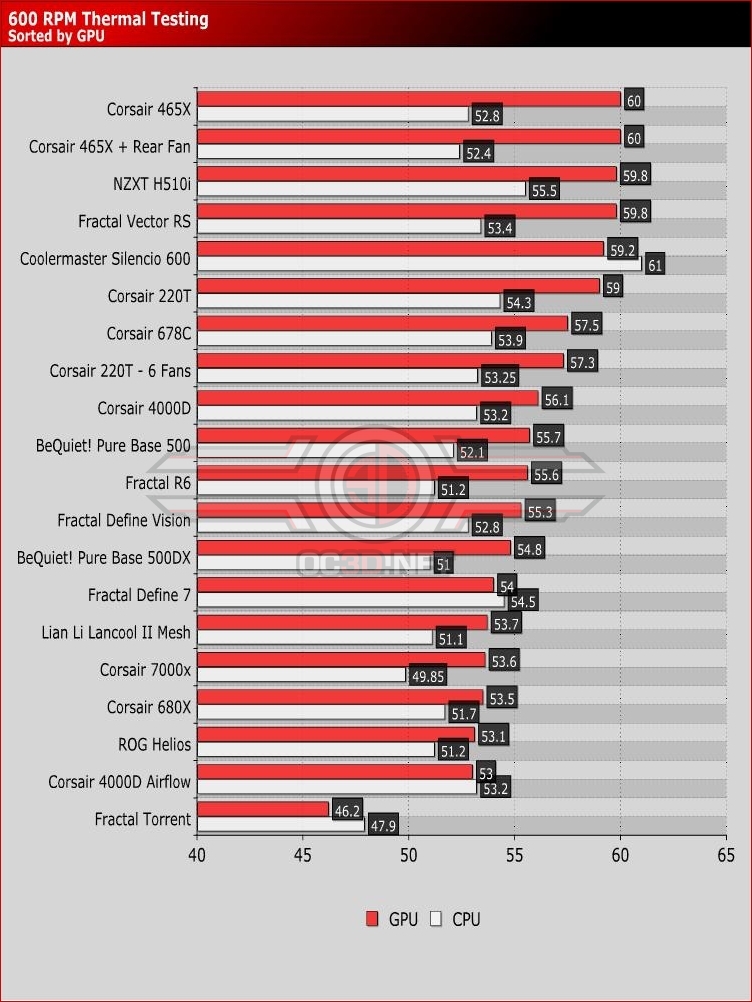