Fractal's Torrent Chassis is designed to deliver airflow and lots of it. This desire for absurd levels of airflow created the need for a non-traditional case design, moving the case's PSU mount to the top of the case while adding three 140mm fan mounts to the base of the enclosure. With this design, air intake from the bottom of the case is possible, giving direct airflow to graphics cards.

Size-wise, the Torrent supports motherboards that are up to EATX in size, giving users ample room for practically all consumer-grade motherboards and the largest of graphics cards. Good luck finding a graphics card that cannot fit inside this chassis, because we are certain that GPUs that large don't exist (at least not yet).

Users of HDDs will be happy to know that this case does support two 3.5-inch drives. These HDD brackets are dampened to minimise noise and are mounted behind the case's motherboard tray to make them invisible to users once installed. Additionally, four 2.5-inch mounts are available to install other storage devices or accessories on. 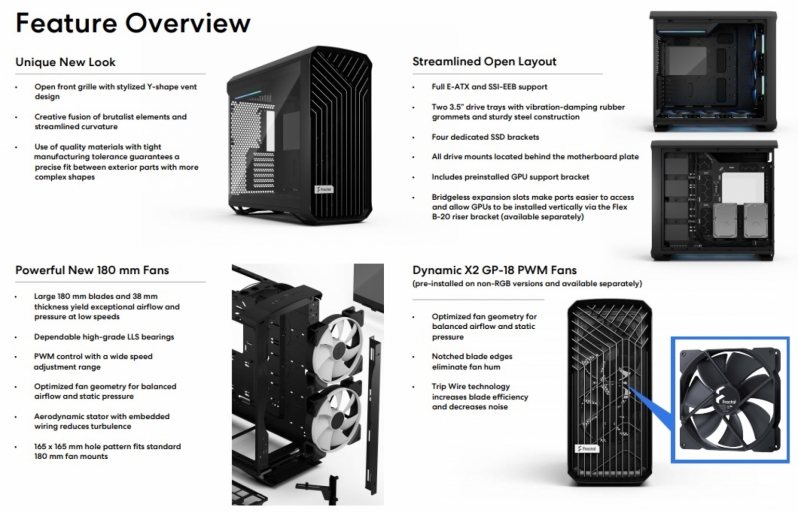 Fractal has confirmed that their 180mm fans will be available as standalone products at retailers, allowing users of the torrent's non-RGB models to purchase RGB enabled fans for their systems should they ever desire to. Fans of water cooling will be happy to know that the Torrent supports radiator sizes of up to 420mm at the top and bottom of the enclosure, allowing the Torrent to support meaty liquid cooling setups. 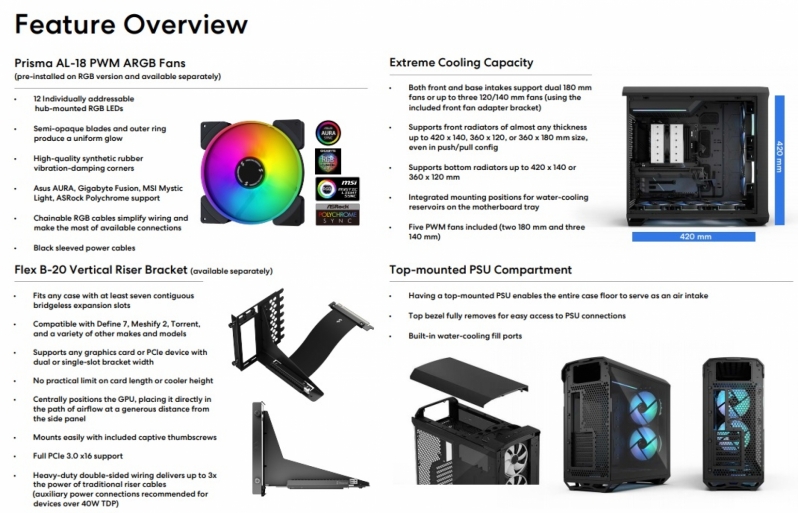 Fractal has built their Torrent chassis with two recesses at the base of the enclosure that can be used to add RGB LED strips to the chassis for under-lighting. 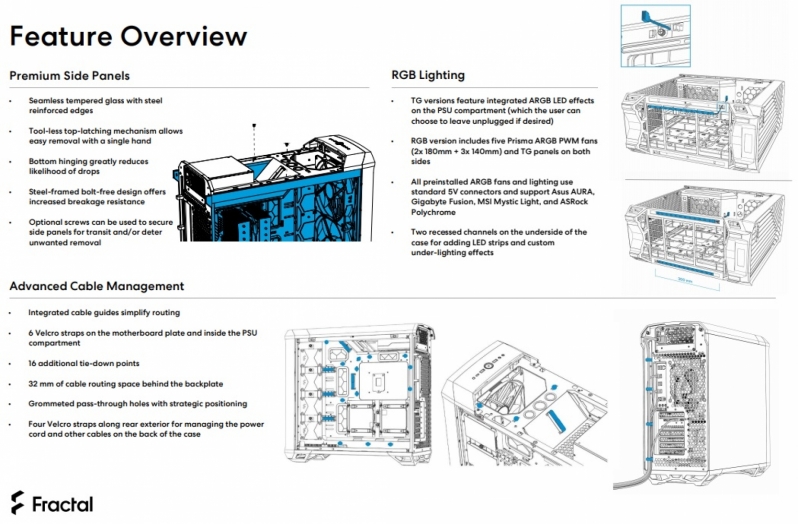 Fractal's Torrent chassis features a 9-way PWM fan hub that can be controlled using a single 4-pin fan header. The controller can deliver up to 36 watts of power. 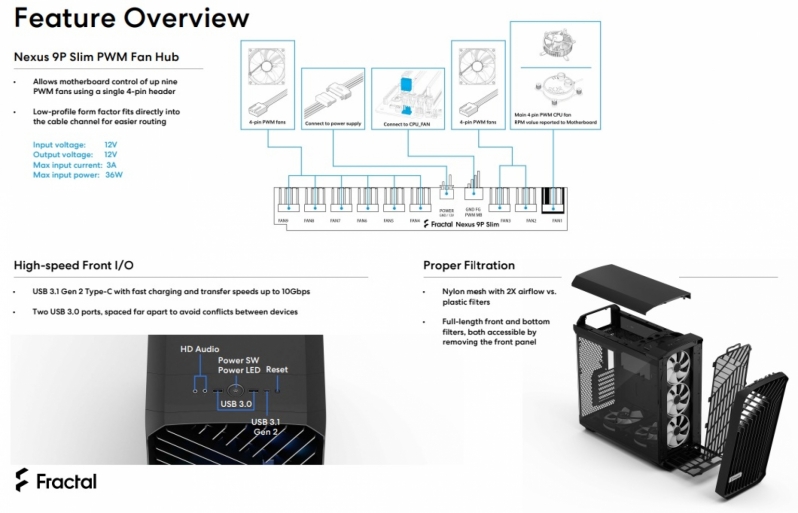