Some of us want a PC case that has a little flash, a showpiece chassis to display our well-selected PC components. Typically, this class of case would cost users an arm and a leg, but Kolink has found a way to make such an RGB-filled tempered glass monstrosity like this release with an affordable price tag.

Presenting, the BIG CHUNGUS. Yes, that's right, the Big Chungus. Like the meme of the same name, this case is oversized and overprovisioned, offering users more than enough space for their EATX motherboard, water cooling and more. Add in support for crazy amounts of RGB lighting, and we have a proper show queen on our hands.

This case is all about the looks, offering users large tempered glass panels, five integrated Addressable RGB fans, and two ARGB LED strips at stock. All of these RGB elements can be controlled using a built-in RGB LED controller or a compatible motherboard.

The Big Chungus is designed to offer enough build space for any showpiece system, be it for your man cave or a LAN event. The system can even be controlled using an included remote, making the system's lighting changeable at the press of a button. 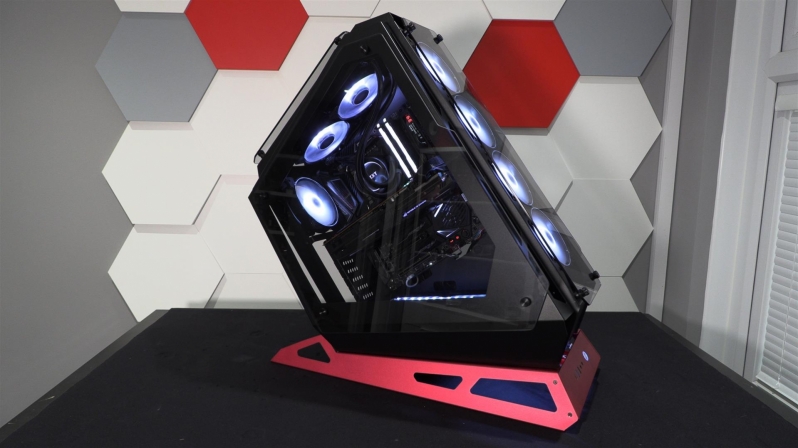 If the name Big Chungus didn't already convey the sheer size of this enclosure, the case's dimensions of 668mm x 336mm x 651mm should. This case is a full-sized EATX monster, and the angled nature of this PC frame only serves to make the chassis appear larger.

Bartacus
Oh but it's not just Chungus, it's BIG Chungus, like Chungus was too small for you.

WYP
Quote:
I want to see an ITX version, a Little Chungus.Quote

Yeah the name is bad. Sounds like fungus of the bellend.Quote

WYP
Quote:
Well, it is a meme name. The whole point is that it gets attention.Quote
Reply