Introduction - A little bit of everything for 75 quid

Introduction - A little bit of everything for £75

With their new LANCOOL II MESH enclosure, Lian Li aims to offer consumers a little bit of everything for £75. To achieve this, Lan li's delivering consumers two tempered glass windows, a full mesh front, three included fans and enough space to store all of the storage drives that most consumers could ever desire.

Delivering this feature is a difficult task for any PC enclosure, especially for one which targets a sub-£100 pricepoint. Tempered glass isn't cheap, and neither are the other features which Lian Li plans to offer.

Modularity is part of Lian Li's design goals, as the company's offering this enclosure with multiple upgrade options. These upgrades include the addition of a USB Type-C connector to its front panel, a GPU anti-sag mount, to the addition of HDD/SSD hot-swap support and the utilisation of a vertical GPU mount. Lian Li also sells this enclosure in white and has an option which ships with three front-mounted 120mm RGB fans for £79.99, making this enclosure suitable for white case lovers and RGB enthusiasts. 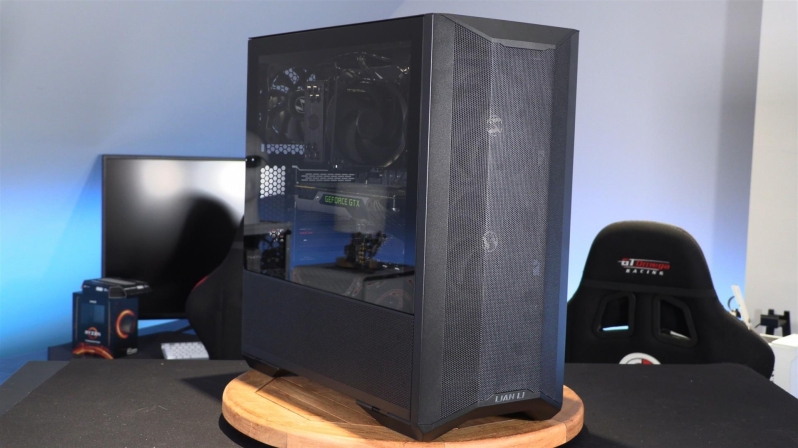 Looking at this case, you can also see that the LANCOOL MESH's side panels are both made of tempered glass and are hinged, making the internals of the case incredibly easy to access.

As people who frequently build and upgrade PCs, we will be the first to tell you that hinged tempered glass panels are a godsend. They are easy to open/close, and they make the addition or removal of components a simple process. Hinged panels are superior to the thumbscrew mounted panels of yesteryear, which require the removal of four screws and the full removal of the side panel to add or replace any system component. With the LANCOOL MESH, Lian Li has made component replacement simple, 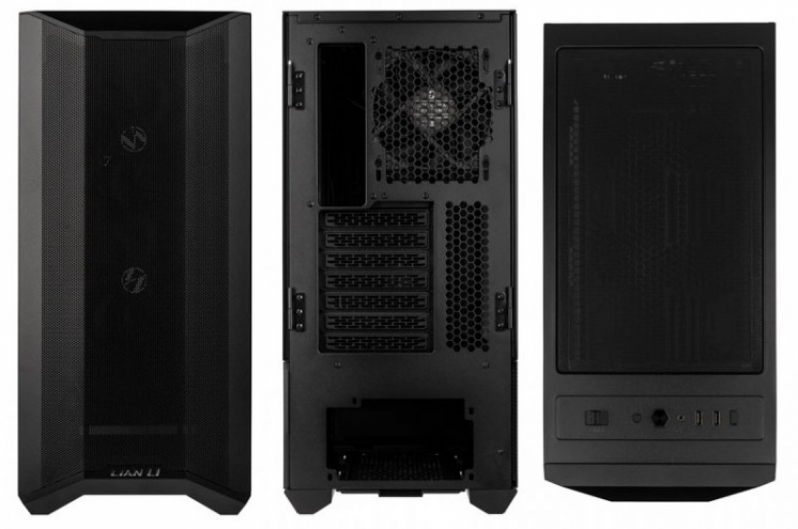 Below are the full specifications of Lian Li's LANCOOL II MESH, which measures in at 478x229x494 (LxWxH), making this enclosure a mid-tower chassis. The case supports ATX, MATX and Mini-ITX motherboards as well as EATX motherboards that are less than 280mm wide. This width makes this enclosure ready to support almost any consumer-grade motherboard.

At the front of the LANCOOL MESH, Lian Li offers its users twin 140mm fans alongside a single rear-mounted 120mm fan, all of which are used with the case's integrated fan controller, which is controlled using a top-mounted switch. The RGB version of this enclosure features three front-mounted 120mm RGB fans and no rear fan.

Like a lot of premium cases, the LANCOOL MESH features a removable front radiator mount, which makes the installation of front-mounted radiators and fans a breeze. The enclosure also supports six 2.5-inch SSDs with dedicated mounts as well as three 3.5/2.5-inch devices thanks to the case's dedicated drive mounts, which can be hot-swap enabled.

Below are the full specifications of the LANCOOL MESH. 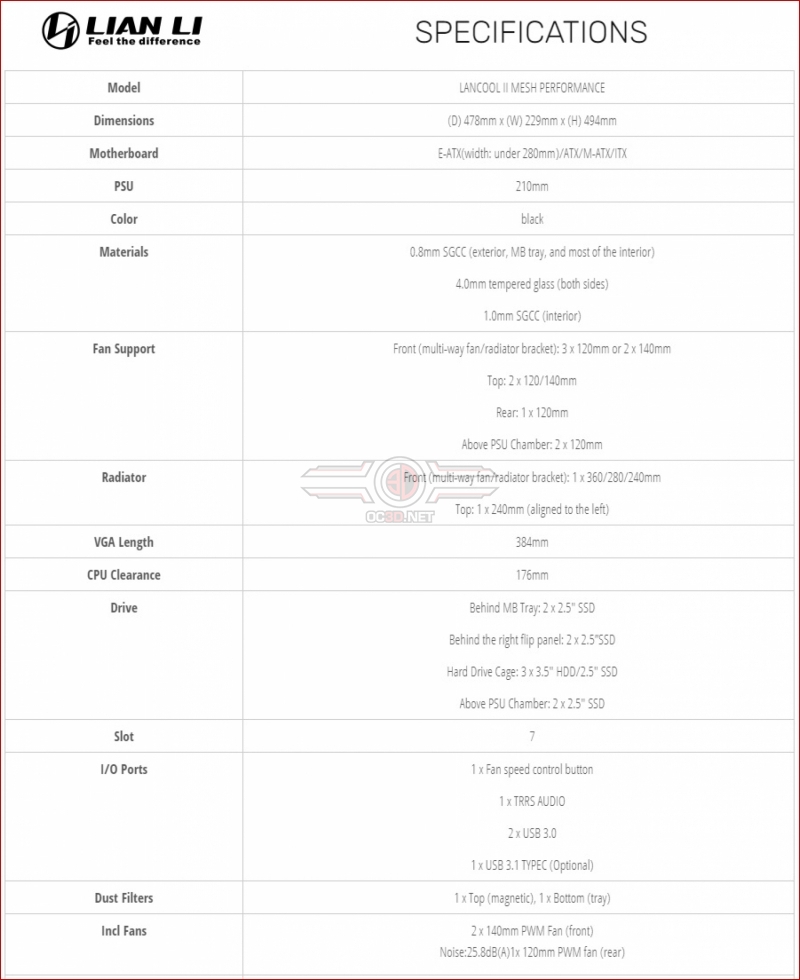 Greenback
That's a lot of case extra features for the price, I may be wrong but isn't that the first to have 140mm offset for the top? I know they mostly have the 120's offset.

WYP
Quote:
I have sorted the graph issue. Thanks for pointing that out.Quote

AlienALX
I had a Lancool and seriously it is the best designed case I have ever built in. The rad support was absolutely crazy, and certain parts of the case could be moved and etc so that you could change the cooling quite seriously. I was very, very impressed. The build quality kinda sucked (the fan screws were pulling out of the thin metal) but other than that it was an absolute dream to build in.

Which doesn't really say much, given that I usually choose to add arses to monkeys and make stuff fit in places it really shouldn't, but yeah that thing was just so easy. Once it was all put together though it was really pretty.Quote
Reply