Sadly, our standard 600 RPM stress test did not work with the LANCOOL III, because our normal fan control software would not run this case's fans at a steady 600 RPM, invalidating the test. Thankfully, things worked as normal at 1,000 RPM and at this case's maximum fan RPMs (1650 RPM), allowing our other standard tests to proceed normally.

At 1000 RPM, the LANCOOL III remained quiet and delivered thermal results that are towards the bottom of our graphics. That's a good thing, as the lower on these graphs a case is, the lower its delta thermals are. While this case does not deliver the best thermals that we have ever seen, these remain respectable results, specially for a case that has plenty of space for SSDs and HDDs. 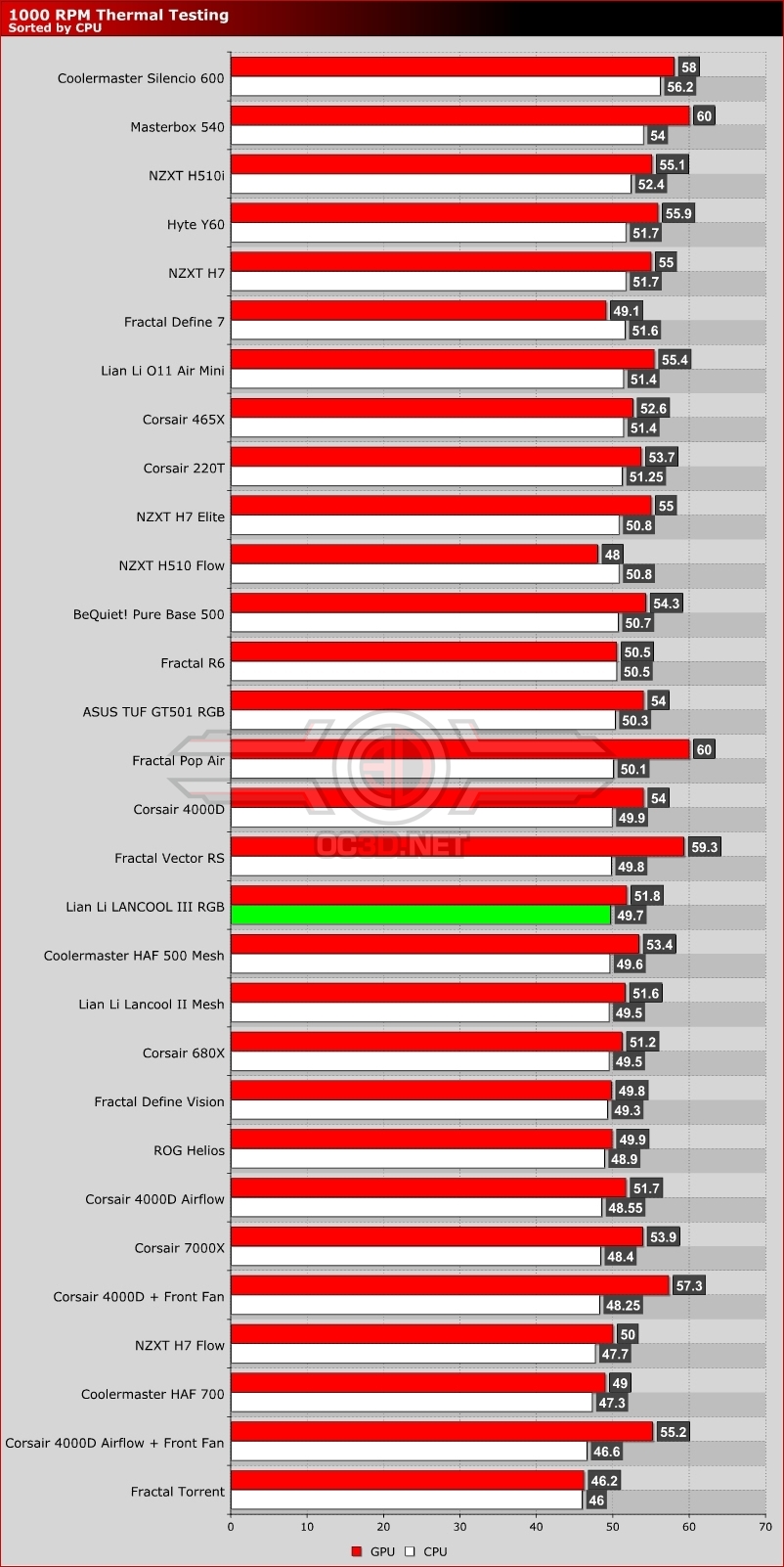 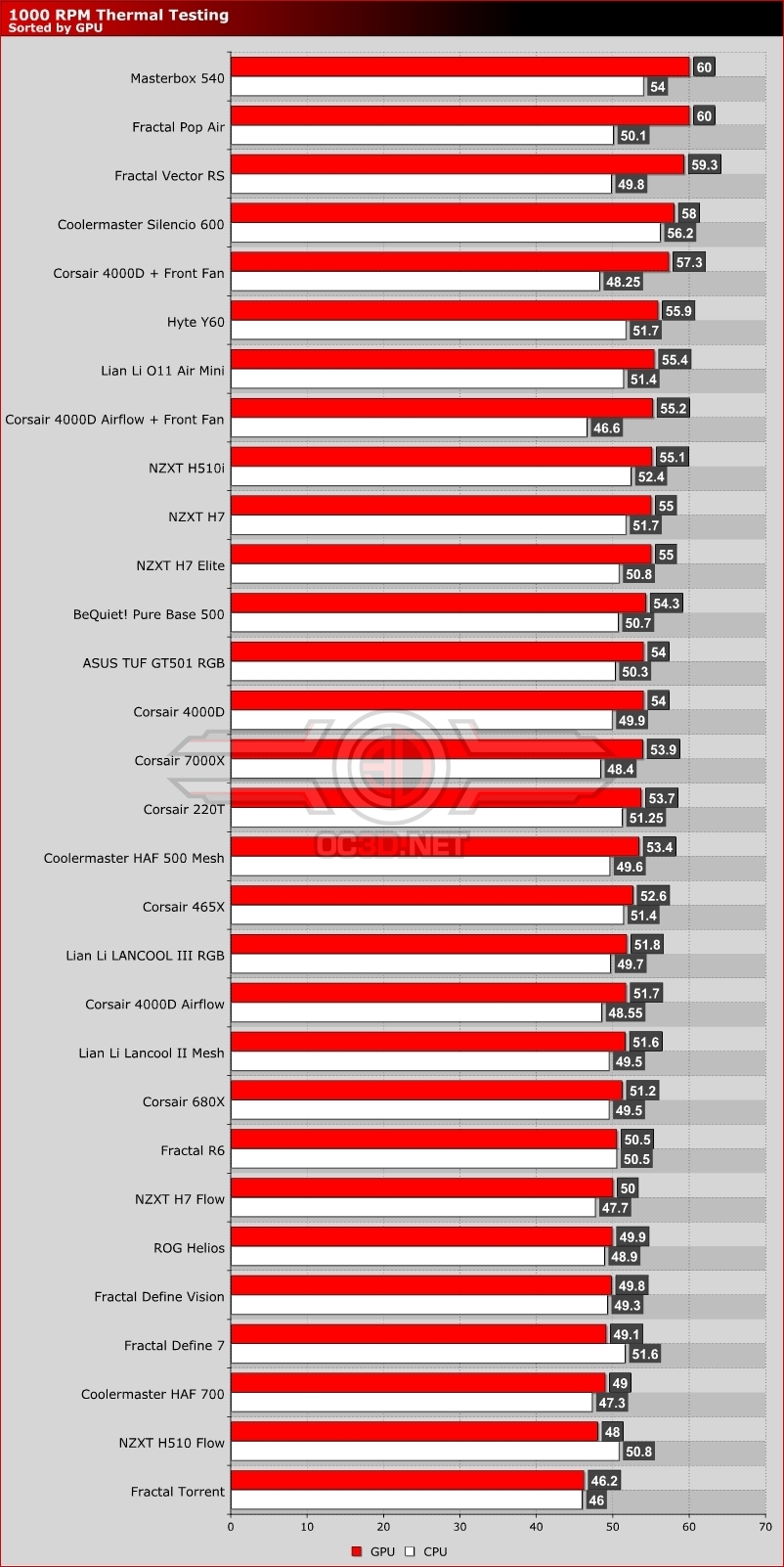 When we let the Lancool III's fans run at their highest RPMs, the case falls towards the bottom levels of our CPU and GPU performance charts. That means that this case's CPU and GPU thermals are amongst the best that we have seen for an out-of-the box case. Only the Fractal Torrent delivers a convincing lead over the Lancool III, and it ships with more fans and has less space for HDDs/SSDs. 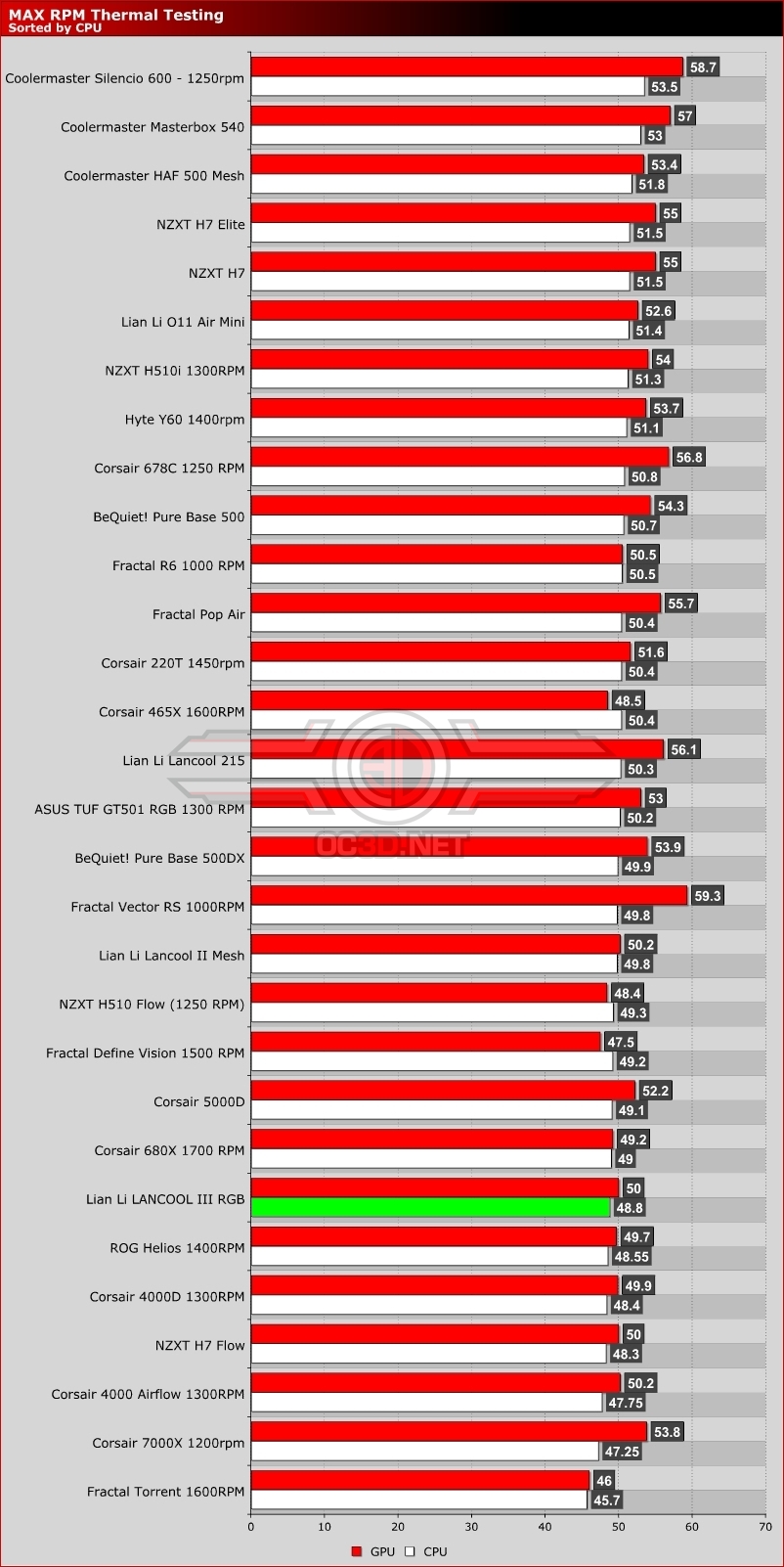 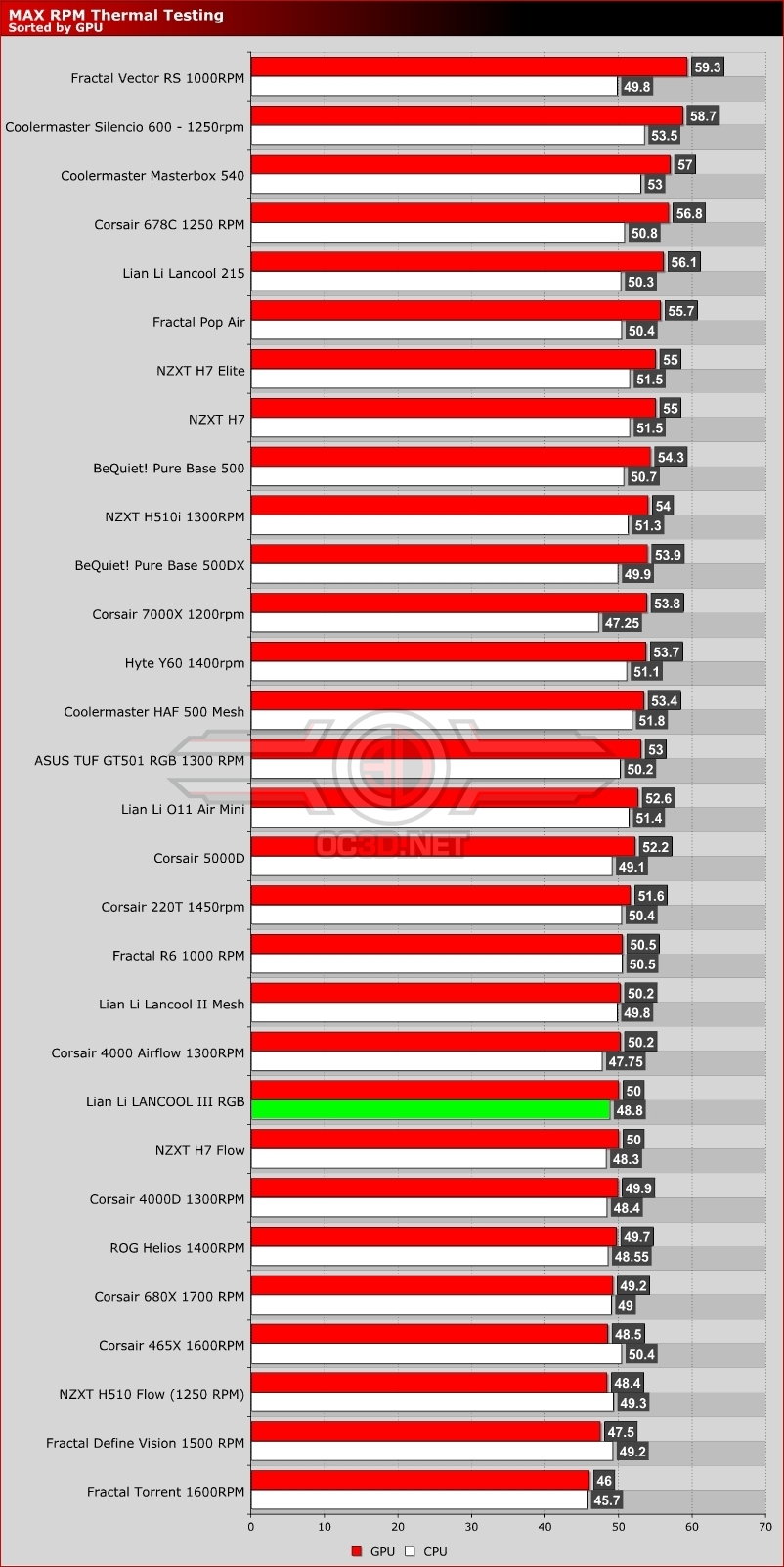