Testing - Does it need more fans?

Lian Li's O11 Air Mini is a fairly quiet case, even when its stock fans are running at their highest RPMs. 1300 RPM isn't that fast in the world of fans, and that is great news for anyone who values silence. Too many cases make up for their poor airflow design with faster fan RPMs, with the most criminal of these manufacturers offering 2,000+ RPM fans.

Lian Li knows that they don't need crazy RPMs to deliver decent airflow. That said, the O11 Air Mini could benefit from having more fans added to it, as could most £100ish cases. 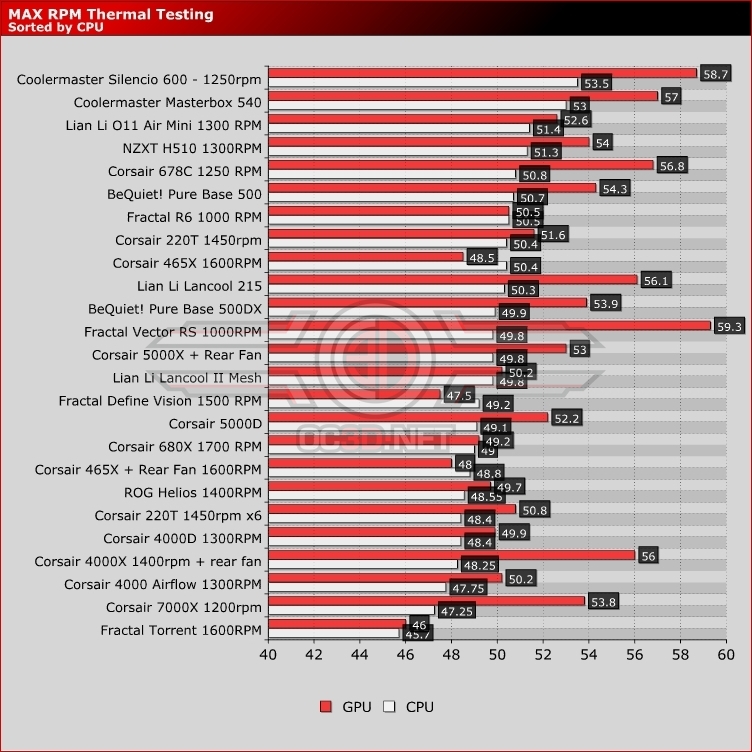 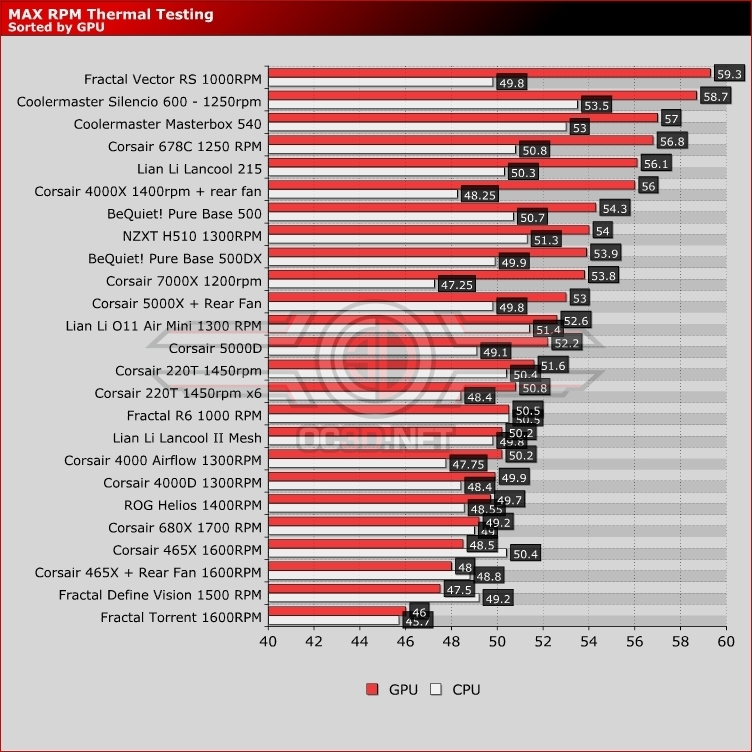 The cooling performance of the Lian Li O11 is not near the top of our charts, but it doesn't need to be. This case ships with three fans while many of the others below ship with many more. Add a few fans to the base of the O11 Air, and you will see some better results. It is that simple. Lian Li could have shipped this case with more fans, but that could make the case more expensive and would push users down certain cooling avenues, hurting the case's versatiliy. 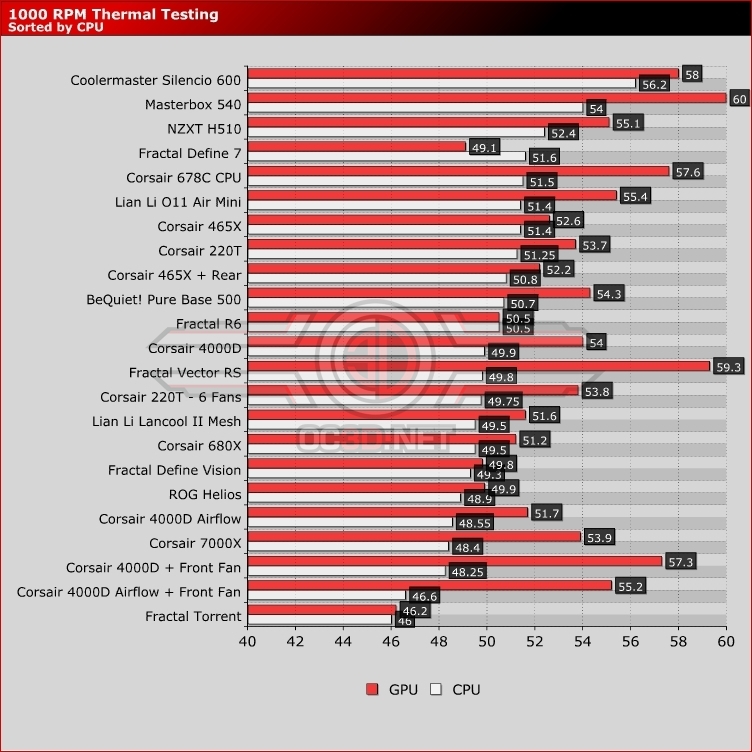 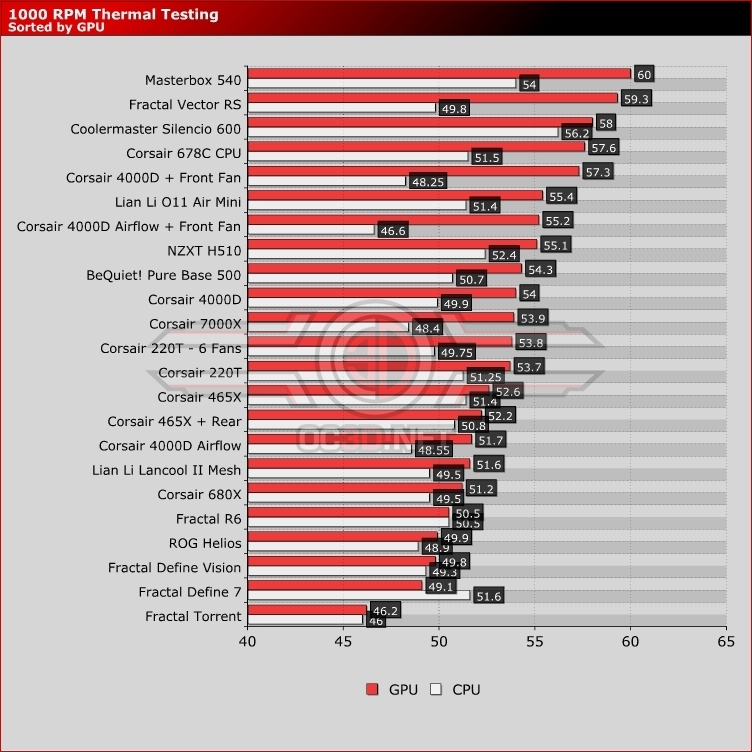 At 600 RPM, the Lian Li O11 Air Mini failed our cooling test. 600 RPM is a low RPM value, and we have deliberately set up our case test system to reach these thermals when inadequate airflow is achieved. We have seen many other cases fail this same test at this RPM, and while a fail is a fail, the fans with this case are incredibly quiet at higher RPMs, which means that most users will not need to run these fans at 600 RPM.

Again, adding fans to the bottom of this case will add to the system's overall airflow. Users of this case will need to think about their airflow to get the best thermal results from the O11 Air Mini, and that is not necessarily a bad thing. 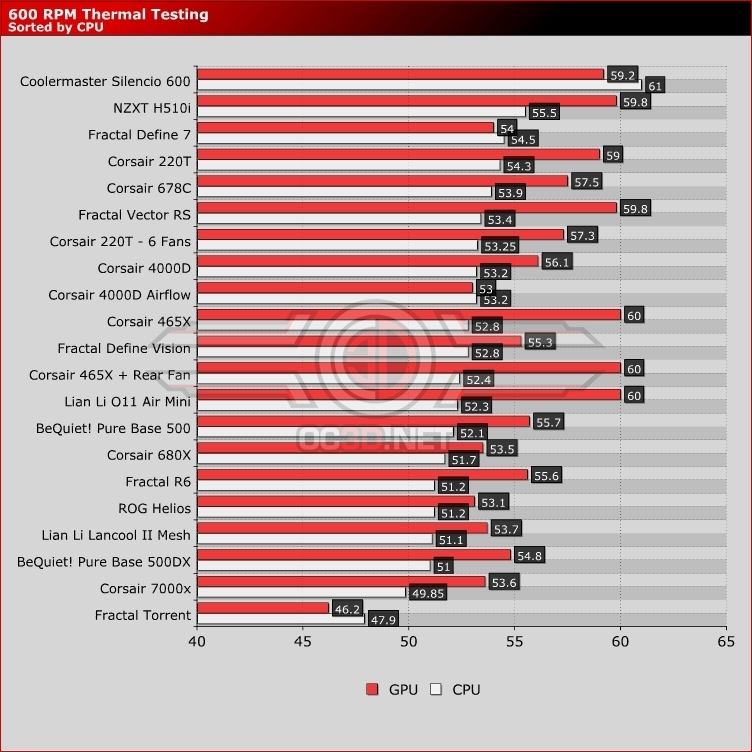 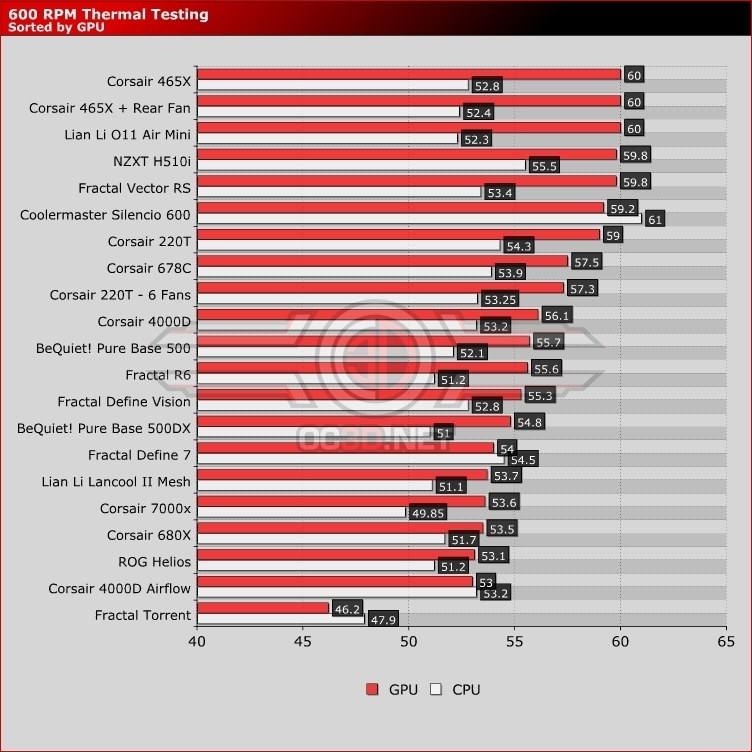