Popping the side panels off (and be careful because with the sound dampening they weigh a Ton), reveals the interior.  There's a decent size CPU cut out, although it does appear a bit far over to the left.  We guess we'll see when we get to the build.  There are also three cable management holes, two vertically and one horizontal at the base.  The holes themselves aren't the biggest in the world, but what is nice to see is that Nanoxia have appended them with rubber grommets.  Ok so the grommets aren't of the very highest quality but they are up to the job and we're appreciative of them in a case at this price point.  From a CPU cooling perspective, although this case is only 200mm wide it's still able to accept tower coolers up to 160mm in height, which is more than adequate. 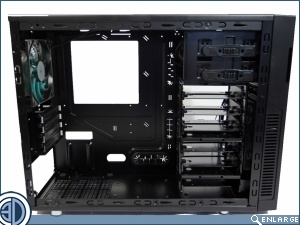 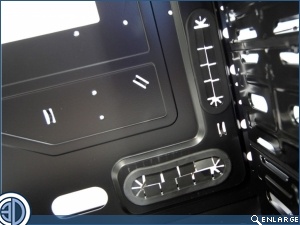 The pair of 5.25" drive bays have tool free mechanisms, with the lower of the bays having a removable 5.25" to 3.5" adapter fitted 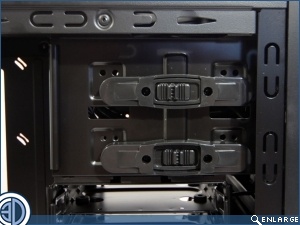 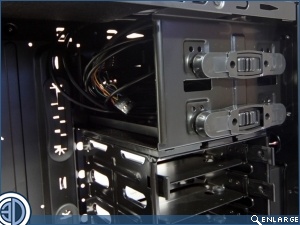 There's a total of six 3.5" bays divided up into three sections.  The drives are located inside steel drawers which can accept both 3.5" and 2.5" drives. 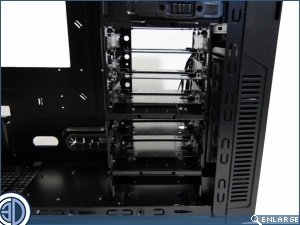 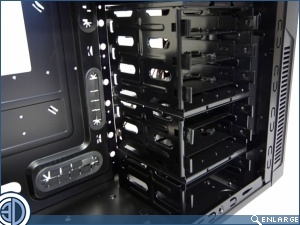 Although the lowermost single drive bay is fixed to the base of the case, both the upper 3 drive and mid 2 drive bays can be removed after releasing clips on the reverse side.  This not only increases the max GPU length from 265mm to 395mm but also reveals the inner mount for the 120mm Nanoxia fan.  This inner mount is actually designed to accept 120mm rad based AIO cooling solutions, and if you don't mind trading a bit of GPU room and five of your 6 drive bays it's not a bad option as you may well be able to get a thicker rad in here than you would in the rear of a lot of cases. 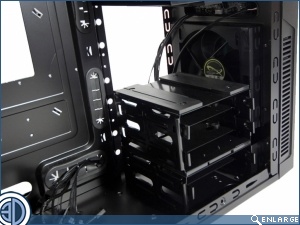 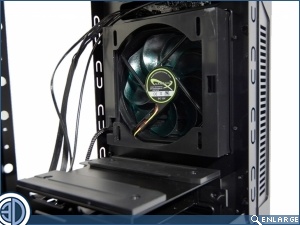 The drive bays themselves are well made and solid, assuring us that although this is the cheapest in the range Nanoxia haven't scrimped on the quality, at least not here anyway. 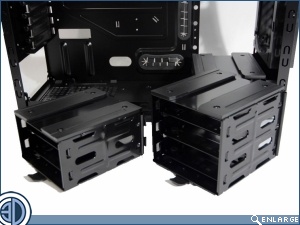 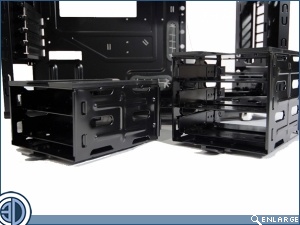