Up Close: Interior Base, Rear, Roof and Reverse

Up Close:  Interior Base, Rear, Roof and Reverse

Ok so the small foam pads designed to isolate the PSU are a little paltry but at least they're present and correct, as is the filtered vent underneath.  Fitting a PSU much longer than 160mm in here will obscure your lower management holes, but let's be honest you're not going to be buying this case and sticking a monster 1200W PSU in it are you?  On the more positive side, there's also a set of mounting holes in the base of the case to locate a 2.5" drive.  Ideal if you've given up your most of your 3.5" bays and are going with a large data drive in the remaining bay and an SSD as your boot drive. 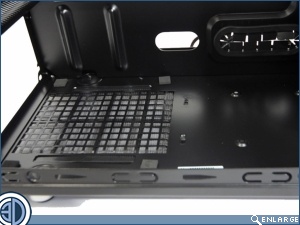 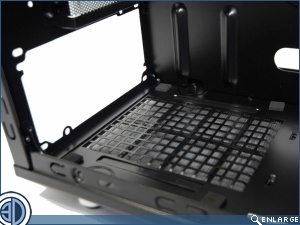 Above the PSU cut out there are four vented  PCI covers, held in with the usual black thumb bolts.  Above this we find a single 120mm Green bladed Nanoxia fan. 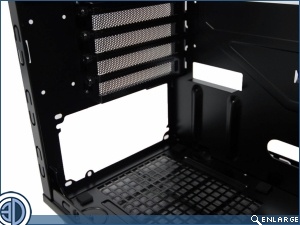 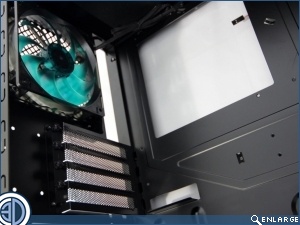 Further evidence of this cases silent character can be found in the roof.  The rear most of these two foam sections can be removed to improve cooling and if desired to provide a mounting point for a  120mm or 140mm fan. 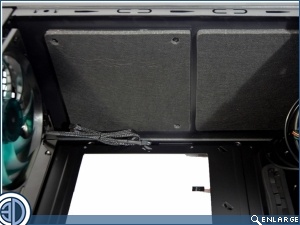 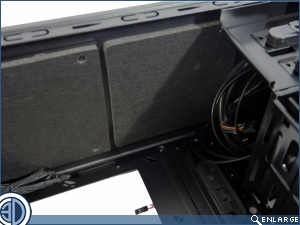 The reverse side of the motherboard tray is quite well appointed with no less than eight cable tie points.  having mentioned the quality of the grommets earlier we thought it best to show you what we're on about.  They're a bit stiff and don't seem to fit the holes as well as they could, that said we'd rather have hem than not have them. 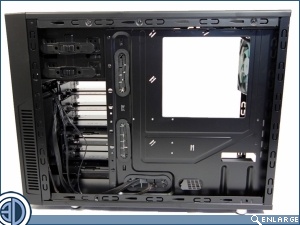 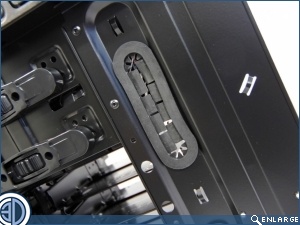 What is quite surprising is that in a case of this size (200mm wide remember) there's still 15mm of cable management space behind the motherboard.  Granted the sound dampening material will reduce this a fraction, but it's still plenty.  having mentioned that the management holes are a little on the small side we suspect that the main PSU exit hole, which will also serve as the entry point for the front I/O connections is going to be packed tighter than a tube train at rush hour. 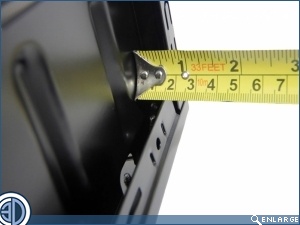 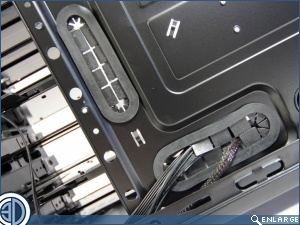