Here at OC3D we love nothing more than stripping a case down to its undies (actually that's not quite true now that we think about it, there are other things we like to see in their undies).  Pervy metaphors aside, as the DS4 is predominantly steel there's really only the front fascia to pull away before you're down to the bare bones of the chassis 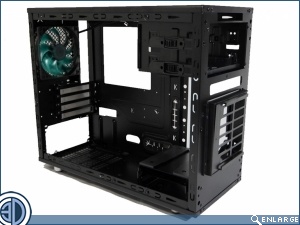 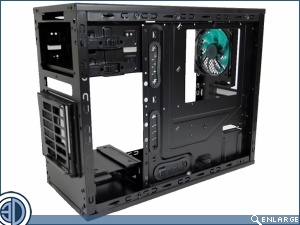 As with the other Nanoxia cases we've reviewed the front fascia is held on extremely tightly and will give you the feeling that if you tug much harder the things going to break in half.  But tug harder you must as it's the only way to get in there. 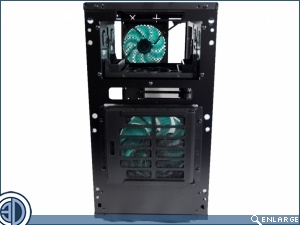 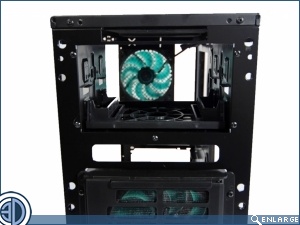 And why would we want to get in there?  Well if you want to clean the filter on the 120mm Nanoxia fan then it's the only way you're going to be able to do it. 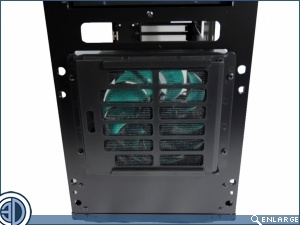 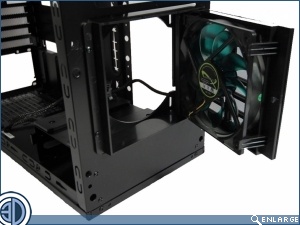 We're used to seeing these swing open mechanisms on the Nanoxia cases where the lower door opens, making cleaning filers an absolute breeze.  We are though a little perplexed as to why Nanoxia have included one here.  Surely as you've got to wrench the front off the case having a little door to open to the fan becomes largely redundant. 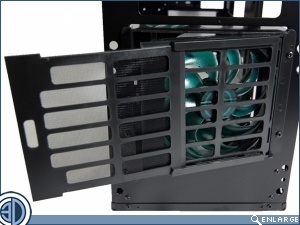 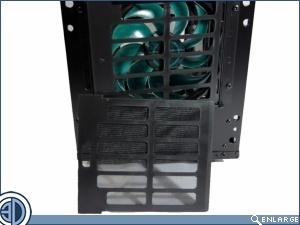 The fan itself is one of Nanoxia's own units and like the one in the rear is a 120mm, 1300RPM model rated at 14.2dB(A) it's able to shift 60.1CFM of air with a static pressure of 1.27mm H2O.  Rather than being held in with screws the fan is actually clipped in place, again an odd choice as this may lead to unwanted vibration. 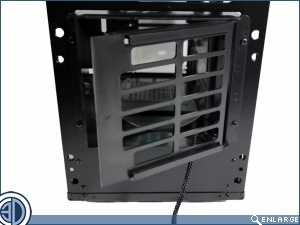 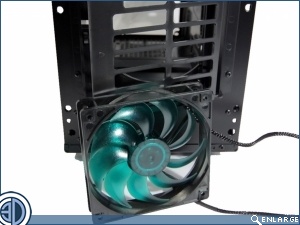 As all the front I/O cabling is hard wired to the front fascia, it's also worth bearing in mind that if you're the sort who likes to do a nice tidy wiring job at the rear of the case, if you're ever going to clean that fan filter you're going to need to cut all those carefully place cable ties and release the wires to gain some play in the cable lengths.  From the image below right, it's also plain to see that the Phantom Nanoxia Glue gun guy has been hard at work.  We're not sure whether he's not got enough time to do his part, whether he's just really crap, or whether he's decided to see how well he can do it blindfolded.  You might ask why this matters, it matters because it's in the hidden areas they we get a feel for the real quality, or lack thereof in this case. 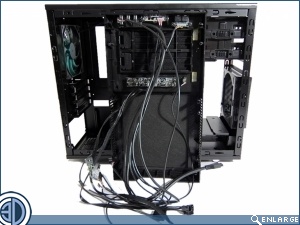 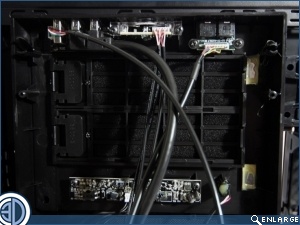