Noctua go all black for Computex 2018

Noctua's NH-D15 was released back in 2014, replacing the iconic NH-D15 as Noctua's flagship CPU cooler. Since then. Noctua has worked hard to develop superior fan technology and find other ways to increase the efficiency of air coolers, so much so that the manufacturer has managed to deliver the same performance as the D15 with a mere 120mm, single-tower heatsink.

Smaller coolers offer end-users a lot of advantages. First off, they are easier to fit inside a case, taking up less physical space than their larger counterparts and secondly they have less of a chance to conflict with your DRAM, granting users a larger selection of components to choose from.

Noctua's new NH-U12 cooler is manufactured with a total of seven heatpipes and uses dual NF-A12x25 fans, using newly redesigned heatfins to offer 37% more surface area than Noctua's current-generation NH-U12S series fan. Even with a push-pull fan configuration, Noctua promises to deliver 100% RAM compatibility, something that is impossible for the NH-D15. 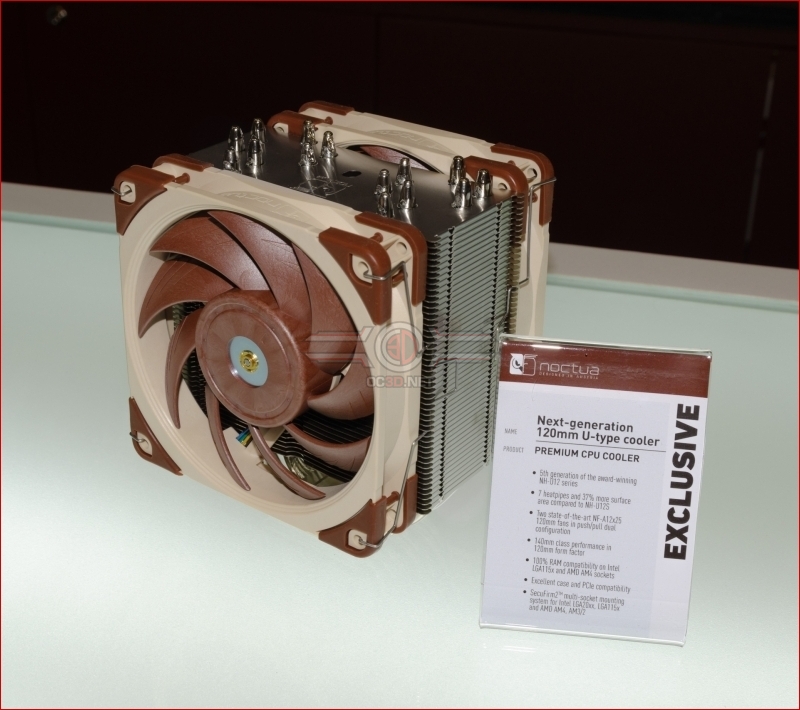 When tested side-by-side, Noctua has shown that their new single-tower 120mm heatsink can deliver the same cooling performance as their much larger NH-D15, an impressive engineering feat.

Now, we are left to wonder what Noctua would be able to do if they redesigned their NH-D15 with their latest technology. 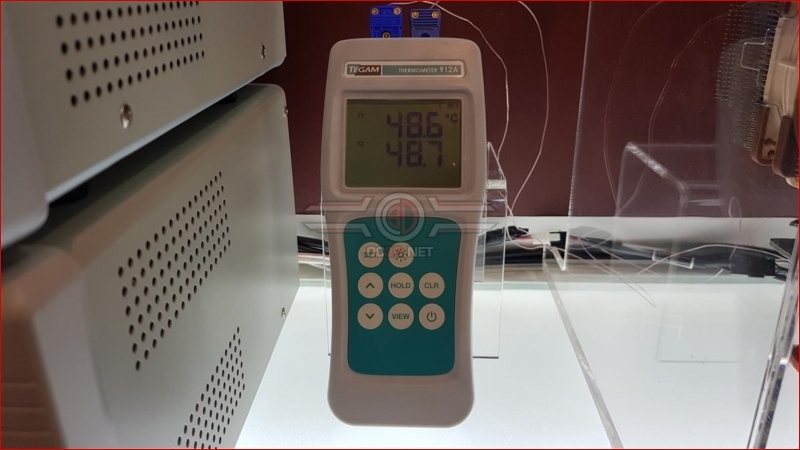 NeverBackDown
It's still annoying how the all black fans aren't even for there newest fan..Quote

Greenback
Lets hope they make enough sales, to think going black was a great move and they keep it goingQuote

AngryGoldfish
Quote:
Yeah, but I can see why. The beige and tan is Noctua, and up until now has been a way to distinguish them as extreme performance fans. Now the market is a lot more competitive. We have dozens of equally awesome, if not better fans that are just black, or black and grey, or black and white. They can't solely rely on their performance to sell fans any more.

But this new 120mm fan, it's like going back to the roots of Noctua where they were one of the only companies to consider if you wanted extreme performance at low noise levels. They can afford to go back to what they clearly prefer, which is a very distinguishable colour combination, as the fan's performance has no equivalent. No other 120mm fan performs as well. If I had that kind of power, I would want to distinguish my product visually as well.Quote

The Scythe, who no longer is a company, but the current Nidec Servo(oem for scythe) makes the Gentle Typhoons. They are and were the best static pressure fan bar none. Not even the infamous NFF12 could beat it really. They had most of the current technology Noctua has in there newest fan but from years ago in addition to a more simple and cheaper design.. but now they are hard to find and only limited selection.

With that said having owned the GTs(4) I actually just bought Noctuas latest fans and also bought the Chromax A14. So I can now compare. As far as specs go the Noctuas newest fan has more static pressure but less airflow. So testing should be interesting.Quote

Korreborg
I think the biggest problem is, that more and more people get cases with windows, so the looks play a bigger role. Not that they need to make RGB fans, but i wanted noctuas i my build, but they needed to be black, so i went ML120s and 140s from corsair.Quote
Reply