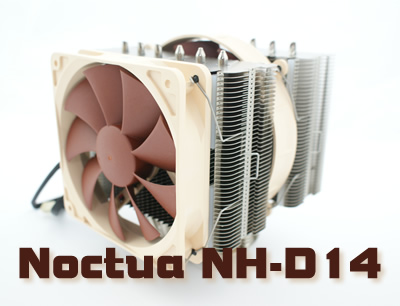 When it comes to the 1366 socket it’s not hard to realise that the cheapest CPU in the line up the 920 is also the most popular. This is re-enforced by the fact most 920 D0’s will hit the 4ghz milestone if you know your way round your BIOS. Couple this with the £210 price tag and it means they fly off the shelves.

It's this popularity that made us choose the 920 for testing today. It's not quite as simple as you may think though. Over-clocking them can be very simple, keeping them cool however is not. It's not unusual for our forum members to be mentioning over 90degrees when testing on a sub standard coolers and even the CPU’s shutting down because of the increased heat.

When it comes to over-clocking a 1366 we pulled out the old faithful set of equipment that we know inside out and back to front and set our 920 up with a 4ghz overclock (200x20) at 1.35vcore.

All tests were carried out in a temperature controlled room at 20degrees, and each of the heat sinks tested 3 times with a fresh mount and application of Arctic Cooling MX3 each time. An average temperature was taken from the 3 tests to provide our results. With each fresh mount of the heat sinks we allowed the system to idle for 30minutes before running Prime 95 on its ‘maximum heat, maximum stress’ setting for a further 30minutes before a maximum temperature was taken.

We used the new Intel 980x cooler as the first of our heat sinks to compare. It was starting to struggle without being in performance mode, although the faster fan does help it cool much better it is also pretty much unbearable to sit next to. In quiet mode it is a lot more usable, but still not acceptable for late night use and the temperatures were getting very close to the CPU shutting down.

Next in comparison was the Cooler Master V8, much regarded as one of the higher end coolers available and we also tested this at both minimum and maximum fans. The cooler did cope quite well at maximum fans managing to stay below 80c, but in silent mode the temps rose quickly above and the CPU came very close to shutting down.

Now on to the reason why we are here, the Noctua. Even with the fans running at 12v immediately this cooler stands out from the crowd, or rather hides in the shadows, as it is so quiet I even checked to see if the centre fan was actually running.  With the fans at 12v the hottest core on the CPU never went above 68 degrees. Yeah that’s right it never even got to 70 degrees! Something that was also very apparent was the sheer amount of heat pouring out the back of the heat sink, just placing your hand near the back of it you could feel the warm air, nothing unusual but the temperature and the amount of air being forced out the back at such an inaudible rate was a massive shock to me.

So stage one went very well, but for some reason I didn’t hold out much hope for the fans being run at silent, especially not with our 4ghz over clock… right? Well put your cup of tea down, swallow that mouthful of sandwich because you about to spit it out or choke in shock.

With the fans on low, which I might add is about as close to silent as you will ever get with 2x 140mm fans pushing over a heatsink, the CPU’s hottest core never went above 72c! A 4ghz overclock on an i7 920 on air, with silent fans at 72c! Not quite believing this I left the sytem running on the final test for the whole day, a total of 6 hours in the end running at 100% and still even after that it never went above 73c!

For all those that didn’t take my warning, clean your keyboard and monitor before heading over to the conclusion.

thestepster
wow that is a beast of a cooler, when i eventually get an i7 i think this is going to be a definite purchase as im still not sure about the fuss of watercoolinQuote

tinytomlogan
Its a no brainer tbh dude, its shocked me how good it is tbh.Quote

thestepster
yeah i could tell! id even consider it just now for my 775 set up cause this will destroy my true but i would need to buy new ram as this flex II is pretty beast like ram and i dunno if i have near £130-140 to replace both at the moment

tinytomlogan
if you look carefully on my RE2 the ram will go between the fan tbh, really depends on the mobo though. Deffo worth it for the cool cpu and easy instalation though. On a 775 it would rock tbh.Quote

thestepster
im gettin 60 load temps on my q6600 now since its settled down and put 2 new sharkoon silent eagle 2000's on there, but its the thickness of the ram thats my problem its this stuff i have, its about 1cm thick